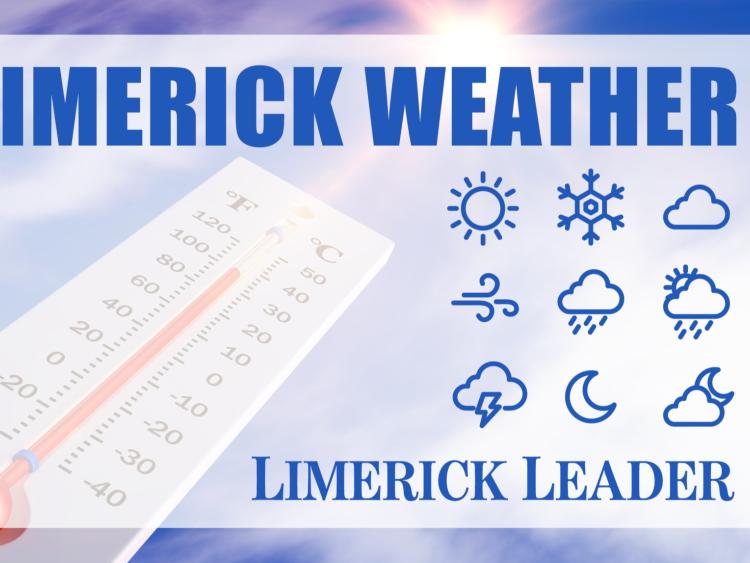 Further showers are expected on Thursday but also with some sunny intervals. Maximum temperatures ranging 7 to 9 degrees with southwest breezes veering northerly later in the day.

Thursday night: A cold night is expected with minimum temperatures of -1 to +3 degrees. A moderate northerly breeze will bring some showers to north Connacht and Ulster but it will be generally dry elsewhere with some frost.

Saturday: Another chilly day on Saturday with sunny spells and some showers, the showers becoming largely confined to eastern coastal counties later in the day. Maximum temperatures of 5 to 8 degrees in moderate north or northeast breezes. Frost and ice developing in many areas on Saturday night with scattered rain or hail showers affecting parts of east Leinster and north Ulster. Minimum temperatures of -2 to +3 degrees.

Sunday: On Sunday, frost and ice will clear to leave a cold and breezy day with bright spells and some showers, the showers primarily affecting north Ulster and east Leinster, some turning wintry in nature. Maximum temperatures of 2 to 5 degrees but feeling colder due to the added wind-chill factor in brisk northeast winds. Frost and ice will develop widely on Sunday night with scattered snow showers in eastern counties. Minimum temperatures of -3 to 0 degrees in fresh northeast winds.

Next week: Current indications suggest it will turn very cold next week with widespread frost and ice. Falls of sleet and snow are expected, especially in Leinster, with significant accumulations possible.