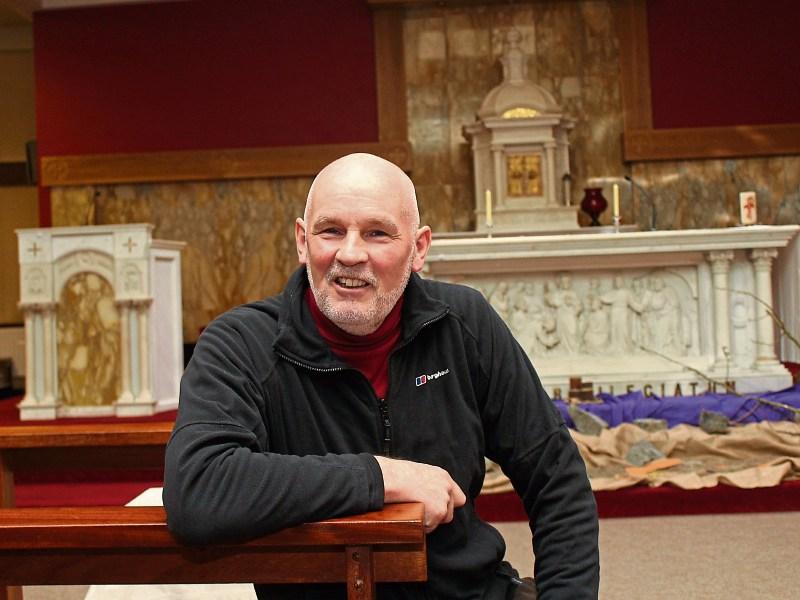 THE Parish Priest of Moyross has called on the Land Development Agency (LDA) clarify if it has any involvement in Regeneration at this time.

In an hard-hitting letter on behalf of the Moyross partners group, Fr Pat Hogan, who leads Corpus Christi church, said he is concerned following a meeting with Transport Minister Eamon Ryan last week.

Here, Fr Hogan claimed the Green Party leader had told him he had asked the LDA to draw up a new plan of “what is best” for the northside community. 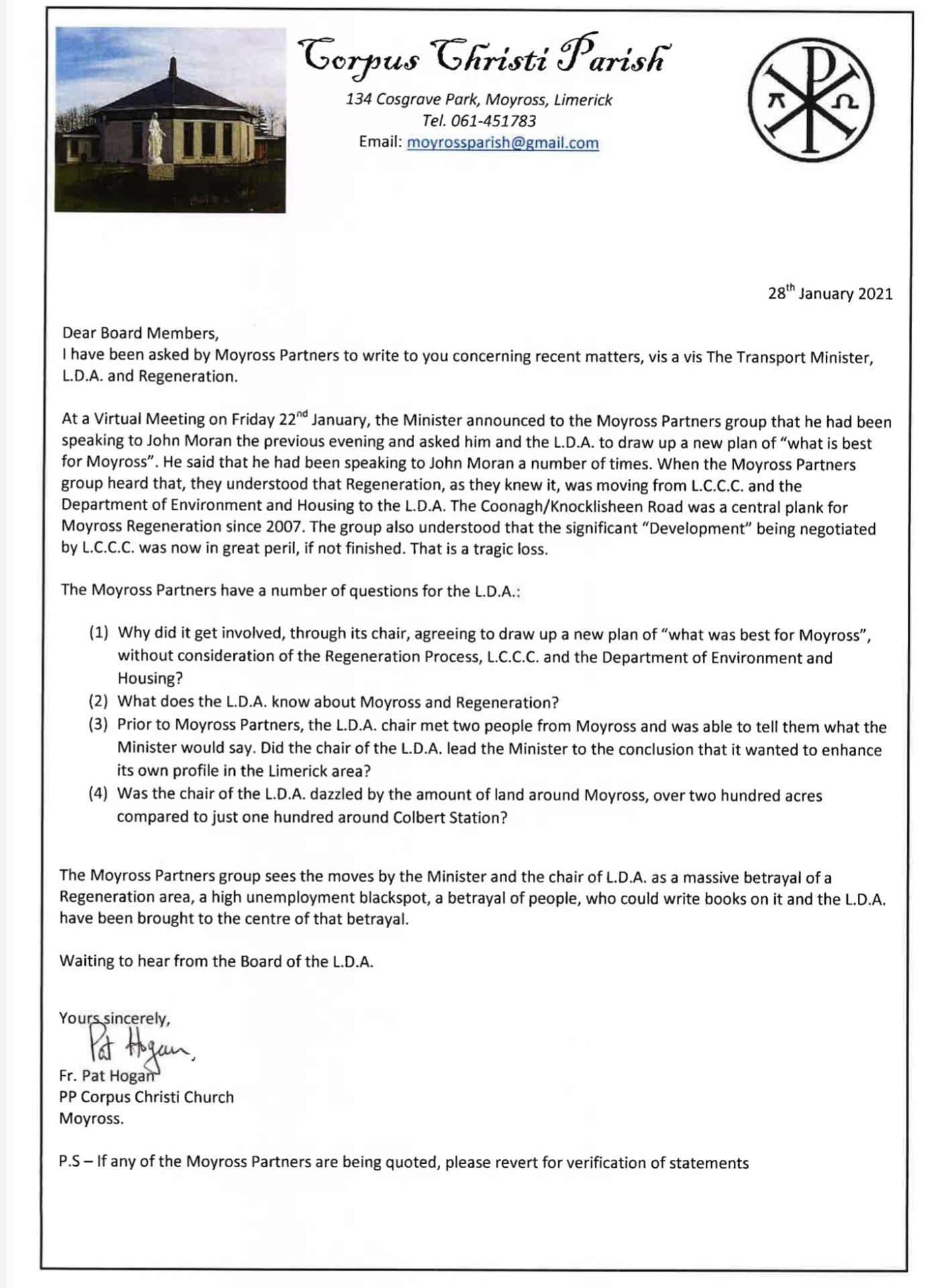 Following on from this, the priest issued the letter to the LDA, to be discussed at its board meeting today.

He asked three questions of the LDA, including why it got involved in agreeing to draw up a plan of what is best for Moyross “without consideration of the Regeneration Process, Limerick City and  County Council and the Department of Environment of Housing?”

He also questioned what the LDA knows about Moyross and regeneration, and added: “Was the chair of the LDA dazzled by the amount of land around Moyross, over 200 acres compared to just 100 outside Colbert station?”

Fr Hogan says there are He said this has led to fears in the community that the responsibility for Limerick Regeneration will once again move from the council, and be put under control of the LDA.

The LDA is a commercial, State-sponsored body that has been created to coordinate land within Ireland, for more optimal uses where appropriate, with a focus on the provision of housing. The body has a role to assess public plans under law.

Chaired by Limerick man Mr Moran – a former secretary general at the Department of Finance – it is planning to develop a significant portion of land near Limerick Colbert Station.

It’s something Fr Hogan says residents do not want to see – and he’s concerned that if the LDA does take over responsibility for Moyross, it could lead to the shelving of the Coonagh to Knockalisheen Road.

Initially, Limerick Regeneration was run by an outside body, before it was taken under control of the local authority.

The LDA are expected to issue a response to the letter following its board meeting today.