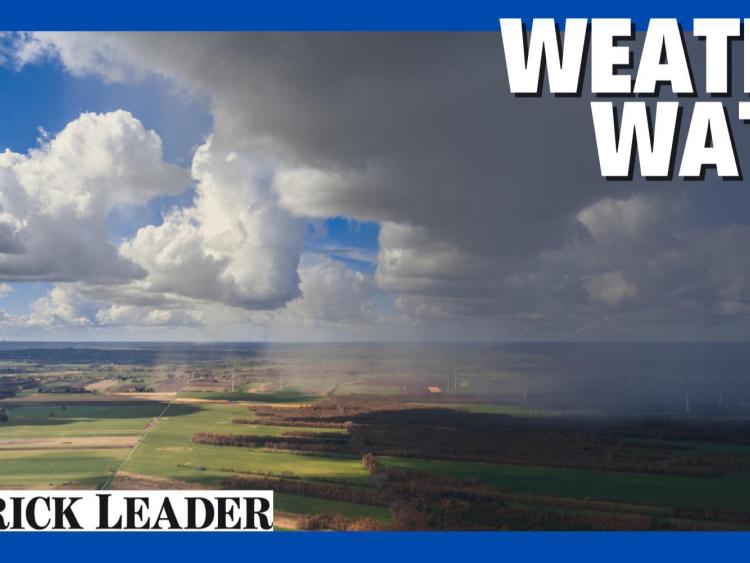 A cold and wet day is ahead for Sunday, with rain continuing through the morning and afternoon. Some dry spells will develop later. Highest temperatures of 5 to 9 degrees in moderate to fresh and gusty easterly winds.

NATIONAL OUTLOOK
SUMMARY: Cold to start but temperatures increasing for the early days of next week. Continuing unsettled.

Sunday night: The rain and sleet will continue for much of the night but becoming patchier with drier conditions developing in places. Lowest temperatures of 0 to 4 degrees generally, but around 6 or 7 degrees in the southwest. Easterly winds will ease during the night.

Monday: Another cold day with rain and sleet becoming mostly confined to the western half of the country by the afternoon. Drier elsewhere with some sunny spells developing. Staying cold throughout the day in the northern half of the country with highest temperatures of just 0 to 4 degrees with further falls of sleet or snow over Ulster. Warmer elsewhere with outbreaks of rain and highest temperatures of 5 to 9 degrees, continuing mildest in the southwest in moderate to fresh east to southeast breezes.

Monday night: A band of heavy and persistent rain will move into the southwest early in the night, spread northeastwards across the country, with a clearance to scattered showers following. Lowest temperatures of 0 to 5 degrees, but milder in Munster with lows of 5 to 7 degrees. Moderate east to southeast winds will increase fresh and gusty in Ulster with some further falls of sleet or snow there.

Tuesday: Rain will continue to clear through Ulster in the morning with widespread showers elsewhere, merging to longer spells of rain during the day and night along with a risk of hail. A milder day generally with highest temperatures of 7 to 10 degrees in light to moderate southeasterly winds but staying quite cold over Ulster with highest temperatures of just 3 to 6 degrees with fresh and gusty easterly winds. Overnight lowest temperatures of 2 to 6 degrees with clear spells. Mist patches will develop in light to moderate southerly breezes but fresher on southern coasts.

Further outlook: Remaining unsettled with further showers or spells of rain. Highest temperatures of 5 to 10 degrees.