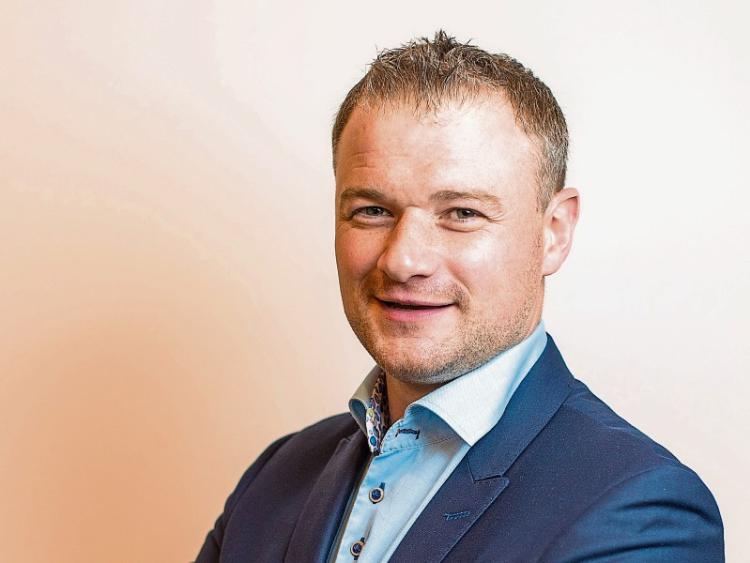 Will Corcoran, manager for the Mid-West region

DESPITE tough times brought about by Covid-19, IDA Ireland is still aiming for 76 investments in the region over the next few years.

As part of this, the job creation agency will construct its own advanced manufacturing centre between now and 2024, as well as upgrading its stock of business parks across the region including the National Technology Park in Plassey.

The IDA’s manager for the Mid-West region Will Corcoran, who has been in the role for just over a year, said the advanced facility will act as an attractor to bring more companies in.

“The advanced manufacturing space is a huge win for Limerick and the Mid-West. I think it will help our existing client base to remain competitive, but it’s a huge thing we can also use to attract companies who want to be close to the advanced manufacturing centre, and have the ability to leverage the technology and the training it will bring,” he said.

The IDA Ireland is also looking to identify a “strategic” site in an as-yet-unidentified location in the region.

”We are lucky we have a good supply of high-quality landbanks across the region. We, as an agency, are always looking to replenish these,” said Mr Corcoran.

One criticism levelled at the IDA in the past is that nowadays in Ireland, the majority of jobs and investments it secures are aimed at the graduate market.

However, Mr Corcoran points out that for every new investment, there are often a lot of unseen positions.

“While we look at the direct employment, you must also look at the indirect employment. That sub-supply base of companies which provide parts, components into these industries. There is a huge knock-on effect. In more normal times, the impact these FDI companies have in terms of bringing their executive leadership teams in, doing training. They’re obviously booking hotels, having dinners, and the knock-on effect of spending impacts staff in the community,” he explained.

Mr Corcoran added: “I know from speaking to heads of sites, they are conscious of that. They want to buy local and support local companies as part of their supply chain.”

Tell us a little about your role with IDA Ireland?

In my capacity as regional manager for the Mid-West, I’d look after Clare, Limerick and Tipperary. It’s a huge honour to have that responsibility. Essentially myself and my team support our existing client base in the region. We work with our overseas teams and operational teams to attract the next wave of investment. IDA Ireland has offices right across the world, from Shanghai to Sydney to the Silicon Valley. I’ve spent just shy of 10 years in California, so I understand the work my colleagues do in terms of knocking on doors and creating that first chance to pitch Ireland and getting things to land in the Mid-West. I aim to present Limerick and the Mid-West in the best light it can be presented.

How did it feel to be offered the role of mid-western regional manager?

I have been in this role for just over a year. I think it was the last day of September 2019 when I officially started. It is a huge honour. You’d understand there would be challenging days as well as good days. But what attracted me to it was that opportunity to create input and particularly in the Mid-West, the region where I’m from. I am from Tipperary, I went to college in the University of Limerick. I’ve many close friends in Co Clare, so the opportunity to have impact close to home means a lot to me.

I'm from Silvermines, and now I am living in Ballina.

I studied law and European Studies at the University of Limerick. I have to say, I loved my time there. A beautiful green campus. I had the opportunity to take part in the co-operative education programme which is a huge advantage to the region. I did that within the university’s co-op and careers department. I had a law background with German and sociology. I decided to progress that a bit further, so I did the New York Bar exam to internationalist my legal qualification.

From there, I joined Enterprise Ireland on its graduate programme. That helped indigenous companies on how they could access the US market. I spent the guts of the last decade in the USA, initially with Enterprise Ireland. With them, I was helping Irish companies try to break into the US market. Then I joined one of these companies, Iquate, to help it set up operations on the West Coast. I had good fun in enterprise and sales before I joined IDA Ireland.

What attracted you to this role?

Even before I joined IDA Ireland, I would have seen some of the IDA overseas colleagues in action. I was always impressed at how polished and driven they were. Like anything in life, if there is a good mission behind it, and our mission is trying to attract inward investment for the betterment of Ireland and our community, I think that’s a really strong mission. There is never an issue with motivation where you’re in a role where you can have impact like that. I feel really lucky and privileged to be back home in this role.

How has IDA Ireland responded to the Covid-19 pandemic?

We have had a period between 2015 to 2019 of overall sustained growth. There are always challenges along the way. There will always be one industry struggling or a particular sector that’s having a tough time. At the time in 2019, we were looking at challenges like trade tensions, Brexit, things like how the workforce can adapt to future talent needs of companies. Of course Covid-19 wouldn’t have been on my radar in September 2019. That's obviously had a huge overall impact both as an agency, and for our clients that we represent and support. The very immediate impact would have been companies looking at their own supply chain on the demand, and also on the supply side, quickly followed by their own workforce.

How have you responded to the lack of Foreign Direct Investment visits?

We have shifted our focus, and been able to host virtual itineraries of companies.

In business and life, who would you look up to?

I think Barry O’Sullivan at Johnson and Johnson, for what he’s achieved there in terms of building out the plant. It’s incredibly impressive. More so than what he’s achieved there, but he has a huge desire to help the wider business community. There is a huge sense of community, and it’s an advantage in the region that we do come together and work on problems.

I love watching hurling. As a Tipperary man, it’s not been a great 2020! But it’s good to see the prizes spread around a little bit. It’s a pleasure being able to watch all the great entertainment it provides. Even being home, the ability to go up Keeper Hill and Moylussa, and the Ballyhouras and the Galtee Mountains.

We’ve a huge amount on our doorstep. I hope it’s something we can really appreciate out of Covid-19.