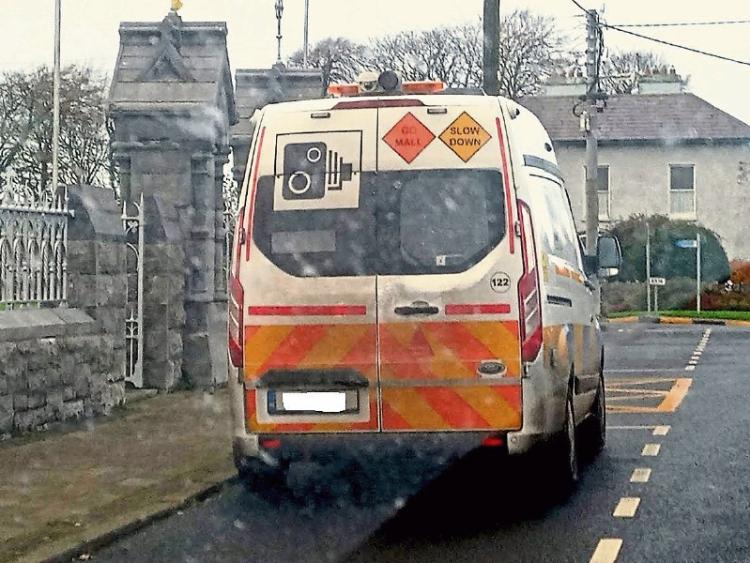 LEGALLY there is nothing to stop a speed van from setting up outside a church but is it within the “spirit” of the law?

Cllr Mike Donegan has raised the question at a number of Cappamore-Kilmallock Municipal District meetings. Yet, he got reports that a speed van was back again outside SS. Peter & Paul Catholic Church, Kilmallock on Saturday.

Cllr Donegan said a number of locals have raised their concerns about the holy location being used to catch speeding motorists.

If you are rushing to get to Mass in Kilmallock you could easily find yourself before a judge after you’ve been before the Lord. Not even an all powerful God can remove penalty points from your record...

“It is not an ideal location to have a speed van because of the religious aspect,” said Cllr Donegan.

Back when regular Masses could be celebrated, the Kilmallock councillor said elderly people often drove into the church grounds.

“When they are coming ou  the van can be half blocking the entrance and there is an issue with sight lines. It is not ideal to have it there,” said Cllr Donegan.

He stresses that he doesn’t condone driving too fast in the town and has worked hard during his tenure in the council to reduce speeds in built up areas across the municipal district.

“I am hoping that they would reconsider the location. Maybe there is a more suitable location away from the church,” said Cllr Donegan, who plans to put down a question to the next local joint police committee meeting asking how many times has the speed van been at the church in Kilmallock in the last six months.

When Cllr Donegan raised the issue with Bruff Superintendent John Ryan he said he too had received reports of the speed van at the church.

Speaking at a Cappamore-Kilmallock Joint Police Committee meeting last year, Supt Ryan said the locations are chosen by the national bureau. He said he agreed with Cllr Donegan that the speeding van shouldn’t be at the church during the day-time and would make contact with GoSafe.

Supt Ryan said it can be difficult for speed vans to pull in to operate in certain locations.

“For us they are a huge deterrent to drivers speeding,” said Supt Ryan.