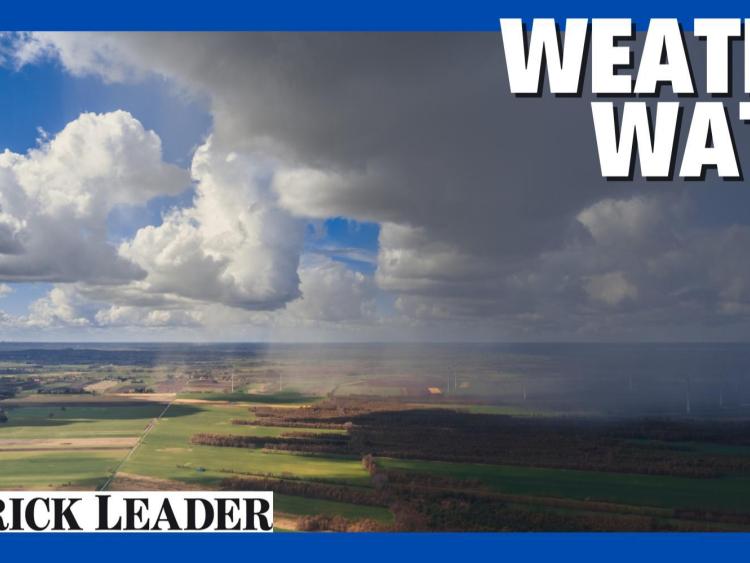 Thursday morning will be mostly dry with some bright or sunny intervals developing. Rain will develop in the southwest by the afternoon and will move northeast across Munster through the afternoon and evening. A mild day with highest temperatures of 10 or 11 degrees, with moderate south to southwest winds freshening later. Click here for more:

NATIONAL OUTLOOK
Summary: Unsettled with spells of rain. Generally mild at first, but becoming cold again at the weekend.

THURSDAY NIGHT: Rain will continue in the northeast for a time early Thursday night, but will clear northeastwards overnight leaving scattered showers and some clear spells. It will be breezy in the south and west with fresh southwesterly winds, but winds will be light to moderate elsewhere. Lowest temperatures of 5 to 7 degrees.

FRIDAY: Friday morning will be generally cloudy with scattered outbreaks of rain. These will become more isolated during the afternoon, allowing some sunny spells to develop. Turning cloudier in the southwest however, with rain arriving here later in the afternoon, becoming more persistent and occasionally heavy through the evening. Light to moderate westerly or variable winds will back east to southeast and freshen later. Highest temperatures of 8 to 11 degrees.

FRIDAY NIGHT: Rain will affect the south and west of the country on Friday night and it will become breezy with moderate to fresh easterly winds. Lowest temperatures of 3 to 8 degrees, coldest in Ulster.

SATURDAY: Outbreaks of rain, mainly in the south and west, are expected to clear on Saturday morning, leaving a dry afternoon with sunny spells. Colder than recent days, with highest afternoon temperatures of 4 to 8 degrees, in moderate to fresh east to northeast winds.

SATURDAY NIGHT: Saturday night will be cold, dry and clear at first. Lowest temperatures of -1 to +5 degrees will occur early in the night, coldest in the north and east where there will be a risk of frost. Cloud will increase from the west and it will become wet in the west and south overnight, with rain possibly turning to sleet in the northwest. Becoming windy countrywide too, with fresh to strong southeasterly winds developing.

SUNDAY: Sunday is currently expected to be a wet and windy day. A cold day too, especially in the north and east, with falls of sleet or snow possible.

OUTLOOK FOR NEXT WEEK: Staying unsettled with further spells of rain.