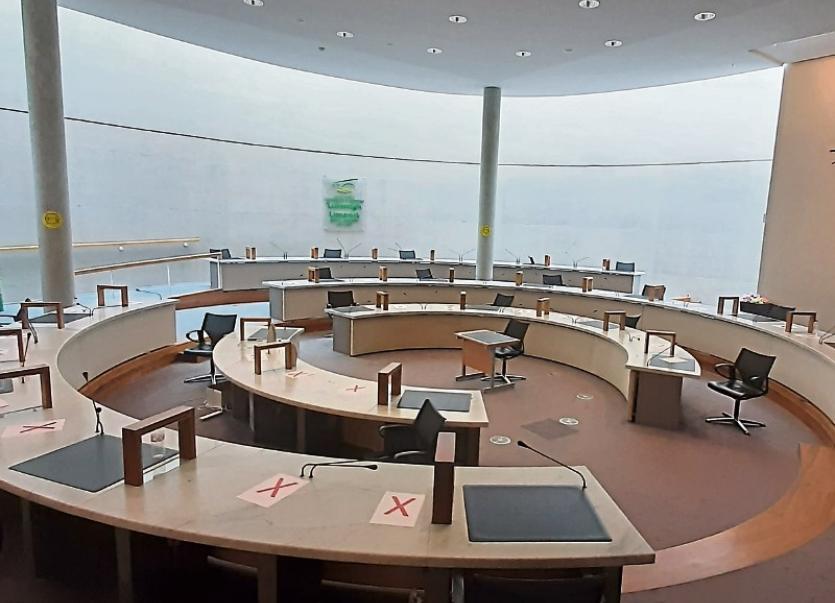 THE creation of the role of Limerick’s executive mayor has been hailed as “the biggest reform" to local government since “the foundation of the State”.

The Junior Minister in charge of the scheme Peter Burke was speaking after further details of the proposal were yesterday revealed.

Work to draft legislation to create the role for the executive position – with a €130,000 salary – will begin immediately, with Mr Burke targetting the maiden election in the “quarter four” this year.

“That is ambitious. That’s our target. It will all depend on the prevailing public health advice at that particular time. We have to be respectful of that. It’s hard to know what the landscape will be like in quarter four, but that is our aim as we speak to you,” said the Minister of State for Local Government and Planning.

As part of the reform, a new role, that of príomh-comhairleoir will be created, with their job to be to chair meetings of the council, and act as a speaker for the local authority.

This summer, Cllr Daniel Butler is expected to be named the Mayor of Limerick City and County as part of a grand coalition deal which since 2014 has seen Fine Gael and Fianna Fail share the top positions.

If the election for an executive mayor takes place this autumn, that will be the final time councillors hold a ceremony to elect a first citizen from their number.

Instead, it will be up to the public to decide, with the first term expected to run up until 2029 before it switches to regular five-year intervals.

If Limerick does go to the polls in the final quarter, Cllr Butler will be part-way through his term. Unless he contests – and wins – the election to become the Directly Elected Mayor, it’s anticipated he will become the first ever príomh-comhairleoir, in itself a high-profile role.

Addressing reporters at a special briefing last night, Tim O’Connor, who chaired the Independent Advisory Group (IAG) set up to recommend measures associated with the new mayoralty, said: “It’s part of the system of checks and balances. Looking at international practice, in a very great number of places it’s the case. In New York, you’ve the mayor, and a speaker who chaired the meeting. At the time I was there, that role was carried out by a good Irish American at the time, Christine Quinn.”

Mr O’Connor said the group has recommended there would be “the normal allowance” associated with the role, with Limerick’s current first citizen earning €50,000 for their year in office.

“This would be a one-year role. Príomh-comhairleoir in English translates to first councillor. That role of the chair will be rotated on an annual basis, similar to the current mayor role in the council, and there would be the same kind of allowance going with that,” he said.

Mr Burke confirmed that the report of the IAG had been accepted by government, and they would try and implement as many of its recommendations as possible.

“There are a series of objectives which do require a bit more work and will require significant agreement with different departments. I don’t want to oversell that part. But this is a very exciting day. We will try and deliver as much as we can on the very first day,” said the Westmeath TD.