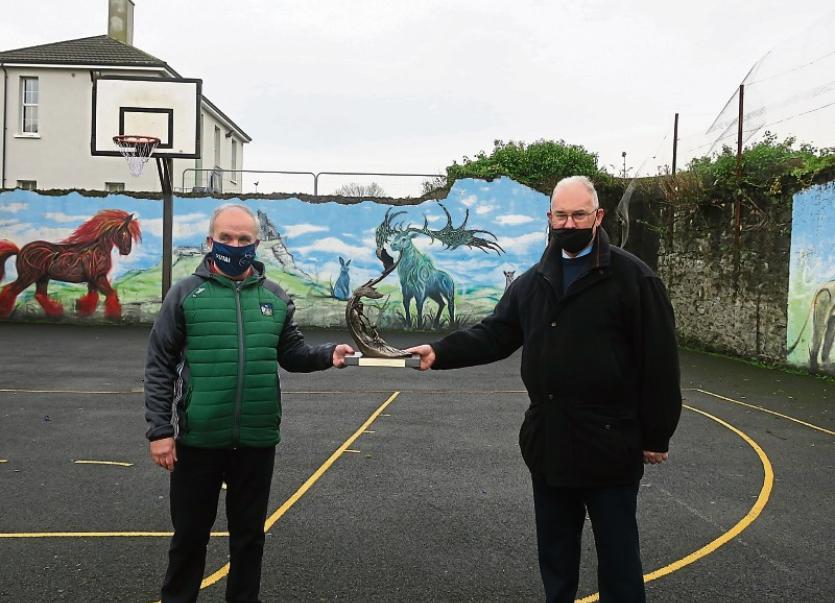 TO SAY that the O’Sullivan family have put a lot ‘INTO’ the education of children in Limerick would be the understatement of the century.

Indeed, it is a lot longer than a century in cumulative years that they have spent in classrooms.

Mike O’Sullivan has just retired as the deputy principal of CBS Primary School, Sexton Street after 25 years. It was where he attended himself as a boy. Mike spent 14 years teaching in between at St Senan’s.

His dad, Jody, also taught at CBS Primary School, Sexton Street. After 42 years there he retired as deputy principal in 1977. Mum, Nellie, taught in the Limerick School of Music.

They had four children – Mike, Tom, Joe and Mary. All four became educators. And the three boys married – yes, you guessed it – three teachers.

Tom was INTO assistant general secretary and taught for about 25 years in St Senan's prior to that. His wife, Eilish, taught in St Mary's Convent School.

While Mike’s sister Mary taught in the Limerick School of Music and is now teaching drama and English in Dubai.

Mike jokes that it must be why his two daughters – Aoife and Lorna – are both studying psychology!

But the 61-year-old wouldn’t change a thing about his teaching career.

“I thoroughly enjoyed it. I like to think I developed a good sense of humour in children as well which is very important, to develop their personality. It’s nice now when you'd be in town pre-Covid and you'd meet a past pupil, that's what I would enjoy,” said Mike.

Changes over the decades have been both good and bad, he says.

“My own feeling is that we have possibly gone too much overboard on the paperwork of late - everything has to be regimented. There was a famous story by the poet Gabriel Fitzmaurice. He was in the classroom, a bird hit the window and fell, so he took all the kids outside and they nursed the bird back to health.

“You wouldn't be able to do that nowadays. We'd nearly have to get all the forms in, permission, check with your principal, check with your health and safety rep, get garda vetting etc. I'm probably being a bit facetious...” said Mike but his point is well made.

On the plus side, he said it is more child-centred now.

“There's a greater ability to channel in on whatever talents children might have. When I started it was subject-centred, and you might have kids falling by the way side, but now it’s much more child-centred,” said Mike

A recent addition he is isn’t a fan of is teaching from home.

“I did it last year for a short time before I retired and my wife is online as we speak. You're at the mercy of the internet, whether you have good internet yourself or the children have. It’s not the same at all. You can understand that schools had to close but please God we'll get the vaccines out and get schools back safely. It would be far better, there is no doubt,” said Mike.

And when school does resume there will be no Mr O’Sullivan teaching in CBS Primary School, Sexton Street like there has been for the majority of years since 1935.