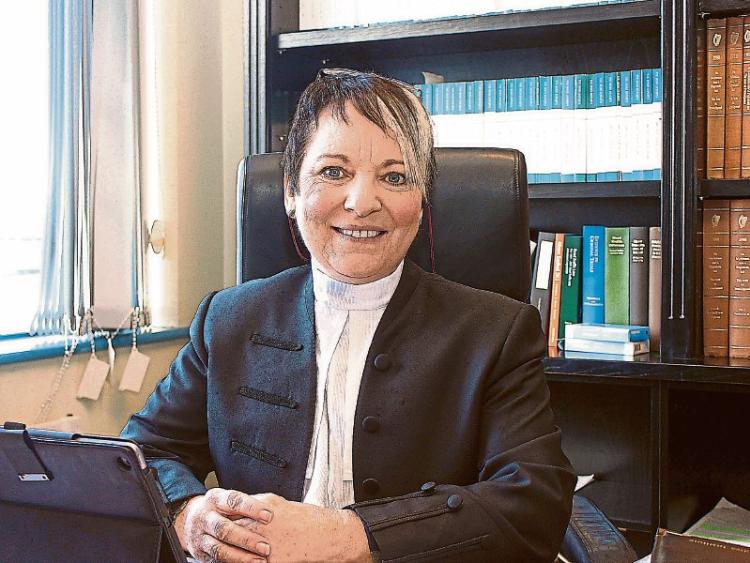 TRIBUTES have been paid to district court judge Marian O’Leary who has taken up a new role in Cork City.

The former nurse and solicitor was appointed to the bench in April 2014 and was permanently assigned to preside over court sittings Limerick and Kilmallock the following February.

Speaking on her final day presiding at Limerick District Court last Friday, the Cork native year-old thanked everyone she worked with during her time in Limerick.

“I came to Limerick six years ago knowing no one and, let’s be honest, knowing very little slash nothing about crime. I need not have worried because little did I know at the time that I was going to be working with the most fantastic group of people I could ever have hoped for.

“Each of you took me under your wing and carried me for the first year while I was learning the ropes” she said.

Limerick District Court is one of the busiest in the country and during her time Judge O’Leary, 66, played a significant role during the transition from the former courthouse at Merchant’s Quay to the current facility at Mulgrave Street.

“I came here knowing no one and I am leaving with great friends, trusted colleagues, wonderful memories knowing a lot more about crime and for that I am truly grateful,” she said.

Representatives of An Garda Siochana, The Irish Prison Service and The Probation Service all thanked Judge O’Leary for her work and support during her time on the bench in Limerick.

Judge Patricia Harney has been permanently assigned to district 13 with effect from next month.