War of words: Limerick Minister jabs back at rival TD over vaccine comments 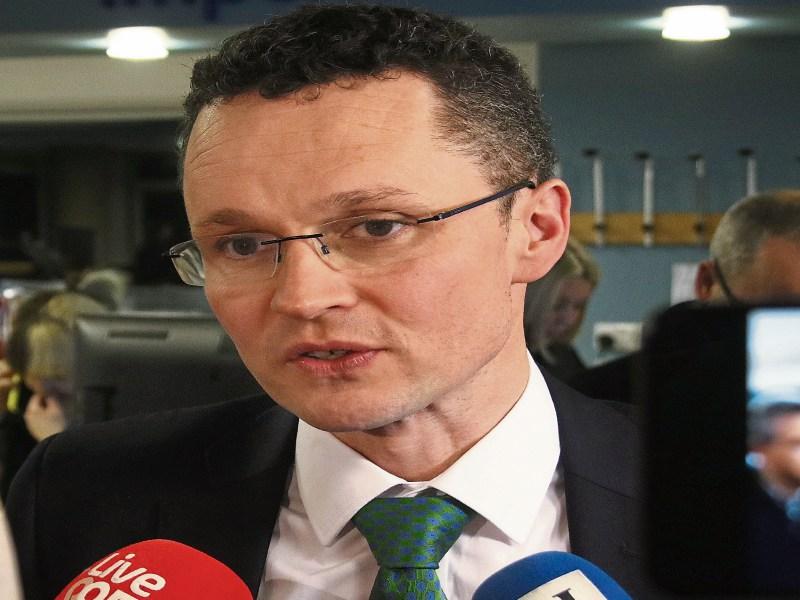 MINISTER Patrick O’Donovan has taken a jab back at Deputy Richard O’Donoghue over his comments about him and the vaccine in the Dail last week.

Speaking about vaccine issues and concerns, during questions to the government, Deputy O’Donoghue announced he will take the vaccine after previously expressing reservations. He also brought up a “junior minister for Limerick” (Patrick O’Donovan) saying in the Leader, “Waiting to see how your neighbours get on (with the vaccine) is cowardly”.

In response, Minister O’Donovan said: “I was flabbergasted when I heard the contribution because in the Limerick Leader article in question I didn't refer to any individual and I never named anybody.”

Deputy O’Donoghue asked in the Dail is it OK in this country to ask a question?

“Is it OK in this country to be scared? Six weeks ago I was asked would I take the vaccine and on that same day I answered truthfully that I would have to speak to my doctors because they were dealing with an underlying condition that I was dealing with.

“My doctors told me when the vaccine becomes available they will advise me to take it and I will take it. People have put out a stigma that it is not OK to ask a question,” said Deputy O’Donoghue, whose advice to anyone who has concerns is “consult your GP who knows you best”.

Deputy O’Donoghue said he agreed with “every sentiment” the tanaiste said.

“So you would be right in saying, tanaiste, it isn’t OK for one of your junior ministers to come out and call people cowardly that were asking for medical advice and asking questions because your junior minister for Limerick came out and stated this in a newspaper that people were cowardly that asked questions, and that to me is completely wrong,” said Deputy O’Donoghue.

In a statement to the Leader, Minister O’Donovan said he thinks if people are bringing up articles from the Limerick Leader, or any paper in the Dail, then “at the very least they should make some attempt to do it accurately”.

“I was flabbergasted when I heard the contribution, because in the Limerick Leader article in question I didn't refer to any individual and I never named anybody.

“Also I wasn't referring to people who seek clarification on the use of the vaccine or the science behind them as my own background in science has always thought me the importance of seeking informed answers to important and relevant questions,” said Minister O’Donovan.

He continued: “However, what I was referring to is those in positions of leadership who say, and have said, publicly that they won't take the vaccine, and who challenge the science without one ounce or screed of credibility in a Trump-like roaring and shouting fashion.

“We know how dangerous some anti-vaccine and anti-mask people are with the conspiracy theories and anti-science rubbish they have spread online. And having seen what has happened in America and other countries recently it is not the type of politics we need here in Ireland.”

In conclusion, the minister for the OPW said if some people in politics take issue with the Limerick Leader article, “even though they are not referred to in it, and I never named anyone, then that's a matter for them to explain to be honest rather than it is for me”.