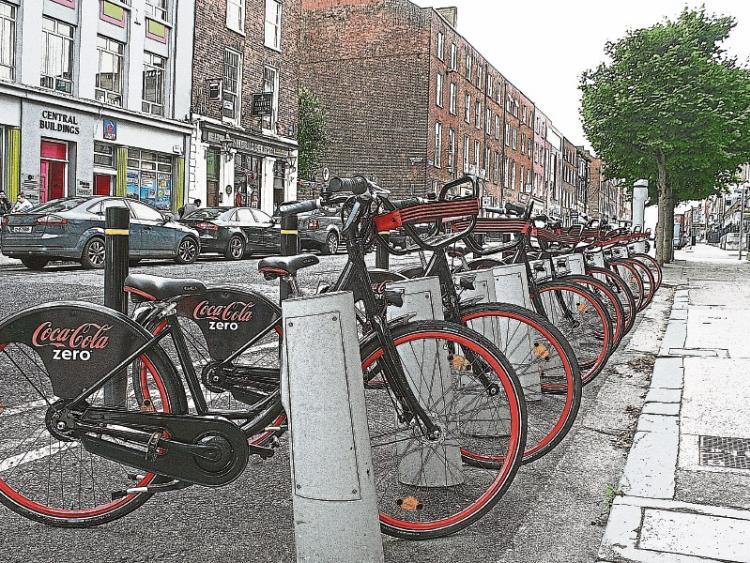 THE National Transport Authority (NTA) and the operator of the Limerick bike scheme are to called before local councillors amid concerns at the service.

Members of the metropolitan district unanimously passed a motion from Independent councillor Elisa O’Donovan caling on the NTA and Telfourth to brief members on the scheme.

Sponsored by Coca-Cola, and in place since 2014, councillors have complained at what they see as a downgrading of the service.

Cllr O’Donovan, a regular user of the service said: “It has become unfit for purpose. You can’t rely on it. There are constant maintenance issues with bikes.”

She is also concerned at the fact new stations have not been put in place in recent years, and has been asking questions on this as far back as 2017.

Then, she said she was told that facilities at the Limerick Institute of Technology and King John’s Castle would be operational by the first quarter of 2018. A similar request last year suggested new stations would be opened early this year.

“Nothing has changed since since 2018. They are fobbing us off with answers which we know are not the reality on the ground. We need the NTA and the company running the scheme to meet with councillors so we can ask these questions of them,.”

“In cities across Europe, public bike schemes are flourishing. Here in the regional cities, we have falling numbers of users. That’s really sad to see,” said Cllr O’Donovan.

Her motion was seconded by Fine Gael councillor Daniel Butler, who added: “The maintenance of the current stations is appalling. Some of them have nearly become an eyesore in our city. We’ve had numerous promises of extensions.”

Northside Fine Gael councillor Olivia O’Sullivan said the wait for the bike scheme to extend to LIT has been “ridiculous”.

“It feels like it’s never going to happen. It’s a continuous fob-off at this stage. It doesn’t feel realistic. We need a firm commitment,” she said.

Sinn Fein member Sharon Benson pointed out there is a “serious shortage” of bike stations north of the Shannon.

And Green councillor Sasa Novak added: “We need a channel of engagement with the NTA anyway, so we can feed back the needs of the city.”