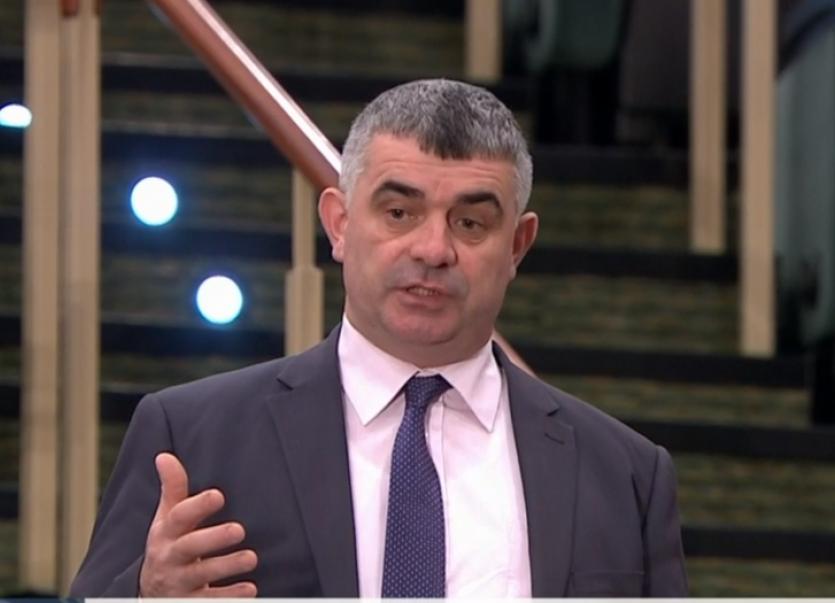 DEPUTY Richard O’Donoghue said in the Dail this Thursday that he will take the vaccine.

He also hit out at a junior minister for Limerick (Patrick O’Donovan) saying in the Leader, “Waiting to see how your neighbours get on (with the vaccine) is cowardly”.

Speaking during questions from opposition leaders or their representatives to the government, Deputy O’Donoghue said he had been informed that people have been "called twice to get their vaccinations to be told within the hospital system they are out of it and come back in a few days time".

Talking about his own attitude to the vaccine, the TD asked is it OK in this country to ask a question?

"Is it OK in this country to be scared? Six weeks ago I was asked would I take the vaccine and on that same day I answered truthfully that I would have to speak to my doctors because they were dealing with an underlying condition that I was dealing with.

"My doctors told me when the vaccine becomes available they will advise me to take it and I will take it. People have put out a stigma that it is not OK to ask a question,” said Deputy O’Donoghue, whose advice to anyone who has concerns is "consult your GP who knows you best".

"I think that is entirely reasonable. I worked in vaccine clinics. People would have questions and concerns and my job was to answer questions, give background information and assuage their concerns. We are both on the same page in that regard," said Tanaiste Varadkar.

Deputy O’Donoghue said he agreed with "every sentiment" the tanaiste said.

"So you would be right in saying, tanaiste, it isn’t OK for one of your junior ministers to come out and call people cowardly that were asking for medical advice and asking questions because your junior minister for Limerick came out and stated this in a newspaper that people were cowardly that asked questions, and that to me is completely wrong,” said Deputy O’Donoghue.

He said he has people ringing him from University Hospital Limerick that say they "haven’t been vaccinated yet, yet there has been people not working within the hospital system that are out on leave that have been called in for their vaccinations".

"I had people yesterday (Wednesday) that were called twice to get their vaccinations to be told within the hospital system they are out of it and told, ‘Come back in a few days time we might have it then’.

"I have never questioned frontline staff in this country - I commend them wholeheartedly but I do question the management of certain hospitals in how to manage this pandemic and how to manage their staff and do not call somebody for a vaccine if you do not have the vaccine," concluded Deputy O’Donoghue.

Tanaiste Varadkar said he knows there have been issues from time to time in individual hospitals on individual days of vaccines running out but "by and large the people who are providing our vaccines in our hospitals and healthcare settings are doing a very good job".

"Bear in mind over 60% of deaths occur to people who are residents in nursing homes so think of the different space we could be in when we achieve that. It is intended that all healthcare workers will have received their first dose and second dose by end of February. And then of course we will be able to move on to over 70s," said Tanaiste Varadkar.