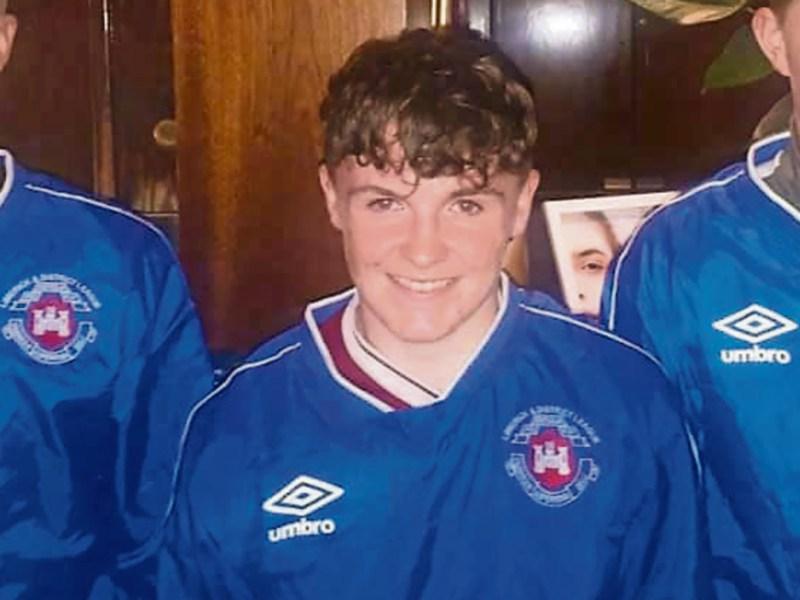 THE bereft father of a young sportsman who lost his battle with cancer has paid a heartfelt tribute to his “hero” son.

There is immense sadness right across Limerick at the passing of young Rian O’Halloran, aged just 15.

Addressing the funeral, his devastated father Ray O’Halloran ​described his son as a “truly exceptional young man” in the way he battled osteosarcoma, a rare condition which targets young sportsmen.

The Old Singland Road lad had to have his leg removed at Crumlin Hospital, while schoolpals at St Clement’s College had been raising money to enable their home to be adapted.

“We have seen this on many occasions where more mature adults would be forgiven for feeling sorry and having moments of anger and outbursts of frustration. But this hero of ours met the challenge the only way he knew how,” he said.

Rian’s dad recalled how just before the operation last August, the youngster comforted his mother Debbie.​

“In the middle of his own despair and anguish, Rian turned to his distraught mother and said Mam, no matter what happens, we will get through this together. There and then I knew we were in the presence of a truly exceptional young man, more concerned with reassuring his mother than his own self-pity,” he told the funeral Mass, which was officiated at by Fr Noel Kirwan.

The youngster loved superheroes, and all the man at the funeral Mass wore a symbol of his favourite one, Spiderman, on their ties.

At the altar sat a cuddly Spiderman toy, coupled with a Shelbourne soccer jersey, a St Mary’s Flag, a rugby ball, and a picture of Rian in action for the Limerick Kennedy Cup team.

Ray recalled Rian’s joy when he was called up to represent his city.

“I can still remember him sitting in our kitchen staring at the email to confirm his place in it, and you couldn’t remove the smile from his face. He was never far away from having a smile on his face and never more so then when he was up to some kind of mischief,” his father said.

A real competitor, Rian had, his father, said an “amazing intensity, drive and passion” at every soccer or rugby training session.

“He treated these as important as if he was playing a match he had to win. As a result, I’ve seen hi  tackle some of his own teammates harder then he would do an opposition player. This is what drove him,” Ray added.

Rian’s love of Spiderman – and superheroes in general – goes back to his days as a toddler.

He insisted that everyone at his fourth birthday party turned up in a superheroes outfit!

Fr Kirwan said: “His smile, his eyes, it captures the life and the brightness in him. This young man who didn’t buckle under pressure, who stood strong. The gift he had was bringing people together, the captain of a team, chosen as clubman of the the year, or team member of the year because of what he showed to the others and what he invited into the others, his teammates.”

The funeral Mass ended with the playing of You’ll Never Walk Alone, the anthem of Rian’s beloved Liverpool FC.