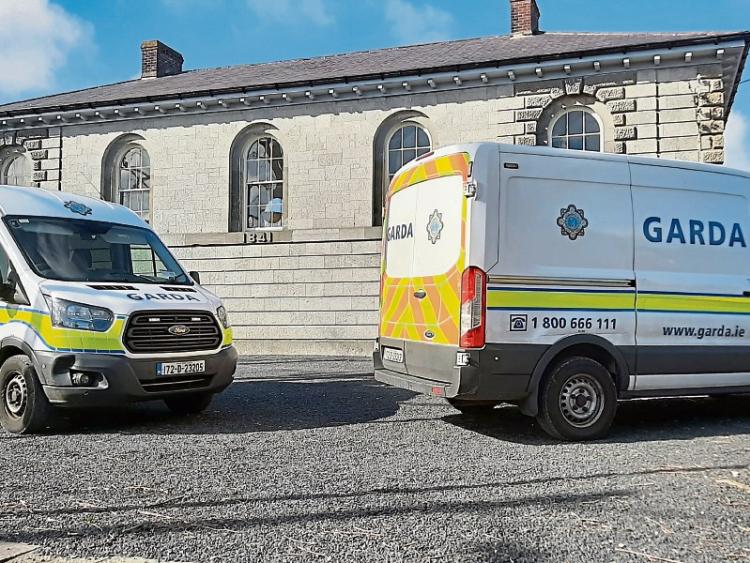 PROPERTY stolen from the former home of an elderly nursing home resident was recovered when gardai searched a car which had broken down.

Marcin Wilczewski, 27, who has an address at Templegreen, Newcastle West has pleaded guilty to handling the stolen property near his home on October 18, last.

Inspector Gary Thompson told the local court that after gardai were alerted to the car, which had stalled, they opened the boot and located the property inside.

He said it was subsequently established that it had been stolen from a house in the Ballynoe/Castletown area which was vacant as the former occupant is now living in a nursing home.

Mr Wilczewski did not own the car and he did not have insurance or a driving licence. The vehicle was seized by gardai on the day.

Judge Mary Larkin was told he broke into St Molua's Church, Ardagh in the early hours of March 29 where he broke a candelabra and stole around €30 in coinage.

“A gym membership card found at the scene was forensically linked to him,” said Insp Thompson.

The most serious of the offences occurred at Rathnaneane, Newcastle West on two separate dates in early March when the defendant damaged a number of “public washing machines” in an attempt to steal coinage.

Inspector Thompson said the machines, which are located  outdoors in a public area, were extensively damaged and that around €1,500 worth of damage was caused.

Mr Wilczewski, he told the court, was identified as a culprit after an elastoplast found at the scene was “linked forensically to him”.

Solicitor Michael O’Donnell said his client, who has 24 previous convictions, has a drug problem and that his motivation was to get money to buy drugs.

“He has a multitude of problems,” he said adding that the defendant had left school at an early age and that he travelled from Poland to Ireland for work a number of years ago.

He said the father-of-four was not involved in the burglary at the pensioner’s home and that he got the stolen property from a “man from Limerick” at a car boot sale.

He said the car he was driving had “conked out” on the day he encountered gardai and that when questioned about the stolen property he “gave as much information as he could”.

Judge Larkin was told the defendant has been in custody since last November as he has been unable to take up bail.

Imposing sentence, she commented that Mr Wilczewski is “not very professional” at his job.

She said the amount of damage caused to the washing machines was an aggravating factor, she noted that no compensation has been paid.

She imposed a five month prison sentence in relation to that offence, back-dating it to November.

A consecutive one month prison sentence was imposed in relation to the burglary at St Molua's Church.

Considering the penalty for the ‘handling’ charge, Judge Larking commented that the number of burglaries would reduce if you didn’t have people who were willing to receive the goods.

She imposed a two month prison sentence which she suspended for two years on condition Mr Wilczewski engages with the Probation Service. A €500 fine and a four year disqualification were imposed in relation to the driving offences.