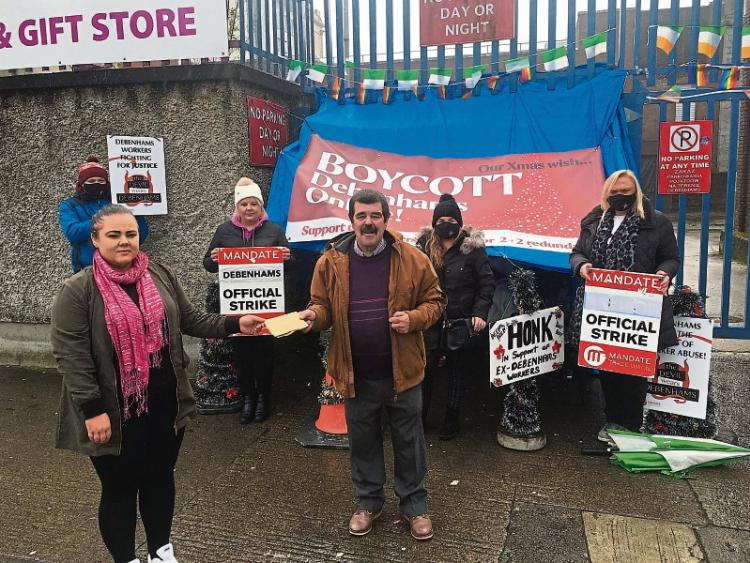 Noel Hannan with some of the former Debenhams workers

GARRYOWEN pensioner Noel Hannan is pictured giving half of his Christmas bonus to protesting Debenhams workers before the festive season last month.

Mr Hannan said he made the gesture to support the retail workers on the picket, having personal experience of being made redundant in the past.

“They are as strong now as they were nine months ago,” said Mr Hannan, who called for the Government to ensure a fair redundancy for the workers.

More than 110 workers in Limerick lost their jobs just before Easter when Debenhams’ British arm pulled support for its Irish business, with liquidators appointed to the company a short time later.

Face masks were removed for a short time while the photograph was being taken.