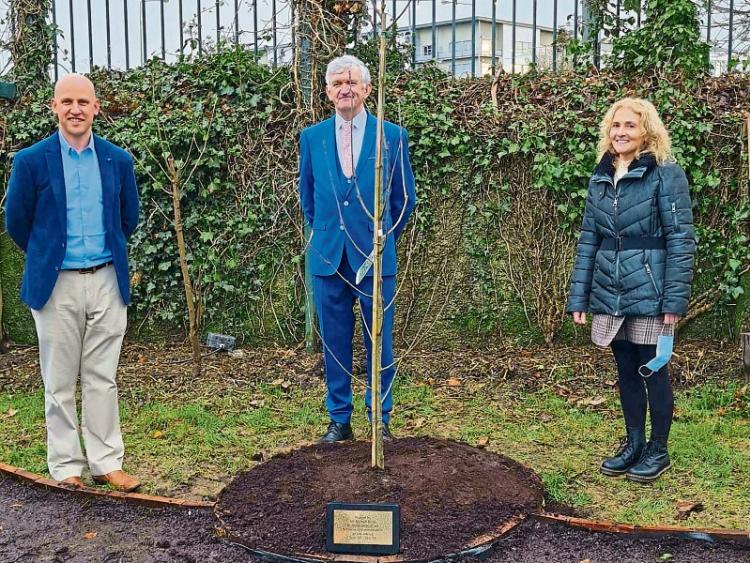 A POPULAR school principal enjoyed three days of celebrations to mark his retirement after 43 years in a community.

Michael Ryan has served the Janesboro parish for the last four decades, ​initially at the now-demolished St Kieran's School, then Presentation at Galvone.

And for the last 13 years, he has been principal at Our Lady Queen of Peace, where his time as principal ended just before Christmas.

To mark the occasion, there were three days of celebrations, specially modified to mark the Covid-19 times we are in.​

On the first day, Mr Ryan was asked to remain at home, while the children made a special video highlighting some of the work he has overseen in his years at the school. This includes a €2m expansion to its rear. And on the second day of celebrations, this was opened by Sr Claire Morrissey, one of the six Presentation Sisters who had come into the school on its first day back in 1951.

A parents' room built as part of that extension was named in the principal’s honour – Seomra O Riain.

And it was luxury all the way on the final day of term before Christmas, as Mr Ryan was picked up in a stylish car, and enjoyed a ride in style from his home in Pallasgreen.​

There he was met with a guard of honour from the students and staff. Pupils prepared pieces of art to wish him the best of luck, while a special dinner was held for him and his wife.

Mr Ryan admits it was an emotional three days.

“I have loved every minute of my time in Janesboro. Over the years, I've grown closer to the people, parents and the children. We've built up an amazing staff. They really are so dedicated. An amazing team of dedicated people. I'm very proud, and humbled by the send-off. But it certainly made me feel appreciated which was really lovely,” he smiled.