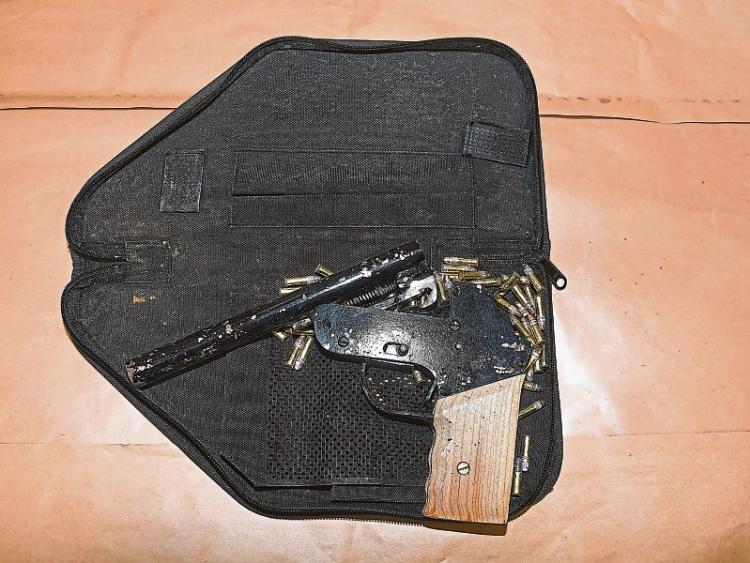 The gun and ammunition were seized last March

A LIMERICK man will be sentenced in February after he pleaded guilty to a number of firearms offences.

When arraigned at Limerick Circuit Court just before Christmas, Daniel Philips, 30, who has an address at Crecora Avenue, Ballinacurra Weston pleaded guilty to suspicious possession of an improvised firearm and 88 rounds of ammunition.

The ,22 callibre firearm and ammunition were located at Shelbourne Park, Ennis Road in the early hours of March 26, 2020 after gardai retrieved a package which was thrown from a car during a ‘managed pursuit’.

Mr Philips has also pleaded guilty to a charge of dangerous driving, at Hassetts Cross, Limerick arising from the pursuit.

The vehicle was first encountered by gardai in the Ballynanty area of the city at around midnight and it was eventually stopped in the Parteen area.

After the guilty pleas were formally entered, John O’Sullivan BL, instructed by state solicitor Padraig Mawe confirmed they were acceptable to the State and that other related charges will be withdrawn at the conclusion of the sentencing process.

Barrister Antoinette Simon requested an adjournment of the case to February to facilitate the preparation of a probation report in relation to her client.