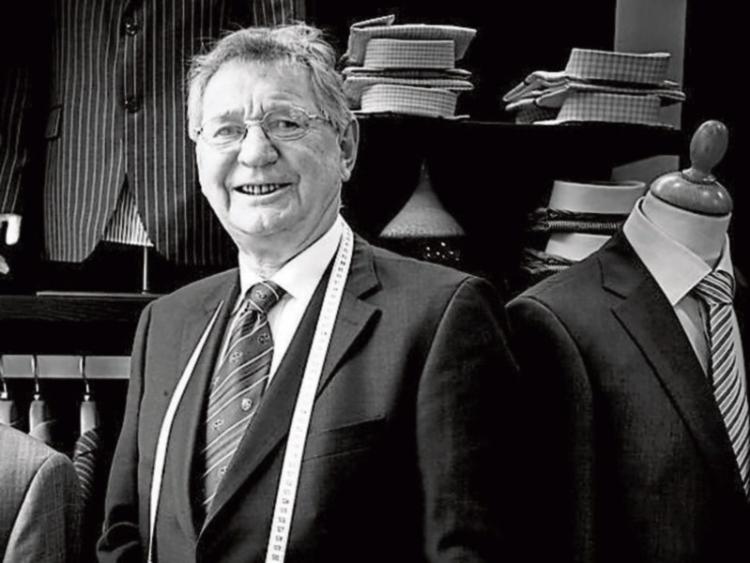 Tony Connolly is the latest Limerick Person of the Month recipient

A LIMERICK man who is celebrating 50 years of menswear retail under his family’s name has been honoured with the Limerick Person of the Month award.

The name Tony Connolly is synonymous with men’s clothing. Tony opened his first shop in 1970 on Upper William Street in the city. Today he continues to operate stores in both the city centre and Clonmel catering for the fashion needs of men throughout Munster.

A native of Kileely, 14-year-old Tony Connolly got a job in a store on Patrick Street in the city in 1957. He worked there with Kingston’s until he started his own business, Tony Connolly, in October 1970.

“From the word go, it took off,” Tony explained.

He then opened a shop in the Crescent Shopping Centre in 1975, also called Tony Connolly, which he had for 45 years. A couple of years after opening that store, Tony opened a second store in the Crescent.

“We called the shop Nashville. At that stage jeans started to become very popular. Wrangler was the big name at that time. We ran it for years as a jeans shop and then we changed it to Chapps when a lot of younger clothing came along. A lot of ladies used to buy their jeans from us. Levi’s and Wrangler are still selling  - it’s mainly the mature man buying them.”

In a twist of faith, Tony returned to the premises on Patrick Street where he worked as a teenager to open his own store in 1978.

“That was the one I worked in. I was managing that shop before I left it. It was Kingston’s owned it originally but it was bought by Mr Coughlan. He was moving back out to Clare - we did a deal in 10 minutes over a cup of coffee,” Tony explained.

While Tony no longer operates a shop in the Crescent, he still runs stores on Patrick Street and Bedford Row in the city and in Clonmel.

“We have a Connolly Man, Chapps and a jeans shop side-by-side on Patrick Street, The Outlet Store on Bedford Row and another Connolly Man shop in Clonmel,” he explained.

While Covid-19 is making trading difficult for retailers, the appetite for good quality clothing remains.

“Since we reopened, quite frankly it’s been excellent,” said Tony.

“We were closed like every other shop for six weeks - a part of October and all of November. That is the time that Christmas shopping starts. Obviously we won’t make up what we lost in that but it has been very, very, very good since we re-opened, thankfully.

“I genuinely had an awful lot more good times than bad. I could never have done it alone, I had the help of a brilliant staff and a great family.”

Tony is married to Rose and they live in Ballyneety. Their son David and daughter Noelle are both in the family business. Rose and all of their six children, David and Noelle along with Deirdre, Mary, Claire and Roisin worked at the shop at some stage with the family remaining at the heart of retail life in Limerick.