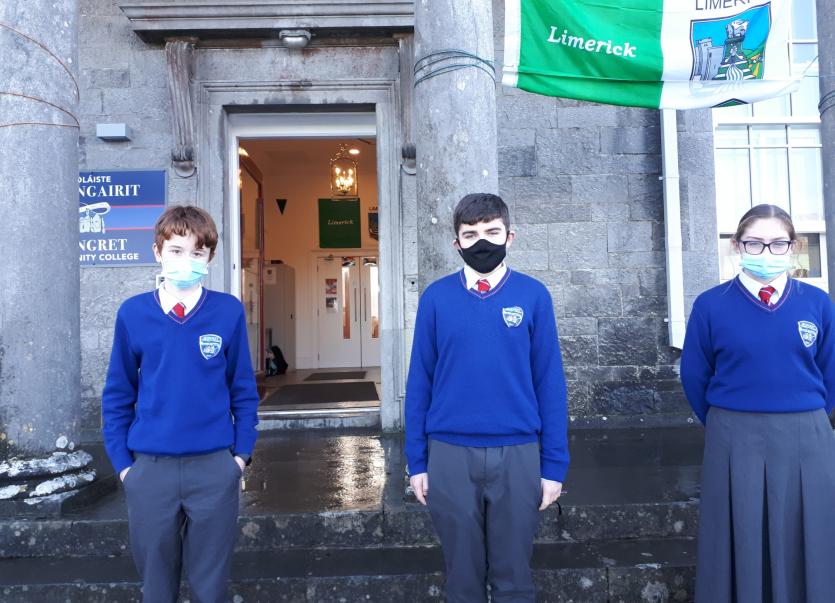 FROM a test to see if Vitamin C reduces in vegetables over time, to a questionnaire examining how to combat hate crime, three student groups will fly the Mungret Community College flag at Young Scientist this week.

The school, which is only in its third year, has high hopes of winning a category prize at the competition, being held virtually instead of the RDS this year.

Eoin Hinchey, 14, is using a smart scientific formula to see how much Vitamin C depletes in vegetables over time, in a bid to encourage people to make people more aware of the food they are throwing out.

Aisling Hardiman, 14, is surveying the experience of her peers during the lockdown period, while Cathal Carmody, 15, has drawn on the brutal slaying of George Floyd in America to come up with a plan for schools to try and stop hate crime.

Speaking to the Limerick Leader, Eoin said he hopes his study might encourage people to lead more sustainable lives – and throw less away.

“I’m interested in vegetables and sustainability anyway. I hope to make people more aware of the food they are throwing out. Maye they could be doing two shops a week, or putting more in the crisper to cut the waste,” Eoin explained.

Aisling’s project grew up during the lockdown period when children across Ireland were asked to work from home.

“I am charting the experience of students during lockdown. Did people learn better online? Did it help them if they had learning disabilities? My project is based on online learning as against traditional learning. I’ve found many people enjoyed blended learning, and they find it easy, but it can also be overwhelming,” she added.

Aisling acknowledged not all schools would have the funding in place to offer remote learning, and called for government funding to be used for this.

Cathal’s project was also inspired by world events – the slaying of George Floyd by an American police officer.

In his study, he is asking about people’s understanding of hate crimes, sending on questions to schools across the country.

“What I learnt is that more needs to be done in schools. The end goal is to try and design a plan which is effective, and come up with something which is accessible for kids,” he said.