'Excessive bike stands in Limerick seem like a waste of money' 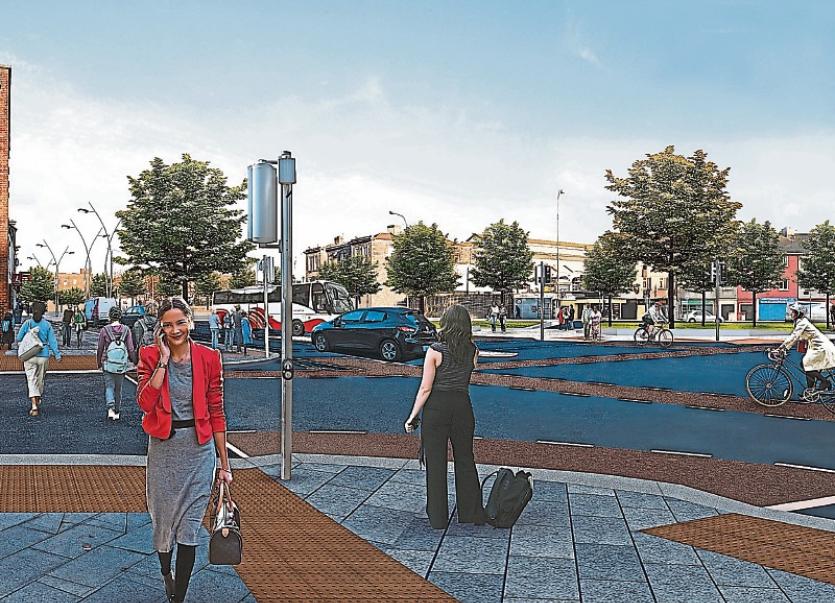 Early renderings of the renewal works in Parnell Street

EACH new bike stand at Parnell Street in the city centre can accommodate two bicycles, a councillor has been told.

A total of 70 bike spaces at the new bike stands, Cllr O'Donovan said, and she asked council officials at the last meeting of the metropolitan district the reason behind the capacity allowed on the bike stands in the street, which runs beside the bus and rail station.​

In a written answer from council official Brian Kennedy, she was told the location and number of bike stands installed as part of the Parnell Street improvements scheme was based on available space.

He added that the local authority also factored in the need to “balance attention” between loading bays, landscaping, footpaths, parking and cycle lanes.

Speaking after on Twitter, Cllr O'Donovan said: "I am not sure the Council’s reasoning of available space to landscaping justifies the excessive bike stands here and it seems like a waste of money."

Finally, I requested the reasoning behind the instillation of bike stands on Parnell Street with capacity to hold 70 bikes. I am not sure the Council’s reasoning of available space to landscaping justifies the excessive bike stands here and it seems like a waste of money. pic.twitter.com/5fChePmCNc

At the same meeting, Cllr O’Donovan raised the matter of the quick installation and subsequent removal of the traffic wands in neighbouring Wickham Street.

She was told by council’s senior engineer Hugh McGrath that these are “poor relation to safe cycling and driving”.

There was widespread criticism earlier this month after the traffic dividers were removed from the narrow street at the request of traders.

Cllr O’Donovan had asked for information on the risk assessments carried out to to determine that the safety equipment could be removed without endangering the public.

Mr McGrath did not directly provide this information in a written reply.

“It should be clear the safety of the public is determined more through common courtesy, respect for others and the understanding of, and adherence to the rules of the road rather than relying on the installation of flimsy delineators,” he said, “The installation or removal or such delineators are a very poor relation to safe driving and cycling,” he stated.

He confirmed local traders disagreed with the installation of the traffic dividers.

“As with all locations, prior to the installation of such measures, the Roads Authority gives careful consideration to ensuring such measures do not inhibit unreasonably the facility of traders/residents to load/unlolad goods and pick-up/set down passengers,” said Mr McGrath.