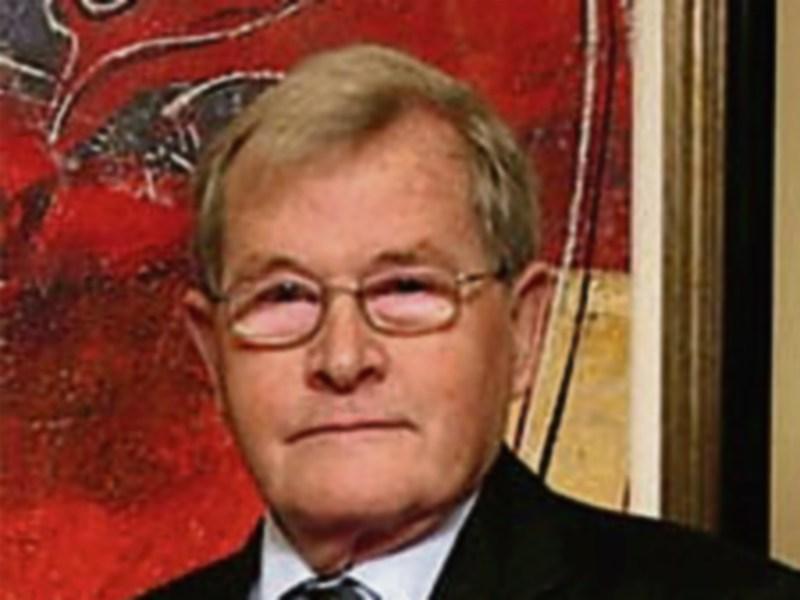 As one of the founding members of the association, over a half century ago, he will always be remembered for his vision and determination to create a service providing people with disabilities the opportunity to live the life of their choice to their fullest potential.

Dr O’Donnell’s connection with people with special needs began as a young man when he was working in a hospital as part of his medical training. On a ward round one morning, they were passing the bed of a child with special needs when the consultant commented, ‘There is nothing we can do here.’ The young doctor was surprised at this and asked himself if this could be true, if there was really nothing that could be done for this child? He felt instinctively that this dismissal was wrong on many levels.

This instinct served him well. The evolution of social change, the shift from the ‘medical’ model, which viewed disability as the individual’s ‘problem’, towards a ‘social’ model where the onus is on society to create an environment of inclusion was at the heart of his vision. He knew for this to happen a change in thinking was required. It was essential that people with disabilities, intellectual and physical, had the same access to equal rights and opportunity as every other citizen of the state. The struggle was complex. Creating a service was never just about providing an appropriate space for people to go to. It was about so much more: offering a voice to the citizens in the community who previously went unheard. And with each brick that was laid to build a school or a workshop at the Foundation, a mind had to be changed, a government body persuaded that this was not a gift but an entitlement of care.

Those first tentative steps were taken, over fifty years ago. The vision to create a service was a collective one. As a new GP to Charleville the very first conversations he had were with local pharmacist Maureen McCarthy, whose son, Gerard, had Down syndrome. Their discussion about the lack of services began a larger conversation that led to the first organised support for people with special needs in our community on December 19, 1968.

This first step was acquiring a room in the Parochial Hall for a classroom. It was an era of practical thinkers, of when making do was better than doing without. Where common sense and a group of willing volunteers came armed with cans of paint and brushes and spruced up a single room so that it would be bright and clean enough to start something new and incredible. There was a core group of people, many of them still involved today, who worked tirelessly to establish this venture. They gave of their time, their transport, their expertise and money to get things started. The wonder of the St Joseph’s Foundation is that fifty years later people are still giving.

Dr O’Donnell’s beliefs were pure and originated in the family that he came from, led by his mother after his father’s untimely death. His was a family which believed in public service. “We are supposed to love our fellowman, aren’t we?” he once said. He knew the work that he spent his life volunteering his time to was effecting important change. The O’Donnell family were involved with this work from the beginning. The family understood that something good was going on. His wife, Veronica, is the Foundation’s longest serving volunteer.

The development of the St Joseph’s Foundation followed the evolving identified needs of its service users. From the humble beginnings, the services grew year-on-year. The necessary shift away from institutions and into the communities began with the foundation of schools, the purchase of land to develop a main centre and residences and workshops for adults were to follow. Each step presented new challenges and obstacles to overcome but this never deterred Dr O’Donnell. He was driven when fighting for others.

Dr O’Donnell held the position of chairperson of the St Joseph’s Foundation for 40 years. He worked tirelessly to expand and improve the service for its users but when it came time, he handed over the reins with confidence. He was adamant that the work and success of the Foundation had been and would continue to be a joint effort of the staff, the volunteers, the service users and their families who worked to make it what it is today. “It is not about me. It is not about any single person. It is about us,” he said at the time. “My main contribution to it all was that I stuck with it. It wasn’t difficult. It was good work.”

But this was an understatement from a modest man. These are the words of a leader. Everyone who knew him agreed that he was a man of exceptional integrity. His son Kieran said of his dad, “My father is a very deep, intelligent, good man. He is principled and honest and genuine. Any motivation he had for starting the Foundation and continuing his dedication to it wasn’t about his ego. It was about doing the best possible job and getting the best possible service for the disabled in his community.’ And that is what he did.

The pivotal victories for Dr O’Donnell were the gauge of his character. He spoke often of the joy of seeing children and adults who had been denied the right to receive the sacrament of first Holy Communion, walk up the aisle of the church to receive with their community. He loved to see the service users walking together in town or having a coffee, many of them calling out his name in salute. He and his wife Veronica were known to give the ceramics made in the Foundation ceramic department as wedding gifts. These are the humanitarian qualities that made him a special man.

His legacy is secured in the expanded service of St Joseph’s Foundation. Today 1,400 people use the services. It is the second largest employer in the area. The sprawling campus on Baker’s Road includes two schools, a garden centre, a hydrotherapy pool to mention just a few of its services. There are over a dozen residential locations stretching out into the communities including Liskennett Farm, an equine therapy centre for children and adults with autism. Day Services locations commenced in Charleville in the early days and have now spread out over the North Cork, South Limerick areas bringing services closer to the person’s home. Professional services like physiotherapy, occupational therapy, speech and language therapy, social work, psychology, nursing and social care among others are now a part of the norm for the Foundation. But these services were hard won and Doctor O’Donnell led that charge.

We would like to extend our most sincere sympathy to his wife Veronica and his family on Dr Martin’s passing.

*From all in St Joseph’s Foundation