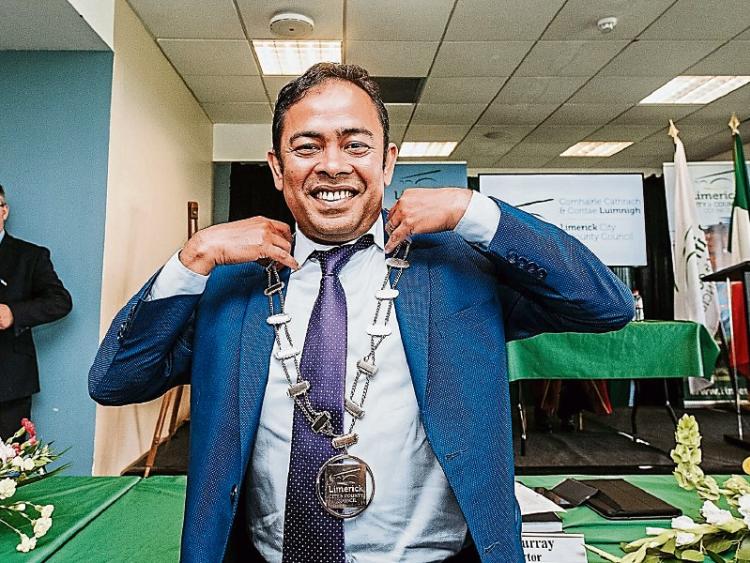 Demand from new communities in Limerick have led to more shops being open on Christmas Day, says councillor Azad Talukder

LIMERICK people are, in increasing numbers, turning away from a festive turkey dinner, instead enjoying a kebab for Christmas.

Regardless of the Covid-19 pandemic, restaurants, pubs, shops and take-aways are mostly all closed on December 25.

However, a small, but significant number will be open, primarily serving take-away food.

​Instead of a Christmas pudding, people could be tucking into a pizza, while pigs-in-blankets could be replaced by taco chips on some city plates.

"They open because some people might not want a traditional Christmas dinner. Some people want something different. Not everyone can afford to cook the Christmas dinner,” said the deputy mayor of the city and county.

“There has always been strong demand for these places on Christmas Day. Over the past few years, I'd know from those who are open, they would do good business,” he said.

Cllr Talukder, who is Limerick’s first ever Muslim councillor, pointed out that the city’s increasing new communities mean that Christmas is not celebrated.

”But they still need food,” he said.

Despite this, the Fianna Fail man said that his own children would still treat the day as a holiday – despite not taking part in the activities which go with it.

“Myself, our children, they buy new clothes for Christmas, but they wouldn't do the Christmas dinner. But they celebrate it as a holiday, same as everybody else. There are so many different religions here, but I feel we can all celebrate together,” he added.

Cllr T​alukder sent a Christmas card to his constituents in City West this week.

Shane Gleeson, whose family operates five outlets around the city, revealed that he will only be opening one of these units this Christmas.

In previous years, he has opened multiple stores due to the wish for people to work.

This year, that demand has not been there.

But he still feels opening one store is an important social outlet to cater for the many who have no choice but to work on Christmas Day.

“The people who come in are very nice to everyone. There is great humour. People who have to work that day are happy to have somewhere to go. You have the gardai working, the fire brigade working, an order comes out from the prison. These are kind of the orders you'd generally have,” he explained.

Mr Gleeson added: “If you're stuck at home and you're single, it's good to be able to go somewhere. You get bored.”

As for those who will be working, the businessman said there are some couples who would both work Christmas Day.

In this instance, he would co-ordinate it with the other employer so they work on the same shift.

“Last year, we had more than enough people volunteering. I don’t know what’s happened this year. Maybe we have less single people than last year,” he said. “But I wasn’t going to push anyone to work Christmas Day. I’m quite happy just to open the one store.”

Mr Gleeson himself said he will work a couple of hours himself on Christmas Day “to provide moral support.”