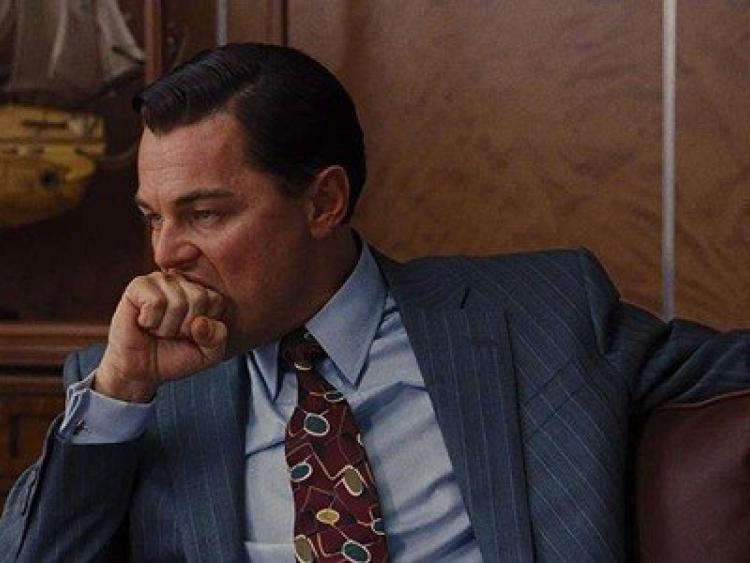 When Lorenzo hit seven his life turned upside down when he gets struck by a disease so rare there's no research on it and no cure. So his parents Augusto and Michelle decide to find a cure themselves. Based on a true story this is of course upsetting as hell but as a look at the lengths parents will go to for their kids it's one you'll definitely get swept up in. Nick Nolte is rather hammy but Susan Sarandon nails her part.

A young woman finds herself torn between the modern ways of 1950's Brooklyn and her dull life in Enniscorthy. Which route will she choose? Saoirse Ronan is superb as the lead in this film adapted from Colm Toibin's novel. Your heart will break for her as she struggles to decide between taking one step forward or two steps back. Compelling stuff, well written & acted. Domhnall Gleeson & Julie Walters are deadly as always too.

Barbara Covett is a lonely old teacher nearing retirement. Sheba Hart is a newer teacher with a secret. Barbara discovers what it is and decides to use it to her advantage. It's rare to see Judi Dench playing a wagon and it's a joy to see her do it with aplomb. A dark, vicious, cutting and blackly comic look at what lurks in the corners of the seemingly normal life. Dench and Cate Blanchett, rather unsurprisingly, are both excellent

A teenage girl called Sage finds herself in a wee spot of bother and the only person she can turn to is her granny Elle. Family issues make it all very awkward when they try to raise the money Sage needs. This starts off light and funny before leaving you shaken and dazed. Lily Tomlin as Elle is amazing in the part and gets to display the kind of range that most actors can only dream of. A heartfelt and topical watch.

Looper is set in the near future where unwanted people are disposed of by sending them back in time to be killed. This is all well and good until a killer is faced with an older version of himself. This is wicked stuff. Chilling, brutal, intelligent and mind boggling. Joseph Gordon Levitt and Bruce Willis have a hell of a time playing the young/old versions and Emily Blunt does stellar work as a protective mother caught up in it all.

Emily & Kumail fall in love but Emily is white and Kumail's Indian family do not approve. When Emily falls seriously ill Kumail is forced to decide what is truly important to him. This is a delightful watch, heartfelt and charming in a way that will leave you beaming after it. Kumail Nanjiani and Zoe Kazan make a solid central pairing and Holly Hunter and Ray Romano in back up do all sorts of nice work.

In the early days of Hollywood a moustachio'ed little oddball called Charles Spencer Chaplin ruled the roost. He was as unlikely a star as you could think of and yet stole the imagination of the world. Long before Iron Man Robert Downey Jr was mesmerising as the lead of this Richard Attenborough directed biopic epic. There's a lot to learn here and thankfully it's doesn't ignore the darker side of it's main character either.

Johnny Truelove is owed money for drugs. Jake Mazursky ain't paying up so Johnny kidnaps his younger brother Zack to move things along. It works. Then it doesn't. This is one of those truth is stranger than fiction stories we often hear about and it's a horrible indictment of the youth of America and what happens them when their alienation and boredom mix. A cast full of famous faces gets the job done with Anton Yelchin and Ben Foster both really standing out.

Set on the wild frontier of 19th century America this is the story of a young man travelling west to see the woman he loves and the people he meets on the way. A deep and thoughtful movie, more so than your usual westerns, about the good and bad that people are capable of. But one that still delivers the beats the genre is known for. Kodi Smit-McPhee & Michael Fassbender as the leads are both convincing.

A woman trapped in a miserable marriage makes friends with an elderly woman & begins to change her life as her older friend's stories start to have an effect on her. Flashing between the modern day & life in early 20th century Alabama this is a cracking tale that is at times both upsetting and heartwarming. The always reliable Kathy Bates and Jessica Tandy play the modern leads with Mary Stuart Masterson & Mary Louise Parker appearing in the past.

Jordan Belfort was a scumbag who ripped people off all over America in the 1980's and 90's selling ropey shares. Amazingly Martin Scorsese has managed to turn his story into a brilliantly funny and compulsively watchable tale about the dangers of greed and egotism. Leonardo DiCaprio is on fire in the lead role and gets great support from Margot Robbie, Jonah Hill and John Bernthal. This is not for the easily offended. Seriously.

In 1950's New York, two women of very different social statuses meet and fall in love. But the cultural mores of the day are a major barrier to their happiness. A magnificent film that fully deserves the critical acclaim it received. It's a gripping and heartbreaking watch that contains two sublime performances from Cate Blanchett and Rooney Mara. Kyle Chandler as always adds a touch of class too.

A real film list needs a Coen Brothers film so here's a fun one. The story of a CIA analyst who loses a CD full of vital information and the two gym workers who find it and decide to better their lives by selling it. It might not be their best film but it's loads of laughs and full of twists you'll never see coming. As always the cast is second to none with Frances McDormand, John Malkovich, Brad Pitt and George Clooney among many others all having a whale of a time.

Florida is known for it's massive amusement and theme parks. But what about the lives lived in the shadows of those money making behemoths. Little Brooklynn Prince as Moonee will break your heart in a film that's genuinely upsetting and oddly hilarious. Sean Baker's direction and his juxtaposition of poverty and wealth offer loads of food for thought. Oh and Willem Dafoe's character Bobby will become a fast fave.

When Harry finds out the flag his father raised in the 1916 Rising now resides in a barracks in London he sets out to get it back and his naive friend Mouse comes along for the ride. A rip roaringly comic Irish film that, like the best of our comedies, manages to be hysterical one minute and capable of making you cry the next. Pat Shortt, Moe Dunford, Ruth Bradley and Brian Gleeson all have loads of fun and it translates well to the screen.

Ned sticks out like a sore thumb at his new school due to his lack of interest in anything involving sports and it isn't until he gets a new room-mate that things start going right for him. John Butler's coming of age film is a lovely watch, heartbreaking in places and funny in others. A fine Irish cast brings it all together too, with Moe Dunford, Andrew Scott,  Fionn O'Shea and others all putting in a splendid shift.

Hill House is nearly 100 years old and those years have been filled with horror as it's inhabitants all came to strange ends. Now a team of investigators are going in to find out what's really going on behind it's tall dark walls. 57 years old and still one of the scariest films you'll ever see and one that really understands that what you don't see is always scarier than what you do. Julie Harris and Richard Johnson are very effective leads.

A poverty stricken young boy in 19th century England comes into contact with both a criminal and an eccentric old woman and these acquaintances change the course of his life. This 1946 film adapted from Charles Dickens's novel is a masterpiece. A moving and thoughtful look at loss, loneliness, poverty and the social classes of a bygone age. There's a fantastic cast too including John Mills, Jean Simmons and Alec Guinness.

A little Mexican boy called Miguel wants to be a musician but his family are having none of it. When an accident sends him to the land of the dead he finds an ancestor who can help him with his problem. Pixar's 2017 animated film is a stunner that will leave you an emotional mess when it's over. Beautiful, humane, rib tickling, clever and very touching. Anthony Gonzalez and Gael García Bernal do super voice work here.

His father, the king of Wakanda, is dead and now T'Challa aka Black Panther must step up and lead his country against those that wish it harm. Arguably the jewel in Marvel's crown, this one is a hell of a ride. Yeah it follows the usual comic book movie formula but it steeps itself in African culture in a way rarely seen in western cinema and it's all the better for it. The late Chadwick Boseman is a mighty hero and Michael B. Jordan nails the bad guy(?) role.