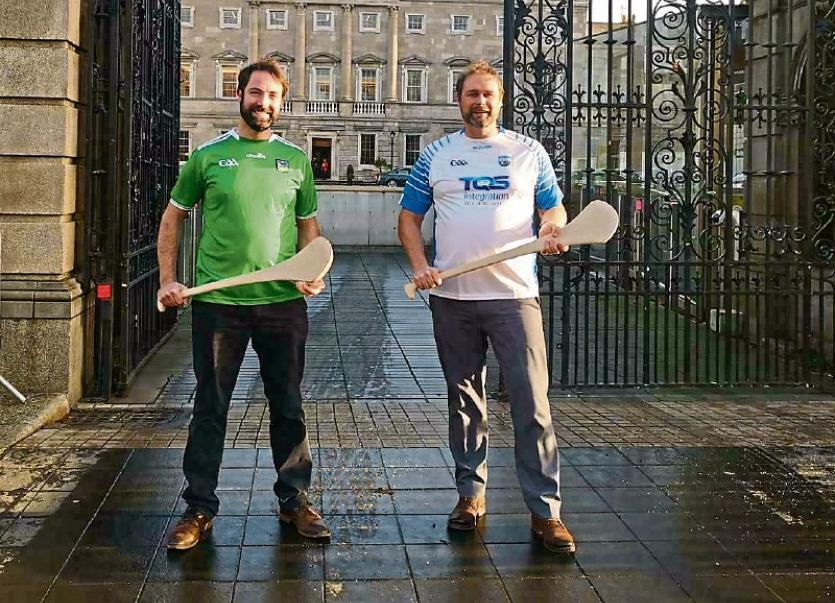 The pair shared a flat during the intense government negotiations of the spring, and both have since been appointed to top positions in their party, Mr Leddin as chair, Mr Ó Cathasaigh as Green party whip and assistant government whip.

But come Sunday afternoon, there will be no love lost in the pair, as Mr Leddin cheers on Limerick in the hope they make it two Liam MacCarthy cups in three years, while Waterford TD Mr Ó Cathasaigh hopes the Deise end what he describes as “one of the GAA’s great famines”.

Mr Leddin, who is not yet sure where he will watch Sunday afternoon’s decider, throw in 3.30pm, said the game is “seriously important” for the city and county.

“In a year which has been so difficult for everybody to round it off with an All-Ireland final and an opportunity to win the Liam MacCarthy cup will mean we can end it on a good note. Hopefully we can go all the way and win on Sunday,” he told the Limerick Leader.

The two TDs were elected to Dail Éireann on the same day at the February election, and Mr Leddin said there has been a fair bit of back-and-forth between the pair ahead of Sunday!

“We get on very well always, and work closely together. But this week, there is some understandable tension. I don’t think in terms of our support, we will leave anything behind! It’s fantastic that two great hurling teams have got to the final. Two teams not perennially there are in it,” he said.

“I think we can look forward to a brilliant match.”

Limerick bridged a 45-year gap to win the All-Ireland title in 2018 – and arguably were the pick of everyone outside of Galway in 2018.

This year, Waterford, it’s felt by many are the neutral’s favourite, having not won an All-Ireland Senior Hurling Championship title since 1959.

Mr Ó Cathasaigh added: “It was long before my memory unfortunately. It’s one of the great GAA famines: Waterford hurling and Mayo football probably.”

“You can never be confident. Limerick are an extremely strong team. But you’d prefer to be in the final than not,” he said.

Limerick edged out Waterford to win the Munster title this year, but then the Deise beat a team who Mr Ó Cathasaigh described as “our perennial stumbling block” Kilkenny, producing a stirring second half fightback to secure their final berth.

“I think it’s only the third time we’ve ever beaten them in the championship. That will give us huge confidence going into the final. Although any time Limerick have been pushed close this year, be it by Galway or Waterford, they seem to have found an extra gear. So we’ll have to match them for that, if we are to win,” he said.

Both Mr Leddin and Mr Ó Cathasaigh have worked together in a bid to foster more co-operation between Shannonside and the city on the Suir, including the promotion of a direct rail line between the two.

For more on the build-up to Sunday's All Ireland final, click here