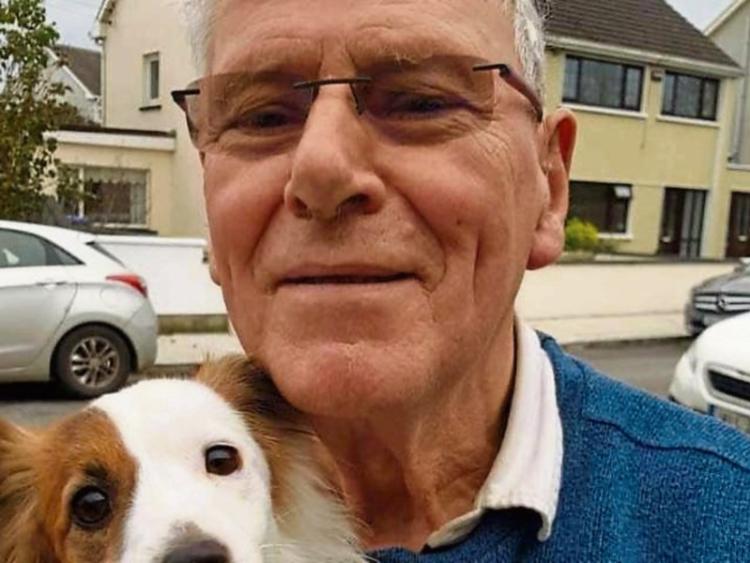 The later Denis Ryan with his beloved Jackie

Dooradoyle man Denis Ryan, who has sadly passed away, has been described as a “powerhouse” of the local Men’s Shed movement.

Denis, who died following a short illness at University Hospital Limerick, was one of the founding members of the Raheen/Dooradoyle men’s shed group, and was instrumental in it’s early success, according to Sean Dalton.

“We invited Denis onto our Men's Shed at a time when things were difficult. He was a real powerhouse for us. He was incredible really. He didn't see obstacles, he saw opportunities. I was amazed with him from day one how sharp his mind was for a man that age,” he said.

Denis, who was in his mid-80s, was always keen to learn, doing an IT course up until a few years ago.

Sean added: “He had a fantastic way of bringing people together. He had a great network of people. He'd worked as a mental health nurse for 30 years. He was able to talk to people and make the men's shed attractive to come and see. When a lot of them came, they stayed. He had a great way with people.”

“His energy, his smile was infectious,” he added.​

The Raheen/Dooradoyle Men’s Shed provided a guard of honour and accompanied Denis’s remains to his funeral, which took place last week in St Paul’s Church.

The first founder member of the local Men’s Shed to pass away, Denis is survived by his children Tom, Denise, Lisa, Darragh and Brid.​