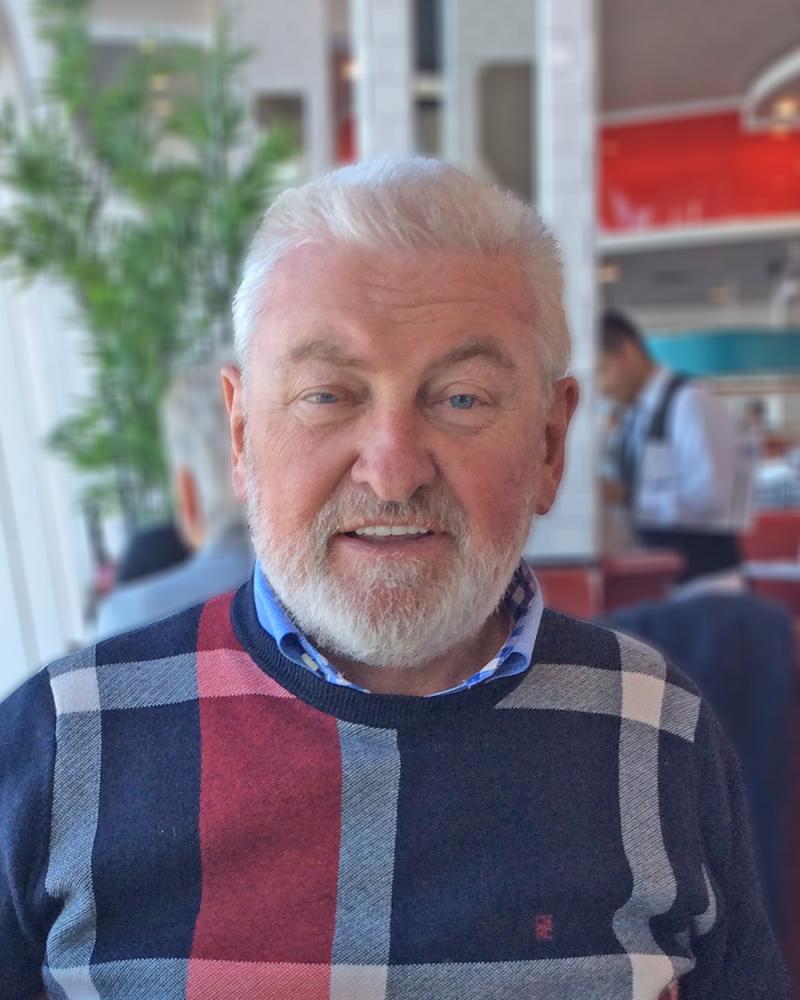 The late Michael Parkes has been described as 'very down-to-earth, and very good company'

TRIBUTES have been paid to one of Limerick's most well-known businessmen, Michael Parkes who has passed away.

He was executive chairman of Parkes Properties group who were behind some of Limerick’s most ambitious property developments - both commercial and residential. The family are well-known builders and developers.

Mr Parkes also had a keen interest in politics and ran in the 1987 General Election for Fianna Fail in Limerick East.

Long-serving Limerick TD Willie O'Dea ran with Mr Parkes and the late Dr Richard O’Flaherty in that election when Dessie O’Malley and the Progressive Democrats were a strong force in Irish politics.

“He was a very good friend of mine and was a Fianna Fail activist all his life. He was a very successful businessman and took time out of his very busy schedule selflessly to support the party over the years. He will be a big loss to us. Michael was very personable, very down-to-earth, very good company. He had an interest in all sports,” said Deputy O’Dea.

Mr Parkes commenced his career in 1974 when he graduated from Shannon College of Hotel Management, having worked in both Switzerland and England. He managed the family hotel business, the Parkway Motel on Dublin Road, until 1984 when it was demolished and the site was converted into a shopping centre, The Parkway.

Over the past 25 years, he has been the executive chairman of the Parkes Property group of companies.

Members of the family have made an enormous contribution towards the growth of business life in the Limerick region.

Parkes Properties, headed by Mr Parkes and his brother Ralph, built a reputation for designing, planning, and building high-specification developments.

“Michael and the Parkes family have left their mark on the Limerick landscape, in a good way - their father before them and then the two brothers carried it on,” added Deputy O’Dea.

Limerick auctioneer Pat Kearney of Rooney Auctioneers was friends with Mr Parkes “for many, many years” and was involved in a number of property transactions with Mr Parkes and his brother Ralph.

“I was great friends with his father Robert and his mother for many years as well. Michael was a lovely gentleman, very articulate, very humorous - he was an expert at ball-hopping, a great conversationalist. Himself and Mary, a teacher, were a lovely couple - always welcome in any company. They were very outgoing, very socially-minded and great, great company.

“The Parkway Motel was one of the first motels in Ireland - a novel idea at the time which went on to become the centre of entertainments in Limerick. There was a massive new dancehall built there. They had the Parkway Orchestra and put on magnificent socials, dinner dances and entertainment acts. It was the place to go to for entertainment and good food. Michael took it over at an early age when Robert started moving along with his building developments”.

Mr Parkes, Mr Kearney said, had a wide range of interests, was always generous with his time and was ready to offer any help or advice he could give.

“He loved golf - he was a fantastic golfer and played a lot of golf in Ireland and in Spain. If you asked Michael for help, he would help if he had the capacity to do so. We always loved him coming into the office. He was always in good humour. I’ve lovely memories of Michael and Mary.”

Mr Parkes played at Limerick Golf Club and El Paraiso Golf Club, Estepona in Spain where he spent much of his free time.

Requiem Mass will take place in Mary Magdalene Church, Monaleen on Tuesday at 2pm and will be streamed live (link to follow). Funeral afterwards to Shannon Crematorium.