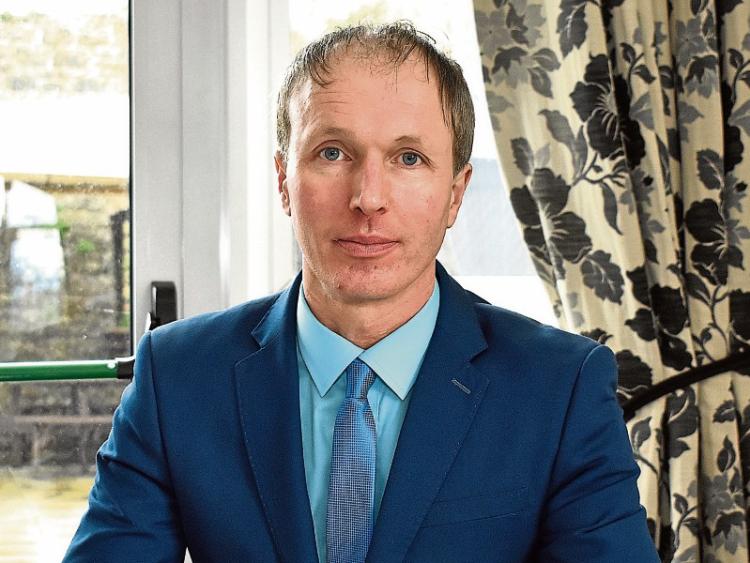 CLLR PJ Carey has accused Minister Niall Collins of “arrogantly arriving at Kilmallock Business Park to take a photo and back the proposed fire training centre”.

“I can only presume he needed directions to find it. He stated that, ‘Fianna Fáil supports the fire training centre and it can only be of benefit to Kilmallock’. This fire training centre would jeopardise and / or block hundreds of jobs. In a letter to the council, the owner of lrema, a company that produces surgical face masks and respirator face masks for large medical companies and hospitals globally, including the HSE, and employs 185 people and where l work, said that if it goes ahead ‘our facility will be closed down immediately’.

“Dansko, a cheese producer, have told me if they do not get the two acres they need to expand, upgrade and double their workforce from 45 to 90, they will build their factory elsewhere. For a junior minister to back a project that would jeopardise and destroy hundreds of jobs is a new low,” said Cllr Carey, in a statement to the Leader.

In response, Minister Collins thanked Cllr Carey but as a TD and councillor for many years he said he didn’t need any directions to Kilmallock Business Park. He described Cllr PJ Carey’s comments as a “hysterical reaction” to a photograph in the paper.

“Everybody is in agreement that having a fire training centre in Kilmallock would be a huge boon to the local economy for many years to come. The motion passed at this month’s municipal district meeting means that the concerns of business people in the park have to be addressed first before there is any expenditure by the council. That is where it is at. Nobody wants to ‘jeopardise and destroy hundreds of jobs’ as Cllr Carey has said. Over-the-top statements like this don’t help the situation. The Fianna Fail party will always put the people of County Limerick first and not engage in political point scoring or scare mongering,” said Minister Collins