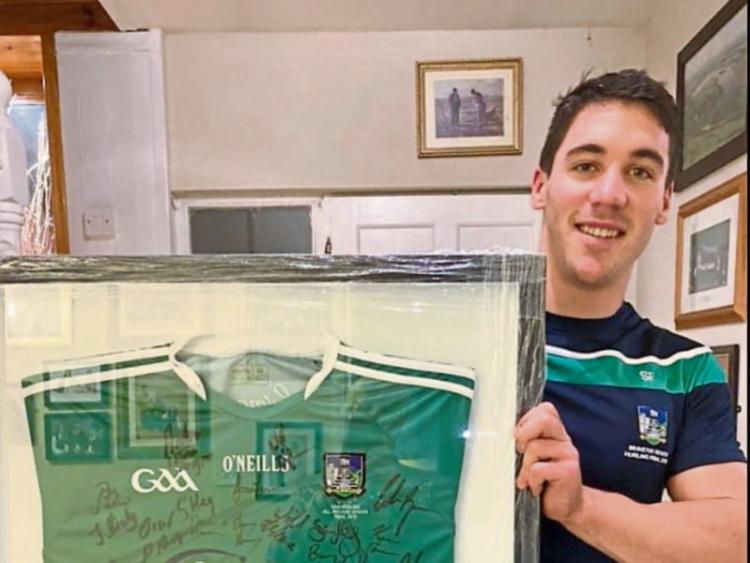 ONE OF Bruff’s most famous sons is supporting plans to celebrate links with another famous son – John Fitzgerald Kennedy.

Sean Finn has donated a Limerick jersey signed by the 2018 All-Ireland winning team to Bruff Grange Meanus Community Council. It is being raffled off to raise money as fundraising activities have been hit due to Covid.

Some of the money collected, thanks to the corner back’s generosity, could go towards doing up the ancestral home of JFK in Bruff. The ruin belonging to John F Kennedy's ancestors was unearthed earlier this month by council workers clearing undergrowth for a new footpath.

Biddy Hayes, of Bruff Grange Meanus Community Council, said they always knew Mary Lenihan’s cottage was there with its links to one of the most famous men of the 20th century.

“We always knew the history but now the council has unearthed the three walls. We’re hoping we might be able to get it, do it up and make a link between Lough Gur and Bruff. That is a long-term aim but the raffle could help realise that ambition,” said Biddy.

The raffle money will also be used to solve more immediate issues.

“Nobody sees the work that goes into the community council. We built the playground for €146,000 but we have to open it, close it, inspect it, keep it maintained as there is always wear and tear and a bit of vandalism.

“We had to pay our festival insurance this year despite having no festivals. There are all the overheads because we are a company and must present accounts to the CRO. It is constant,” said Biddy.

The Limerick hurler knows only too well what is involved as his mum, Siobhan, is on the Bruff Grange Meanus Community Council.

“Siobhan joined the community council in 2006 to help secure a playground which her own little boy could also enjoy. The playground was built in 2013, too late for Sean but enjoyed by many children from Bruff and the hinterland,” said Biddy. They got the jersey framed and then gave it back to Sean to take a photo at home.

“He’s a grand young fellow. It is nice that he remembers his local community council,” said Biddy.

She believes the framed jersey will appeal to Limerick supporters, collectors, businesses and pubs in Ireland and around the world. See the Bruff Community Facebook page for more information and to purchase tickets. The closing date is December 15.