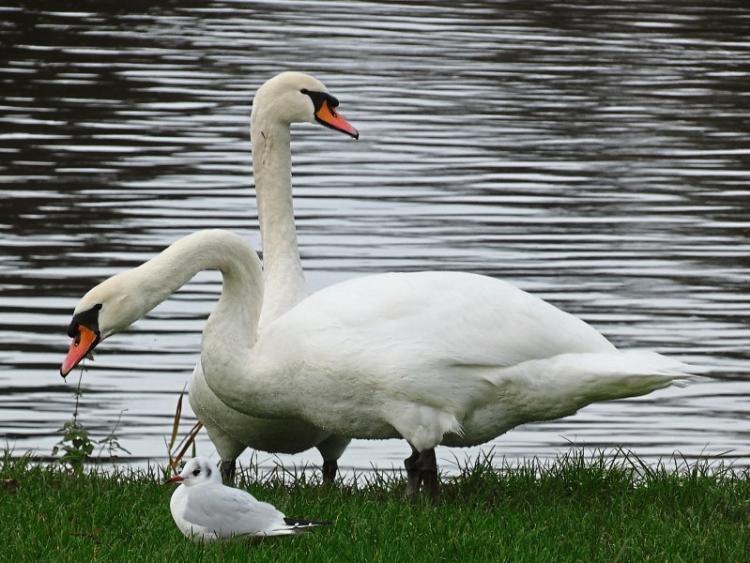 AS PART of a walking group we visited Creeves cross, earlier this year. Creeves (Craobaca in Irish) means a place of the leaves, (other sources say branches) and sure enough in autumn time around Creeves there are leaves in abundance.

At Creeves cross junction five roads come together, and they lead to Askeaton, Ardagh, Rathkeale, Foynes, and Shanagolden. A grocery shop and filling station take pride of place there and it is a very busy area for passing traffic.

Across from the shop can be seen an attractive wall-mounted cast-iron green post box a relic from times past. It has a motif with a crown and Queen Victoria’s monogram ‘VR’ and crown motif. This post box dates from around 1880, and it is mounted on a wall with a brick surround. History recalls that about a mile westward from Creeves cross and in the townland of Mullagh and adjacent to Tubrid House, was a village called goat street, of thatched houses probably. The village is alleged to be so named because of large herds of goats about it.

A mill operated in former times and up until the nineteenth century. The well preserved remains of the mill known as Nutgrove Flour Mill and also known to older generations as Mullagh Mill, are situated within the townland of Mullagh and were owned by the Donovan family who lived at Mill View House nearby. A male member of the Donovan family met his death in the mill due to a floor collapsing, though some people believed or surmised that he had been deliberately killed.

The men employed in the mill, travelled long distances to work, on foot and were paid a wage of three pence per day. The mill was cited by a stream and operated by an overshot wheel. The stream mentioned is actually the Ahacroonane River (Áth a'Chrónáin in Gaelic) that flows northwards and under the main Limerick-Kerry road, before spilling into the Robertstown Creek.

The hedge school of Creeves consisted of a thatched cabin that lay about a few hundred yards to the east of the crossroads. The only seating provided for the pupils in attendance were thick square divots of turf. About fifty pupils were said to have attended with each pupil paying a fee of one penny per week.

The national school at Nutgrove was opened in 1869, the then parish priest of Shanagolden the Rev, J Synan, being chiefly instrumental in having it built. He then assumed the role of manager of the school, together with the other school in the district. The teachers who taught in Nutgrove school over the years included John Barry (who lived at Creeves cross), Mr Mac Guinness from Dublin, Pat Ryan from Pallas, Mr J Downey from Kilcolman, Con Healy from Lisbane, and the lady teachers Mrs Hennessy from Rathkeale and Mrs Ward. Richard Stephenson who lived in Shanagolden during the nineteenth century and earlier years of the 20th was a noted exponent and tutor of dancing. He taught dancing at Nutgrove school, and at Scanlon's Haybarn at Tynies cross just up the Ardagh road.

Haybarns were popular venues amongst dancing tutors, in view of their convenience and the shelter they provided. He taught both the rich and the poor, and whiskey was often part of his payment. James Dalton who used to live in Shanagolden was another exponent and teacher of dancing. He used to teach the art at Nutgrove school, and many of the children taught by him, achieved prizes at Feisanna.

Nutgrove school closed on June 30, 1968, and it is now a private family home. There are two inscribed plaques on the wall, one reading Nutgrove National School 1869, and a second plaque reads, Erected 1870 Very Rev J Synan. The late John Carrig who lived nearby recalled the school in the following lines.

It stood by the roadside midst trees tall and bare

A little stone building devoid of much care

Yet its fame for great learning did far away glow

That school of our childhood so long, long ago.

During the nineteenth century, a dancing platform was erected at Creeves cross, for people to come to dance on Sunday evenings. The music was usually supplied by a blind piper from Mount Pleasant by the name of Maurice Conway. Sally Hanrahan, and Michael Crea were ranked amongst the best dancers, with some dancing in their bare feet. Rambling houses were very prominent around Creeves (Downey's, Hartnett's, Guerin's) back in the olden days before their re-emergence at selected venues since the millennium. There has been a great tradition of card playing hunting and sport around the locality from times passed up to the present day.

The Carrig family have been at the fore front up to the present day gaining great renown in the above circles. The Carrig family is well known for their songs, and their singing throughout the region. Some of them emigrated and the rest made their living in county Limerick city Limerick and Clare. John was very involved in the GAA and served as West Board Chairman for two periods and was also Vice-Chairman of the County Board. He was a born entertainer that was blessed with the gift of a Seanachi, who could stir up the dullest of audiences with his stories, songs, poems, and recitations.

Moss Carrig and his wife Janice years ago set up Friends of Calcutta, who have raised thousands of euro for needy families living in India. They have brought out several inspiring CDs as well to aid their fundraising efforts. Joe a fine singer has been involved with Carrigkerry Wren group (King of the group) who won numerous All Ireland Competitions at Listowel.

Nora Kennedy living in Croom, launched her CD My Dream Come True in the Radisson Hotel Limerick on Friday November 14, 2014. One of the songs Brown Bread was written by her sister Kitty and the song is about growing up in their native place around Creeves Cross. The sisters have been performing regularly on the rambling house circuit.

Names that spring to mind in Gaelic games include Pa Leahy, Tommy Carrig, Tim Downey, Jack Mack, John Hartnett, Gerry Hennessy, and the Mc Mahon's who all left their mark on the football fields of Limerick. Back in 1978 Creeves Celtic soccer club were formed and have been successful in the Desmond League. The area has much more to recommend it, but space is limited for this week.

Its near the score and ten since I was enrolled

In that building whose story I've tried to unfold

But Minister Lenihan's pen has long laid it low

So just memories remain of that school long ago.