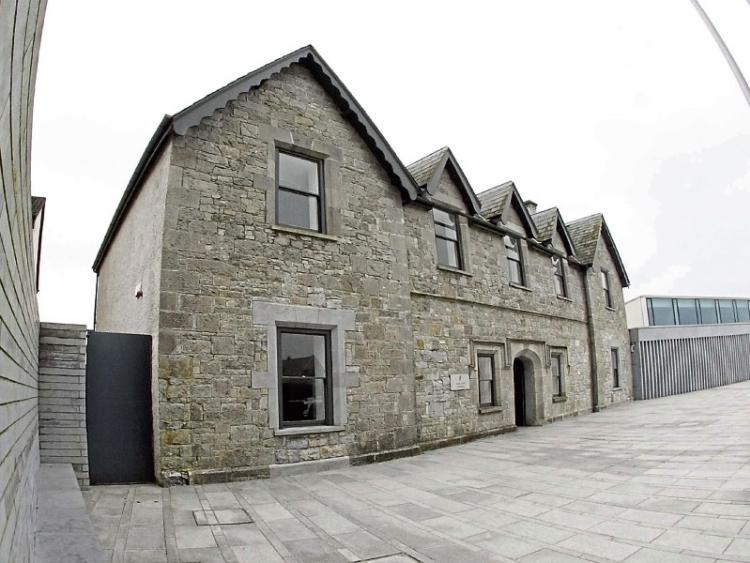 A KILMALLOCK woman was accused of biting and repeatedly banging the head of a long-time friend off a tiled pub bathroom floor during a birthday party.

Jane Sheedy, aged 42, of The Hill, Kilmallock, pleaded not guilty to assault causing harm to Mary Meyer in Fitzgerald’s bar, Kilmallock, on September 23, 2018.

Ms Meyer, aged 40, of Brickfield, Effin was charged with assaulting Ms Sheedy on the same night. At last Friday’s sitting of Kilmallock Court, Inspector Sandra Heelan said the State was withdrawing this charge against Ms Meyer as it had been dealt with by way of an adult caution.

Prior to the incidents on the night, Ms Meyer said Ms Sheedy told her she was “going to f*** up your business, your life and your marriage and I am going to f***ing kill you”.

Ms Sheedy said Ms Meyer “accused me of having an affair with her husband”.

The first witness was Ms Meyer. She said she was socialising at a friend’s birthday party on the night in question.

“My friends had called a taxi to leave. They were going in a different direction to me so I waited for the taxi to come back. I was sat at a table with a friend,” said Ms Meyer.

Ms Sheedy came over several times, said Ms Meyer, who “didn’t like the situation I was in”.

“She (Ms Sheedy) was speaking into my ear. It became threatening at this stage. She wasn’t getting a reaction from me. She became verbally abusive, calling me names - selfish cow, controlling, manipulative, a lot of the c*** word. She said I was the cause of her mental problems when she was 15. I continually asked her to leave,” said Ms Meyer.

Continuing her evidence, Ms Meyer said Ms Sheedy told her she was “not leaving”.

“She said, ‘I am going to ring your husband and tell him what a lying c*** you are’. She stood up and left with her phone. I continued to ring the taxi to get me out of the situation. Jane returned with the phone up to her ear. She said, ‘I spoke to your husband and told him what a lying c*** you are’. I was upset at this stage. He was at home minding my children. He would be getting worried and upset,” said Ms Meyer, who added that Ms Sheedy had a glass in her hand.

“I felt very threatened. She (Ms Sheedy) said, ‘If you think you can move your business from Kilmallock to Charleville, and get on with your life you’ve another thing coming. I’m going to f*** up your business, your life and your marriage and I am going to f***ing kill you. I pushed her out of my way. She was blocking me from getting out. I felt very threatened,” said Ms Meyer.

She said a friend brought her to the bathroom.

“I was continually phoning the taxi to collect me. I was jumped on from behind. She (Ms Sheedy) pulled me to the floor, repeatedly banging my head off the floor. She was continually kicking and punching me into the side, stomach and head. She bit my arm. When I put my hands up to my head she bate my arms. It felt like it was going on forever, I felt like I was paralysed. I was shouting ‘stop’ and ‘help’. Michael Fitzgerald came in and got her off of me. I got first aid from people who worked there.

“My friend stayed with me. I heard her (Ms Sheedy) say to my friend, ‘Be very careful whose side you are on because there are no cameras in the bathroom’,” said Ms Meyer, who added that she contacted the gardai and was collected by her husband.

The following morning, Ms Meyer said she attended the doctor and was given a letter for A&E.

“Bloods were taken for STDs. My nose was continually bleeding. There was cartilage twisted in my nose that required an operation,” said Ms Meyer, who showed the bite scar on her arm to Judge Marian O’Leary.

Con Barry, solicitor for Ms Sheedy, put it to Ms Meyer that she accepted an adult caution that Wednesday for assaulting his client on the night.

Mr Barry put it to her that she was the aggressive one and pushed Ms Sheedy off her stool onto the ground. CCTV of this incident was played in court.

“No. She was blocking my way. I asked her to leave several times. She had a glass in her hand. She threatened to kill me. I didn’t want a glass in the face,” said Ms Meyer.

Mr Barry said he had an independent witness, who was not friends with either party, who will say she was in the bathroom at the same time as the alleged assault. The solicitor asked Ms Meyer why she did not mention anybody else in the bathroom apart from her friend and Ms Sheedy.

“I didn’t see anyone else,” said Ms Meyer.

Mr Barry said his independent witness will say that Ms Meyer was facing the door and saw Ms Sheedy coming in.

“No. My back was to the door. I didn’t see anyone coming from behind,” said Ms Meyer.

Mr Barry said his independent witness will say she was in the cubicle for 30/40 seconds, didn’t hear a person’s head being repeatedly banged against a tiled floor and tried to separate Ms Sheedy and Ms Meyer.

“I didn’t see anybody else,” said Ms Meyer.

Mr Barry put it to Ms Meyer that she attacked Ms Sheedy in the bathroom and Ms Sheedy bit her forearm to get out of a headlock Ms Meyer had her in.

The next witness was Ms Meyer’s friend who was sitting beside her and was in the bathroom. She corroborated Ms Meyer’s testimony, saying Ms Meyer was facing the bathroom mirror when Ms Sheedy came in and “knocked her to the ground”.

Under cross examination from Mr Barry, she said she didn’t see the independent witness in the bathroom.

The investigating garda, Mark O’Mahony said he received a call at 1am on the date in question from Ms Meyer alleging she had been assaulted by Ms Sheedy. In the course of his investigation, he said he interviewed Ms Sheedy under caution.

Garda O’Mahony read out the interview to the court in which Ms Sheedy said she and Ms Meyer had been friends for the last 25 years.

“Mary didn’t like it. That was about a year ago,” said Ms Sheedy. She told gardai that she went to Fitzgerald’s around 11pm and Ms Meyer bought her a drink which she found “strange”.

“I bought her a drink back and I hoped we could sort it out. I was disappointed she wouldn’t do that. She accused me of having an affair with her husband. She drove me off the stool,” said Ms Sheedy.

She told gardai that she wanted to go home but the independent witness asked did she want to go the bathroom.

“She brought me to the bathroom through the powder room. I remember she was holding my hand. I saw Mary was looking at me. I felt fear. We ended up in a huge fight, a physical fight. She was twisting my neck and I had hold of her hair. I had to bite her to get out of the headlock. I felt like I was going to pass out. Mike Fitzgerald came in. I apologised to Mike. I was so embarrassed over it. I rang my husband to collect me. He said I collapsed when I got home. I went to ShannonDoc and had headaches,” said Ms Sheedy to gardai.

Garda O’Mahony said he prepared a file for the DPP and directions followed.

The last person to take the stand was the independent witness.

“She looked disorientated. She was calm. I needed to go to the bathroom. I asked her did she want to come with me,” said the witness. Mr Barry had pointed out on the CCTV the witness and Ms Sheedy heading towards where the bathroom and powder room are in the pub.

When she entered the bathroom she said Ms Meyer “had her back to the mirror, facing me”.

“Would they have seen you?” asked Mr Barry.

“Yes,” said the witness. She said she then went into a cubicle.

“I heard Ms Meyer saying ‘Jane’. I heard a ruckus. I finished up in the bathroom. The two of them were on the ground in a huddle. (Ms Meyer’s friend) was leaning over them trying to break them up. The owner of the bar came in and they broke apart,” said the witness.

Insp Heelan asked what she meant by ruckus?

“I heard banging off the cubicle like if somebody hit off it. I heard voices shouting. I couldn’t make out what they were saying. It was real loud. I saw them on the floor. I tried to break them up but I couldn’t,” said the witness.

In summation, Mr Barry said to Judge O'Leary that the State had not reached the threshold of beyond reasonable doubt to convict his client.

“You have seen on the CCTV the aggressive demeanour of Ms Meyer before she went to the bathroom. Three minutes and 38 seconds later Ms Sheedy went into the toilets. That is not enough time for Ms Meyer to cool down from being angry and aggressive. The independent witness said she went into the toilet first followed by Ms Sheedy and Ms Meyer was facing them. Ms Meyer and her friend said in direct evidence she was not there. They must have seen her. Their credibility has to be questioned. The independent witness said she saw Ms Sheedy and Ms Meyer on the ground. There has to be a doubt regarding Ms Sheedy attacking Ms Meyer,” said Mr Barry.

Regarding the bite on Ms Meyer’s forearm, the solicitor said this was done in self defence by Ms Sheedy to be released from a “chokehold”.

On those grounds, Mr Barry asked for the case to be dismissed.

Insp Heelan said the threshold had been met by the State.

“The independent witness corroborates Ms Meyer. She heard fighting and voices raised in the bathroom. Ms Meyer suffered a black eye, blood from her nose that requires an operation and has a scar from the bite. This was a serious assault on Ms Meyer,” said Insp Heelan.

Judge Marian O’Leary adjourned the case from Friday’s court in Kilmallock to Monday in Limerick District Court to allow her to read all her notes.

On Monday morning, Judge O’Leary said it was a very sad situation that two best friends for 25 years were facing each other in a courtroom. The judge said she hoped they find “some level of civility” and that it won’t be passed down through the generations as it wouldn’t be fair on their children to “have such a legacy”.

She referred to the injuries sustained by Ms Meyer in the medical report - neck, back, nasal and facial bone injuries.

“The nature of her (Ms Meyer's) injuries does not justify self defence (as argued by Mr Barry on behalf of Ms Sheedy). The State reached the threshold (of beyond reasonable doubt). I find the defendant (Ms Sheedy) guilty,” said Judge O’Leary.

The case was adjourned until December 15.