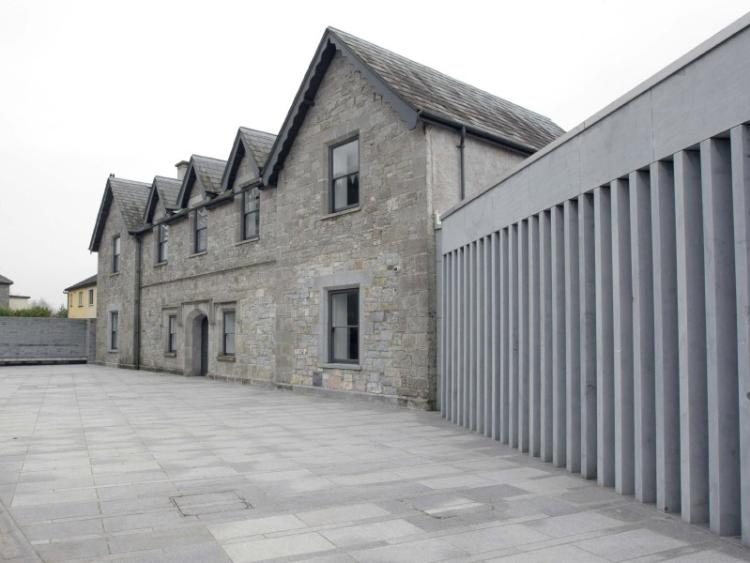 A KILMALLOCK pensioner is accused of punching an elderly man, displacing his hearing aid, in a road rage row involving a sulky.

The court heard the incident involved two jeeps coming in opposite directions on a narrow road at Riversfield, Kilmallock. Behind Mr McDonagh’s jeep was his son, Patrick, on a sulky.

It was captured on the alleged injured party’s dash-cam footage. Mr McDonagh can be heard shouting: “My son could have been killed. Come out you c***. Who do you think you are? I waved you down. You want to be careful, boss”.

After the altercation, the alleged injured party drove away and turned the camera on himself. The footage, which was played in Kilmallock Court, shows blood coming from his nose and on his jumper.

Reginald Garrett BL, representing Mr McDonagh, said the bleeding may have been caused by hitting his head off the steering wheel when he decelerated or by “hitting his nose”. The barrister also accused gardai of “bias” and “treating people differently” in their investigation.

The first witness was the complainant, aged 73.

“I got to the straight stretch. There was a jeep in the middle of the road with its flashing lights on. I kept going. There would have been space for them to pull in if he wanted to let oncoming traffic through. They never pulled into a lay-by. I saw a horse behind the jeep and I stopped. I respect horses on the road.

“The jeep stopped behind me. He opened my door and started punching me into the side of the face. Blood started streaming from my nose. My hearing aid was driven out of my ear over to the passenger door. I was trapped in the seatbelt.”

The 73-year-old said he put the vehicle in gear and drove on.

“I turned the camera around to show my nose bleeding. I went to the doctor. She bandaged me up as good as she could. I went to the hospital. My nose was fractured,” said the elderly man, who identified Mr McDonagh as the man who assaulted him.

Mr Garrett BL said that he didn’t slow down when he saw Mr McDonagh had his flashers on.

“I’m entitled to half the road,” he said.

“You thought you were in trouble,” said the barrister.

“I was never in trouble,” he replied.

“You had room to pull in?” said Mr Garrett BL.

“No. The council’s gullies are at my side. He (Mr McDonagh) had at least five feet to pull in,” said the complainant.

Turning to the alleged assault, Mr Garrett BL punched the palm of his hand a number of times which could be heard in the courtroom. There were no noises like that in the dash cam footage, said the barrister.

“He (Mr McDonagh) was hitting bone not flesh. What happened my nose?” he asked.

“I have often been accused of that,” said Mr Garrett BL.

The barrister said the complainant was “belligerent, refused to slow down, Mr McDonagh tried to warn you by flashing his lights - you ran him off the road”.

“He ran himself off the road,” replied the 73-year-old.

The investigating garda - John Curtin - is now retired. He read out a cautioned interview in Bruff Garda Station from November 1, 2018, with Mr McDonagh on what occurred on the date in question.

“It is a quiet back road. We hardly ever see a car. We go out with our ponies. That day we were coming home. We came to a straight part of the road. I saw an oncoming vehicle. He looked to be going fairly hard. I had my flashlights on. I moved out a bit to show there was a pony behind me. Patrick was on a sulky.

“He came over to my side. He seemed to be coming straight at me. I had to swerve into the ditch. I was very frightened. The horse hit the back of the jeep. My son went into the ditch. He seemed to be knocked out. My grandchildren were crying. The horse could have come in the back windscreen” said Mr McDonagh, who then outlined how he opened the door of the other motorist’s car.

"I shouted, 'Was he trying to kill us'. He wasn’t in his right state of mind or drunk. I was just going to ring the guards when he drove off,” said Mr McDonagh.

Garda Curtin asked why he drove in front of the sulky.

“Why should I pull in? I think that man should pull in,” said Mr McDonagh, who denied throwing any punches.

Garda Curtin asked if there was blood on the man’s face when Mr McDonagh opened the jeep door?

“How did it get there?” asked Garda Curtin.

After Garda Curtin finished reading out the interview, Inspector Niall Flood asked what was the demeanour of the 73-year-old when he made his complaint to gardai on the day of the incident.

“He was upset, distressed, had swelling on his face, blood on his jumper, bandage on his nose,” said Garda Curtin.

The retired garda gave evidence of the sequence of the investigation - taking a statement from the complainant, viewing the dashcam footage, requesting doctor’s report and interviewing Mr McDonagh under caution on November 1.

Mr Garrett BL asked if it was a small, narrow boreen?

“No. Not by Irish standards. Two vehicles can pass if they are careful,” said Garda Curtin.

Mr Garrett BL asked did he speak to Mr McDonagh shortly after the incident to see if he had marks on his knuckles.

Garda Curtin said he "carried out the investigation as he thinks it should have been".

Mr Garrett BL said: “My client swerved off the road yet he was charged with dangerous driving?”

“He was in the middle of the road with a sulky following him. There was no contact between the driver of the jeep and the sulky except shouting out the window. When asked why didn’t he slow down Mr McDonagh said: ‘Why should I slow down?’,” said Garda Curtin.

Mr Garrett BL asked if he investigated the damage to Mr McDonagh’s jeep?

“No. There was no collision between two vehicles. The damage was caused by a horse,” said Garda Curtin.

Mr Garrett BL said he had “failed again to properly investigate it”.

Martin McDonagh Jnr and Parick McDonagh - sons of Mr McDonagh - were the last two witnesses. Martin, who was in the passenger seat, said he got an “awful fright” as the “car came to our side of the road”.

He said he heard his dad “doing a bit of shouting” and then the jeep drove off.

Patrick said he was in the sulky behind his father’s jeep travelling at 23mph. He said he hit his shoulder and leg when the pony went into the back of Mr McDonagh’s jeep.

In summation, Mr Garrett BL said a lot has been made of Mr McDonagh being in the middle of the road, not slowing down or stopping but nothing had been made of the complainant refusing to slow down and stop.

“There is bias - treating people differently. It is holding someone to a higher standard than somebody else,” said Mr Garrett BL.

The barrister said he can’t explain the assault and “nor should I have to”.

“He could have hit the steering wheel or hit his nose. The investigation was sub-par. Evidence was missed. There is reasonable doubt whether an assault took place and no evidence of dangerous driving,” concluded Mr Garrett.

“The complainant was driving his jeep, minding his own business and he ended up going to the doctor’s.

“He gave direct evidence he was assaulted. He did not hit the wheel. He did not assault himself,” said Insp Flood.

Regarding the dangerous driving charge, the inspector said the flashing lights were used to tell the alleged injured party “to get in off the road while they were doing a time trial on a sulky on a straight stretch of road to build up speed”.

Mr Garrett said there was no evidence given about a time trial.

After almost three hours of evidence, Judge Marian O’Leary said she was “not going to give her decision now”.

“There are serious consequences for everybody,” said the judge, who will give her decision next month.