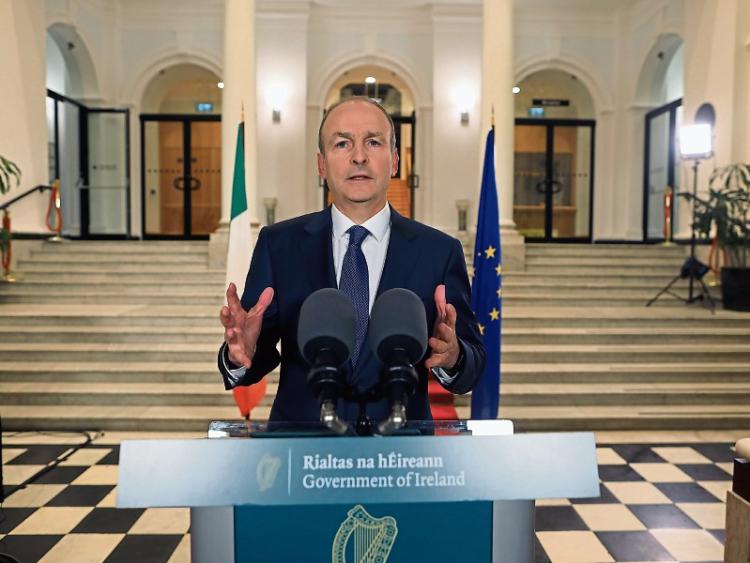 BUSINESSES across Limerick are hoping they will be given the green light to re-open next week with the easing of Level 5 restrictions.

The National Public Health Emergency Team, led by Chief Medical Officer Dr Tony Holohan, will make recommendations to Government this Wednesday ahead of a formal announcement by Taoiseach Micheál Martin later in the week.

Following a recent spike in the number of cases of Covid-19 in Limerick, the incidence rate of the disease dropped to below 200 (per 100,000 population) on Monday for the first time in ten days. Limerick has also dropped down the league of counties with the highest rate of infection in the country.

Thirteen new cases of the disease were reported in Limerick last night.

While the incidence rate in Limerick still remains significantly above the overall national rate, there is some optimism that a number of large outbreaks and clusters have been contained.

While a formal decision regarding the easing of restrictions has yet to be made, the Taoiseach has confirmed the country will return to some form of Level 3 from December 1.

Most non-essential retailers and personal-service providers are expected to re-open but there is uncertainty regarding the hospitality sector – with some reports suggesting cafes and restaurants will not be allowed to open until nearer Christmas.

Mary Cronin, who runs The Hogan Stand pub in Meanus, says while she really wants her pub to be open for Christmas, she is aware of some publicans who would rather remain closed if it offered them a clear run in 2021.

“It's the uncertainty really. We need a guarantee this time that if we do open, we'll be left stay open. You just cannot open overnight, there is a lot of planning required. The breweries have been very good taking back stock from us the last two times. They're not going to do it again, and it's not fair to do it either. We need clarity if we do get open, we'll stay open,” she said.

Cllr Jerry O'Dea, who owns a pub at Mulgrave Street in the city said bar owners have been left "in limbo"  and that he feels  pubs serving food and not serving food should be treated fairly and equally.

"It should be based on capacity rather than any distinguishing between food and drink. We really want government to take cognisance of the fact we've worked very hard to provide a controlled environment which will minimise the risk of Covid spread. There have been minimal cases in pubs when we were allowed open for two weeks. The department said there were no increases in sick pay from the hospitality sector during that time," he said.

Chamber chief executive Dee Ryan says local retailers forced to close last month have put in a huge amount of effort into ensuring their premises are Covid-19 safe for when the restrictions are eased.

“They've taken all the precautions necessary not just for themselves and their staff but also for their customers. It's really important they are given an opportunity to trade. I notice on the HIQA  report (published last week), it indicated the highest risk environment are not regulated spaces like our hotels and restaurants, whereas guidance is clear and obvious, and people are there to remind you lest you forget yourselves,” she said.

"I commend our independent retailers for the innovation they have shown over the course of the last eight months. Together with the Local Authority and Local Enterprise Office, the Chamber is proud to have supported 225 businesses in their online journey and getting the ‘Shop Limerick’ platform launched," she added.

"Regardless of what level we move to next and mindful of putting your own safety first, I would ask you to choose local in the coming weeks, whether online or safely in person when restrictions allow.  This important spending period of December is an opportunity for us to do for retailers with Shop Local what we did for hospitality during the summer with staycations.  There is fantastic choice and quality locally and if we get behind Limerick.ie/shop we can give our local businesses the Christmas boost they deserve after an incredibly difficult year," said Laura Ryan, director of Marketing and Communications at Limerick City and County Council.

Separate to businesses and the hospitality sector, travel restrictions are likely to be eased within counties next week but restrictions on household visits may not be eased until nearer Christmas when specific guidelines will be issued.

A formal announcement is expected on Friday evening following a cabinet meeting.