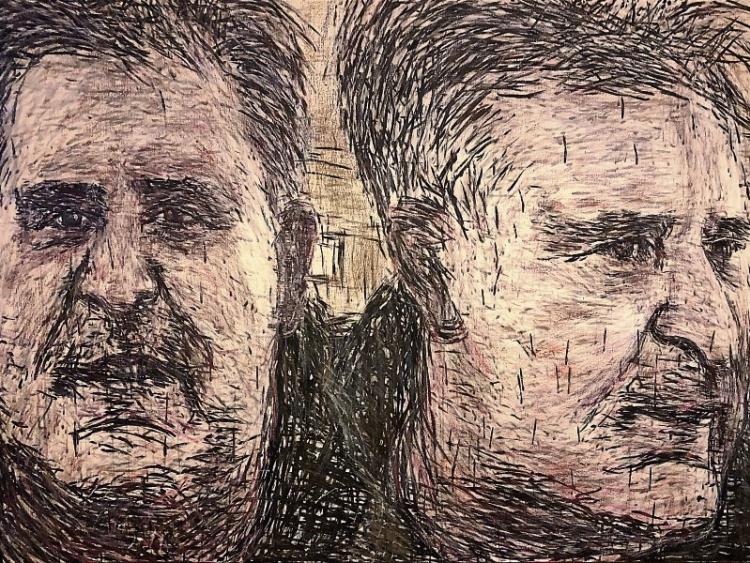 ARTIST Thomas Delohery has been named as a finalist in a prestigious drawing competition in Australia.

The M16 Drawing Prize is for drawing in either traditional drawing media and techniques, or non-traditional works that extend understanding of what drawing may be within contemporary art practice.

Thomas who lived on Ennis Road in the city emigrated to Australia in 2010.

He lived in Melbourne for nine years but recently moved to Ballarat in Victoria, which is well known for its massive gold rush over the past century.

He is a full-time artist for the last three years but used to teach disengaged youth visual art on a part time basis for a number of years.

“I moved to Australia on a Distinguished Talent VISA as there are a lot more opportunities for art here,” Thomas said.

Thomas’ entry was a drawing of famous Australian actor Anthony LaPaglia. The Adelaide native played Jack Malone in American television series Without A Trace, for which he won a Golden Globe for Best Actor - Television Series Drama.

“I met Anthony late in 2019 and I drew from life. Anthony was a pleasure to meet and draw in person.

“He is a tonic of a guy. He had me laughing for most of the time I was drawing him in person,” Thomas said.

The selected piece is called, Australian Actor Anthony LaPaglia - In Conversation about our Fathers, which will be on display at the M16 Artspace in Canberra from November 26 until December 5.