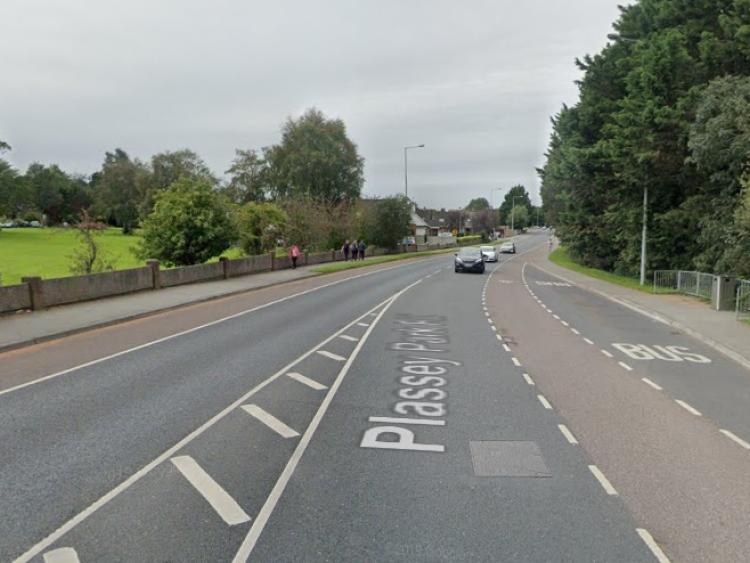 Improvements are set to be made to part of Plassey Park Road in Castletroy | PICTURE: GOOGLE STREETVIEW

COUNCILLORS have passed plans to upgrade a section of the Plassey Park Road.

Under the proposals, which came for approval before metropolitan councillors, the Plassey Park Road between its junction with Plassey Road and the University Road would be further signalised.

There will be more dedicated pedestrian and cycling crossings, and bus lanes. On top of this, upgrades are proposed to walking paths and bicycle lanes.

The plan was passed – but only after more than an hour of debate at this month’s meeting, with councillors concerned that not enough priority was being afforded to cyclists and pedestrians.

A bid by Fianna Fail councillor James Collins to defer making a decision on the plans did not gain enough support, and ultimately the development was approved.

Green Party councillor Sean Hartigan welcomed the development, but feels the concerns from many cycling interest groups were not taken seriously enough.

“I know we are under ​pressure to get this part 8 [planning application] moved forward. That's why I supported it, providing the footpaths and cyclepaths are up to proper standard, and input from councillors and other parties in the final design is allowed,” he said.

Cllr Collins said: “What we are trying to do is encourage people to walk, cycle and use public transport. We were asked to approve a development at some very busy junctions. It was an ideal opportunity to design a junction which prioritised pedestrians and cyclists. What we have today is a junction with five lanes of traffic which meant we have reduced cycle lane widths. It's not a safe scheme in my view.”

Labour’s Elena Secas also feels the division between the road and the cycle lane is not enough.

“One of the biggest concerns is the the convergence of the cycle lanes into one road. You have the cars coming from the Elm Park side. They have to drive [over the cycle paths] onto the road. If you have someone cycling, it's really dangerous for them,” she explained.

“We need to be thinking outside the box. This is something that should be sustainable for the future,” she added.

Seamus Hanrahan, for Limerick Council, pointed out the majority of the cycle lanes are two metres apart from the road – and said land acquisition had taken place along the corridor to ensure this was able to happen.

Cllr Sasa Novak, Green Party, said: “We should be looking towards positively discriminating towards cyclists". It's unsafe at the moment.”

The council’s boss in the metropolitan district Kieran Lehane urged Cllr Novak to withdraw the comment claiming the plan is “unsafe.”​

“This scheme has been put together by leading designers,” he pointed out.

Cllr Joe Leddin, Labour, warned that the fact members did not have any input once the part eight proposal was passed for the Parnell Street cycle lane led to it being a “disaster”, and said this must not be allowed happen again.

But Mr Lehane said: “In any project you undertake, there are contending issues.  We’ve had to achieve balance. No scheme is going to be perfect because of multiple users. But it's a vast improvement on what is there.”

Cllr Daniel Butler, Fine Gael, said: "There needs to be a change in how we deal with cycle lanes. There is supposed to be a policy to prioritise pedestrians and cyclists. It should not be compromised.”