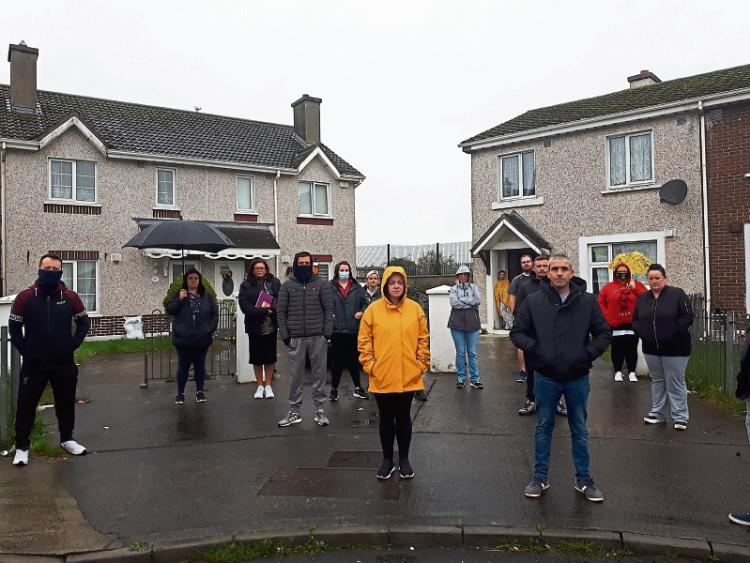 RESIDENTS of a city estate say they may report their housing provider to the Ombudsman over the condition of their homes.

There are some 34 homes in Ballygrennan Close in Moyross. Unlike the majority of the estate, which are either privately owned or in council ownership, the houses in this avenue are owned and run by the Respond! housing agency.

However, locals have been left frustrated, claiming their homes have not been renovated to the extent they would like.

Sarah Reddan, who has lived in the close for six years, claimed residents are complaining of “damp, mould and draughts”, and the insulation in the properties is poor.

She added that council tenants elsewhere in the area are having repairs done to their home, while they are not.

“If there is anything wrong with our houses, nobody ever comes to fix them. They might come along and fill in a hole with a tube or sealant. Then they wouldn’t last if there was a leak or anything wrong. Our homes are not up to date – I’d say there is nothing new put into them since they were built,” she said.

Residents have been supported by local activists Dean Quinn and Sarah Beasley of the Aontu party.

Ms Beasley has organised them to form a committee.

As a group, they’ve written to Respond (the company stated to the Limerick Leader they have not received same) with their concerns and have afforded them a 14-day deadline to respond.

“If they don’t come back after that, unfortunately, the only route is the Ombudsman,” Ms Beasley confirmed.

Mikey Kenneally, another resident, said winter is going to be very difficult.

“If you have the heating turned on, the minute it gets turned off, it’s freezing again. So you’re wasting money on heating. You can literally see your curtain nets moving, they are blowing, even when the windows are closed,” he added.

Stephen Tubridy only moved into his property two years ago. He said at the time, it was newly built.

But he says he’s already running into issues.

“I’m having a rake of problems only after two years. If I am having these problems, God only knows what issues the other lads are having,” he said.

Mr Quinn described the Ballygrennan Close residents as the “forgotten” people of Moyross and urged Limerick Council to step in and take ownership of the homes.

He said: “We are in winter. It’s costing people a fortune for heating in there, and to keep the homes warm. There’s mould. We are in 2020, and I don’t think it’s right or fair on the people to have to be highlighting these issues and getting nowhere.”

A spokesperson for Respond said an energy upgrade at Ballygrennan Close was completed in 2014 with funding from the Sustainable Energy Authority of Ireland.

“Respond take our responsibilities to our tenants extremely seriously and we have responded to any repair requests when reported. We can however only address issues that are brought to our attention.  We have a process in place for reporting maintenance and repairs, with an out-of-hours services detailed in our tenant handbook. We are committed to keeping the homes of all of our tenants in good repair however we also have to prioritise to ensure that limited resources are targeted to those properties most in need, with over 10,000 tenants around the country. In this case recent concerns had not been brought to our attention,” the company said.

Respond also confirmed that it has visited Ballygrennan Close in the last few days.

”Engagement was positive and tenants do have some maintenance issues to be addressed. The team have agreed with tenants that they will do follow up visits and re-issue copies of tenant handbook. We are committed to continuing our engagement with the tenants on this matter and will continue to work with tenants on any maintenance concerns,” the spokesperson added.