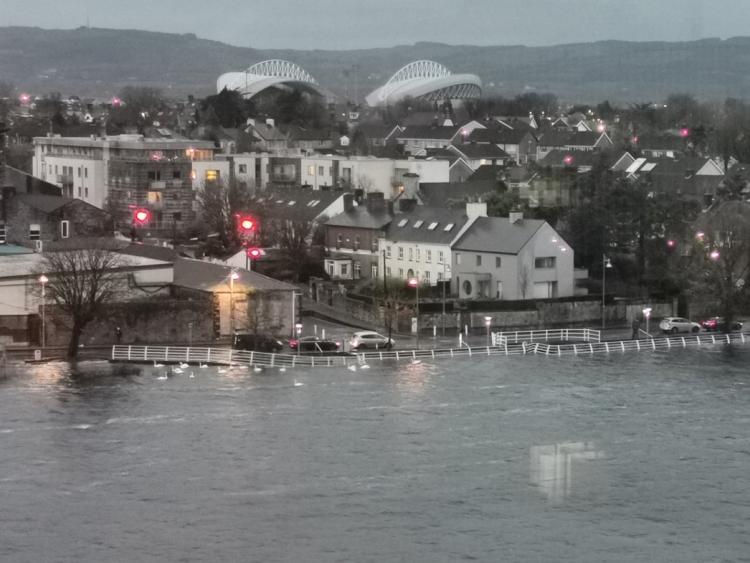 TIDAL flooding has been reported in Limerick city this Saturday evening.

Limerick Fire and Rescue have tweeted that "crews are in attendance at tidal flooding along Clancy's Strand, Limerick City. Please avoid the area".

According to local councillor Olivia O'Sullivan, Limerick Council have been notified of the matter and flood barriers are currently being installed by the council crews on Clancy Strand to prevent further flooding from the morning’s tide. "Traffic access is being prevented from Thomondgate/Thomond Bridge side with only local access for residents from the Ennis Rd entrance," Cllr O'Sullivan tweeted.

Excess surface water has been reported along Clancy Strand #limerickcity. @LimerickCouncil have been notified. Caution is advised, please avoid the area if possible. https://t.co/o8rdenTOz5

A number of photos and videos have been circulating on social media in the past hour of large volumes of water splashing onto the road beside Clancy Strand where a number of cars are parked.