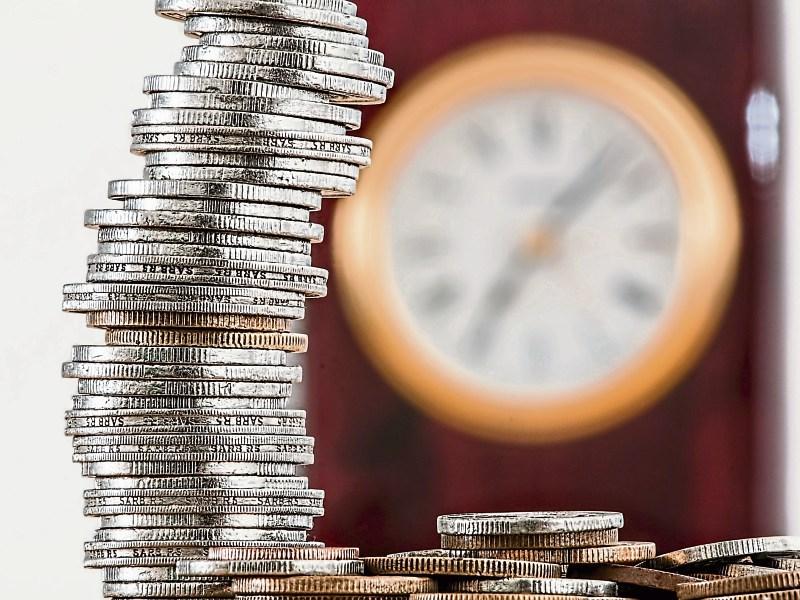 I want to tell you a story about a woman who lost €216,125 over the last 9 months. And just because this number is particularly big, doesn’t mean what happened to her can’t happen to you. The only difference is, the more money you have, the more costly your mistake could become.

She reached out to me in mid-February, just before Covid-19 took hold, because she had recently left a company, she had been employed with for 25 years.

She had built up a considerable pension which stood at €1.4m and she wanted to know what she should do with it. She had planned on continuing to work and didn’t need access to it until she was 60 which was another 8 years’ away.

Knowing what I did about her finances (I carried out an exercise which showed me what her future outgoings in retirement were likely to be, and I crossed referenced them with data I had from people similar in age to her, similar in pension fund size, similar area she lived in etc. so my numbers were good and were validated by other metrics I had available) I knew what her future income requirements were, so I knew exactly what risk profile should be assigned to her fund, and of the many hundreds of funds to choose from, I was able to narrow down with certainty and logic, what fund, and provider was best suited to her.

This was all great and made a lot of sense to her, and we agreed to move things forward but then C19 got in the way and slowed things down somewhat. She also got distracted with an elderly parent and her head wasn’t in the right place, so she asked could we hold off completing the transfer until things improved, and I said of course, no issues at all. I’ll always go at my client’s pace rather than mine.

Anyway, fast forward nearly 9 months, and I received an email from her last week asking could we reconnect, because she wanted to have that conversation again about what she should be doing with her pension fund.

Now, in the interim, her fund continued to be managed by a very well-known wealth management company.

And they had been circling her fund like a carrion bird circles the carcass of a dead animal, for some time. They badly wanted to manage her fund and were very eager for her to sign it over to them permanently. Her words not mine.

She was hesitant to do anything with them and it wasn’t her intention that they would end up managing her fund for the past 9 months.

She shared with me how her fund had performed under their charge and also showed me the report they completed for her, outlining what they were proposing to do with it. The report ran into 54 pages with lots of graphs and pie charts, but she admitted she didn’t get past page 3.

When I compared how her fund had performed against the fund, I had recommended to her back in February, the difference between both over the past 9 months was €216,125.

When you put the two funds alongside each other, the fund that cost about 50% less in charges delivered a return that was 14.95% greater, and forget about percentages, the total difference in Euros and cents was €216,125.

She was flabbergasted but the numbers were indisputable.

I can give you hundreds of examples where this happens to people all the time. The difficulty people have is they don’t know who else to get advice from. And in fairness all that may be available and in front of them is the company who administered their employers pension scheme so they’ll take advice from them because (a) they’re simply there and (b) they don’t know anyone else to ask.

And unfortunately I find much of the advice given, actually works against people from the get go, because when I diagnose the fund they’re invested in with reference to the amount they need in retirement, it’s pretty clear that those giving the advice either didn’t care or had no understanding of what their client actually needed. Pretty shocking and I’m not sure which is worse.

And this is exactly what happened to this women. The wealth advisers were giving her advice about high cost funds without reference to how much she needed, what other sources of income she had etc.

Surely, they had asked her when they were carrying out their due diligence before making any recommendations, and when I put that question to her, she said No.

The recommendations they put in front of her were also incredibly complex, and I’m wondering was this a deliberate ploy to persuade people like her to invest with them. I think the assumption is that people will believe the more complex the advice is, the better it must be.

She didn’t need a very complicated strategy, in fact the simpler the better, but that goes against a certain type of company who think sophistication and complexity justify their profession and their incredibly high fees.

My mantra is that financial advice doesn’t have to be complicated for it to be good.

You want to be able to get from point A (your starting point) to Point B (end goal/comfortable retirement) and there’s no bonus points for degrees of difficulty.

Look there’s nothing wrong with having a very complex and sophisticated plan and maybe that’s required for some people and if it delivers then great. However, for the vast majority of people, the less complicated your plan is, the better the outcome could be. Complicated plans require constant activity and when you increase the number of decision’s you or your adviser have to make, it only increases the odds that a mistake will be made.

Unfortunately, people can get suckered into taking advice from financial advisers just because they speak with an air of certainty and confidence who tell them put their money into this sector or that asset class or that company. It sounds better than someone saying to them, you know what, I’m not sure what the future holds so I think we should spread your money across a wide range of investments in different locations throughout the world because who knows what’s going to happen in the future, so I’m putting a plan in place that protects you from the unknowns.

That type of advice is a rock of common-sense but only turns out that way when people look back and regret not having following, it. And they didn’t follow it because it just didn’t sound great at the time compared to other advice they may have been given.

Perhaps if I didn’t know this woman, my advice wouldn’t have seemed as exciting as the 54-page report that big organisation produced. Maybe my three pager with no graphs wouldn’t have looked as good as theirs, but the devil is in the detail, and the returns it produces, isn’t it?