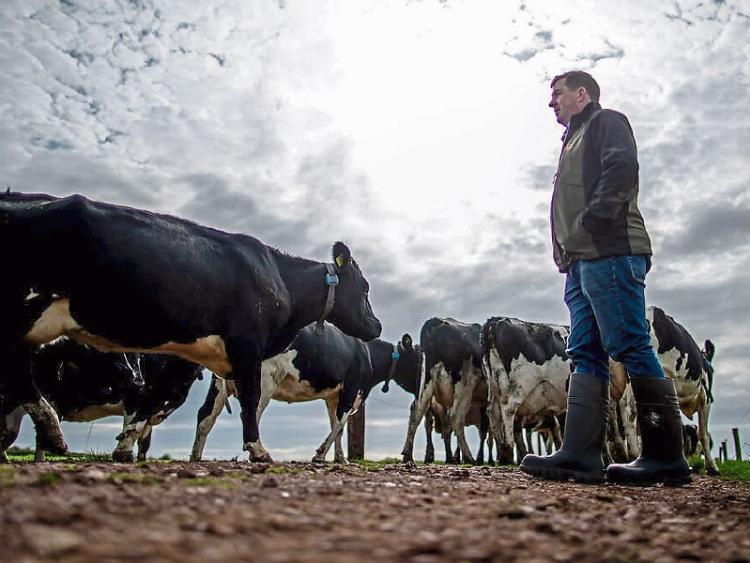 Farmers like Fiachra Liston, Banogue, were honoured for ‘producing the best quality milk in the world’

WHEN we all tuned in to the Late Late Show a couple of Fridays ago to see the announcement of the NDC & Kerrygold Quality Milk Awards it may have been missed that the Listons were named the overall runners-up.

Fiachra and Mary Liston narrowly missed out on top spot to the Starrett family from Donegal. They farm in Banogue with their four children - Caitlin, Edward, Aidan, and Matthew.

Being named overall runner-up and highest EBI herd category award winner in the “Oscars of the Dairy World” is an incredible achievement.

The 2020 shortlist was made up of 11 dairy farming families representing 11 dairy co-ops nationwide. All farming finalists underwent a detailed assessment by an expert judging panel including Professor Pat Wall from UCD, Dr David Gleeson from Teagasc and Dr Jack Kennedy, deputy editor of the Irish Farmers Journal. Each of the finalists were judged on sustainable farming practices, milk quality, technical knowledge and animal welfare on-farm practices.

Professor Wall said since the establishment of the NDC & Kerrygold Quality Milk Awards in 2009, the standard of entrants has improved year on year.

“This is a credit to the immense dedication of Irish family farms to producing the best quality milk in the world. Consumers all over the world would be reassured by the attention to detail in terms of hygiene, food safety, animal health and welfare and environmental protection applied by each of our finalists.,” said Prof Wall.

This year, the winner was revealed live, for the first time ever, during a three-minute special extended ad break of The Late Late Show on Friday, October 30. In a specially produced video, the stories of the 11 finalists were captured and the winner was then revealed on air to the suspense of all 11 finalists, their families, their co-ops and their communities.

Although a traditional awards ceremony was not possible this year, The Late Late Show announcement allowed families all over Ireland to share in the celebration of the incredible hard work of Irish dairy family farms all over the country.

“Their pride and hard work are what make Kerrygold a world-famous, family favourite at home and abroad. This year, Ireland’s dairy farming families have been working harder than ever to keep Irish dairy products on kitchen tables in Ireland and around the world – all whilst maintaining exceptional standards in milk quality and sustainable farming. We’re thrilled to be able to celebrate our winners,” said Mr Jordan.

“Irish dairy has one of the lowest carbon footprints internationally, primarily due to the unique Irish grass-fed, family-farmed system which is extremely efficient and involves less intensive farming. During challenging times people need to have trust in what they know. Irish dairy is recognised as a vital part of people’s diet and general health across the life stages, indispensable to Ireland’s social and economic well-being. The farmers who have been awarded this year represent the highest standards as food producers delivering an exceptional product that is enjoyed at home and revered by consumers all over the world,” said Ms Kavanagh.