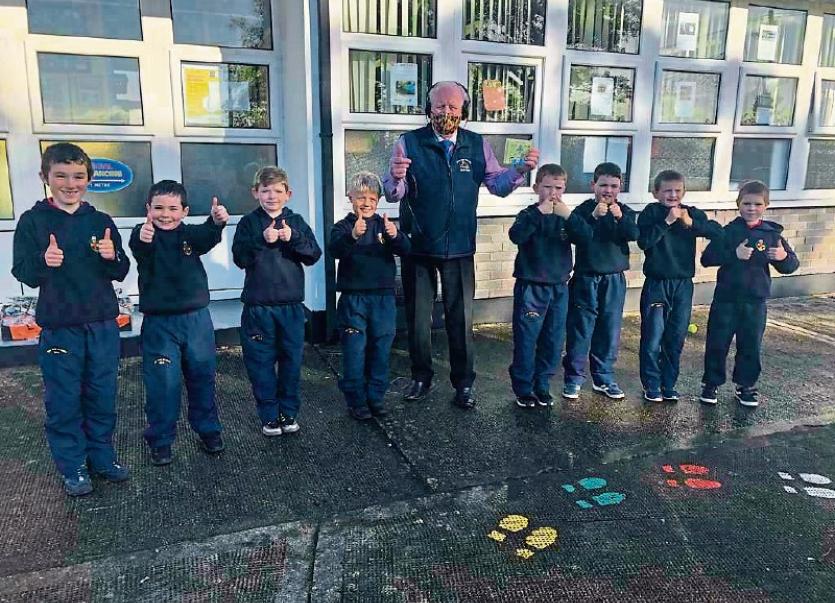 BOYS from Doon are known for being good with a hurley in their hand but they are equally gifted with musical instruments in their lámhas.

Doon CBS Primary School already has the honour of two former pupils – Adam English and Jack Ryan – being announced as captains of the Limerick Minor and U-20 hurling teams respectively.

And now the school has made their very own CD called Mol an Óige. Like many musicians they had to postpone its release due to Covid.

“We were within a few hours of having the launch but we had to cancel it at the last minute because of the first lockdown,” said Donal.

However, they were able to launch it before the most recent lockdown. They had the perfect man to do the honours – local man Packie O’Brien who is a well-known DJ with Tipperary Mid-West Radio.

Mol an Óige has gone from being a springtime surprise to an ideal festive gift.

“It would be a lovely Christmas present as well as being a lasting memory for the boys of their time in Doon CBS. The CD was produced with the help of the Creative Schools Initiative and many thanks to Packie for launching it for us,” said Donal.

All classes in the school from second to sixth performed on the CD.

“Every boy in the school sang and many played instruments also. They played ukulele, tin whistle, keyboard, chime bars and percussion instruments.

“There is wonderful musical talent in the school and the boys love learning to play the ukulele and the tin whistle.

“Mol an Óige is a compilation of traditional Irish songs and tin whistle instrumentals,” said Donal.

If making music wasn’t enough, pupils also made and designed the artwork for the cover.

Copies of the Mol an Óige CD can be purchased in Doon in O’Sullivan’s Centra, Richardson’s butchers and the Post Office.