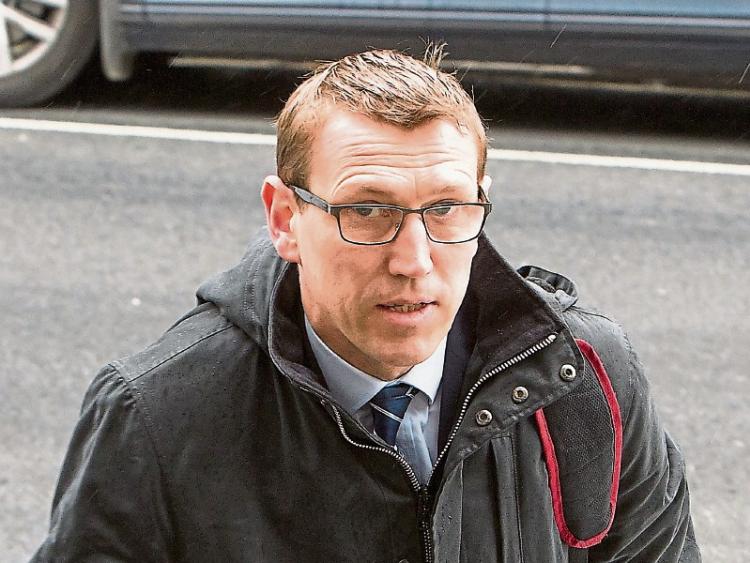 THE family of a pensioner who died following a procedure carried out in the resuscitation room at the emergency department at University Hospital Limerick have raised concerns in relation to their mother’s discharge from both UHL and Ennis Hospital prior to her death.

Marian Feeley, 75, from Newmarket-on-Fergus, Co Clare, died a number of days after being admitted to UHL in February 2018, with pain and gallbladder problems.

The inquest had been adjourned from September 2019 when Limerick coroner John McNamara had  requested a deposition from a radiologist before recording a finding in the case of the woman.

Pathologist Dr Olubunmi Ipadeola carried out a post mortem and concluded that she died from septic shock while he also noted a number of other underlying conditions.

Ms Feeley's family raised the issue of a procedure that was carried out on her at the hospital, which resulted in a burst blood vessel and haemorrhage of the liver and asked whether this could have contributed to her death.

Dr Ipadeola had acknowledged the bleeding in his report, but noted it was confined to the liver and still believed sepsis was the primary cause of death.

When the inquest resumed last week in the courthouse in Kilmallock it was heard that Ms Feeley had been admitted to University Hospital Limerick in January 2018 with acute cholecystitis. She was subsequently transferred to Ennis General Hospital and discharged home.

Thereafter she was readmitted to University Hospital Limerick on February 19, 2018, with suspected acute cholecystitis and sepsis.

A deposition was read out by radiographer Siobhan McGrane who performed a procedure on Ms Feeley in the resuscitation room in the emergency department at University Hospital Limerick.

She said she was informed that Ms Feeley was critically ill and was at risk of death from sepsis. Dr McGrane said it was decided that the placement of a percutaneous cholecystostomy tube as an emergency last resort procedure was the only viable clinical option available in addition to medical management to attempt to save Ms Feeley’s life and it could not be safely delayed.

The inquest heard that consent was obtained from Ms Feeley’s husband for the procedure.

However, family members who were present at the inquest raised concerns that the procedure could have contributed to their mother’s death.

They also raised concerns over “her whole care” in UHL and Ennis Hospital particularly in relation to Ms Feeley being earlier discharged from both hospitals before they felt she was healthy enough to go home.

“I pleaded and pleaded with them not to send her home  because she wasn’t right. She wasn’t eating, she was vomiting, her stomach was still swollen,” Ms Feeley’s daughter Laura Feeley told the inquest.

“We pleaded with them not to send her home. We were told in Limerick that mammy was no longer an acute patient so she had to go to Ennis and she spent a week or so over there,” she added.

When asked by coroner John McNamara how Ms Feeley was in Ennis Hospital, Ms Feeley’s daughter Laura replied: “She was very bad, very bad. She should not have been discharged.”

Ms Feeley said her mother was “rushed back into hospital and then that procedure was done” and she later died.

Mr McNamara rose for a period of time to review all of the depositions in the case.

When the inquest resumed Mr McNamara noted the family’s concerns in relation to Ms Feeley’s discharge from both University Hospital Limerick and Ennis Hospital “in the recent past before her death”.

Mr McNamara said he also understood the family had concerns about the bleed following the procedure Ms Feeley underwent which radiographer Siobhán McGrane outlined in detail.

Mr McNamara noted that Dr McGrane had pointed out that there is a complication with the procedure on the liver that can result in a bleed.

“Dr McGrane said that she would rather wait three to five days but it does appear your mam was extremely ill at the time,” he said.

Mr McNamara said that he was taking into account what the family had said to him but he also had to be guided by what is in the records and what the doctors said at the inquest in their depositions and what the pathologist who carried out the post mortem said.

“When a pathologist does a report in a coroner’s case, he is independent of the hospital. He is employed by the coroner to do it. I have to be guided by the medical findings of the post mortem and the evidence,” said Mr McNamara.

Mr McNamara said that the narrative verdict would be that Marian Feeley, 75, with a history of prior attendances at Ennis General Hospital was admitted to University Hospital Limerick in January 2018 with acute cholecystitis. She was subsequently transferred to Ennis General Hospital and discharged home. Thereafter she was readmitted to University Hospital Limerick on February 19, 2018, with suspected acute cholecystitis and sepsis.

“She subsequently suffered a bleed to the right lobe of the liver as a complication of the procedure which was subsequently embolized to stop the bleeding. Unfortunately she deteriorated and passed away on February 22, 2018. She died as a result of acute cardiorespiratory failure and septic shock due to cholecystitis. A contributory factor in her death was the ischemic liver injury, post embolization after the cholecystostomy tube insertion.”

Mr McNamara expressed his sincere condolences to the family.

“I know nothing is going to bring your mam back. You have obviously been through a very traumatic experience,” he said.

A representative of the HSE present at the inquest expressed sincere condolence to the family on behalf of the HSE.

A statement released by the Feeley family after the inquest reads: “A narrative verdict has in small measures explained the events leading to our mother’s death, but for us it does not explain the What?, Why?, How?, Who? or When? Our mother’s story was the beginning of the end when she visited a dentist in 2015, after having four of her teeth removed in one sitting. Hours later she lay strewn out on the kitchen floor apparently suffering from a stroke.

This stroke left mam unable to walk, but her sense of humour and will to live remained strong. In 2018 she started to get a fever and upper body pains. We were told by the hospital she had acute cholecystitis. They gave her antibiotics and sent her home. We were told by the hospital staff sadly due to her having a stroke and with her condition there was nothing they could do if she returned. She was in need of a cholecystostomy.

The irony was the treatment she needed thus proceeded when her health had badly deteriorated a month later, injuring her liver but ultimately we are told she died of heart failure and sepsis. To not question how our mother died would be to sugarcoat this narrative. Everyone should be aware that the HSE book of condolence fills every hallow hall in this country. We would like to take this opportunity to thank all of our mother’s home carers.”