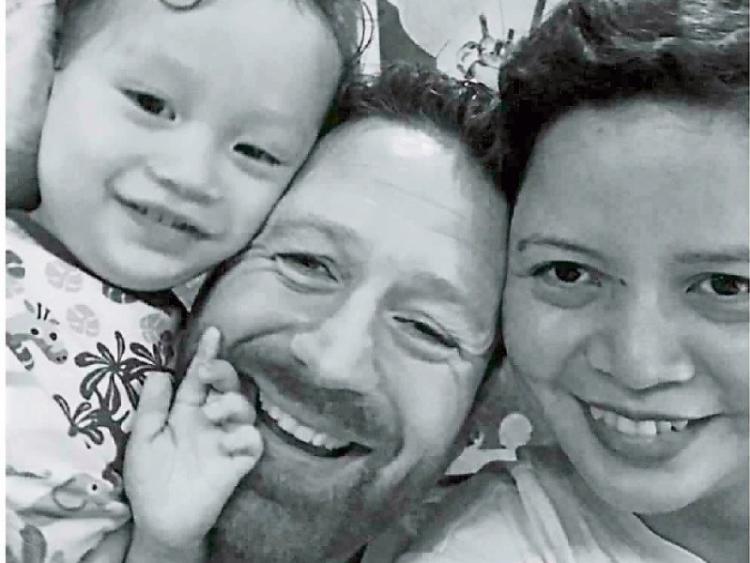 THE eldest brother of Paul Carey, who tragically died in a road collision in Dubai over the weekend, has described him as “a devilish rogue.”

“You’d definitely want him with you if the Vikings were coming over the wall. But at the same time, you couldn’t meet a more caring, compassionate, loving, family man,” said Sean Carey, who was speaking publicly for the first time following the tragedy which has left a family and parish heartbroken.

A former Patrickswell hurling captain, and Limerick senior panelist, popular Paul passed away following the incident in the United Arab Emirates (UAE) at the weekend.

Ahead of Paul's Funeral on Saturday, Sean praised the tremendous efforts of his friends in the Middle East in lifting the burden off the family here, saying their help is “beyond belief.”

“We have been really blessed in terms of the friends he has over in the UAE who were able to help us in the tragic event. Even for something as simple as getting the belongings from his car to attending the court hearing which is protocol, to even getting permission from the court to get his passport to expedite his repatriation. We have been so fortunate, the efforts are beyond words,” Sean said.

“All we want to do now is bring him home and just lay him to rest.”

The support from friends was the “ultimate tribute” to the father-of-one, who was due to turn 42 shortly, with heartfelt tributes pouring in from around the world.

“Whether he was hurling in Boston, playing five-a-side in Brunei, running over in Qatar, or playing squash in the UAE, it’s just unbelievable the people he met, the friends he made. My phone has been hopping with texts and tributes. The people helping us over there who he hurled with – they all said Paul would do the same for them,” Sean said.

Really important for Sean has been the support of the GAA family right across Limerick and further afield. The family is of course steeped in the game, with Paul’s older brother Ciaran Carey considered as one of the best Limerick hurlers of all time.

Commentator Ger Canning paid tribute to Paul during his coverage of the Cork-Kerry Munster football semi-final on Sunday.

And closer to home, this Sunday, Limerick’s hurlers – who in their number is Paul’s nephew Cian Lynch – will observe a minute of silence ahead of their Munster final clash with Waterford.

Sean said: “I’m GAA all my life. I was reared in it. I’m not saying the GAA are perfect. But in a situation like this, man, it’s like they are a second family.”

“I’m living in the Ahane parish. Paul was Patrickswell. But Ahane club members have come into our house with food, cooked hams and meat to bring out to Patrickswell. Even the texts we got off people who had contacts in the embassy offering help – 90% of them were GAA people,” he added.

The biggest tragedy of Paul’s passing is the fact he leaves behind a son Fionn, 5, and wife Anna, who are being supported by friends and family in Patrickswell.

Together for a decade, Anna met Paul in the UAE and she is expecting their second child in March.

Paul had planned to come back to Patrickswell to live with his wife and son full-time at Christmas, with a job in a secondary school lined up, working as an English and religion teacher.

It was left to family members to break the terrible news to her on Saturday: “It was beyond words, you just couldn’t explain it,” Sean said, “I’m a nurse myself, and you go through a lot of trauma in my job. And it’s right up there with the worst I’ve seen.”

Anna, a Filipino national, is being made to feel right at home in Patrickswell by all the Carey brothers and sisters, Sean said.

“She is very close to my sisters, two of them in particular, who live right beside her in Patrickswell. They are very good to her and emotionally supportive of her. She really is home from home at the moment,” he said.

Upon learning the sad news, Sean said his kind-hearted brother Ciaran’s thoughts were immediately with Anna and Fionn.

”The very minute Ciaran heard, his very first words to me were ‘God, poor Anna and Fionn’. Do you know what, they can come back and live with me for the rest of their lives if they want’,” he reported.

Family was massively important to Paul, Sean said, explaining: “Whilst he was the furthest family member away he was the best at connecting with family members when he came home whether it was Cork, Kerry, Tipperary or Dublin. He was genuinely mindblowing when it came to it.”

At the moment, the family are in the middle of the practicalities of getting Paul home to rest, and organising his funeral.

Sean said: “We are distracted, but every now and then, when there is a quiet lull, it hits you. We haven’t the luxury at the moment of grieving and feeling sorry. It’s just a case of getting him home. Then the real hardship will hit.”

Mild-mannered off the sporting field, on it, Paul was a “warrior with a capital W,” said his brother.

“It didn’t matter if you were his brother, cousin, sister or your friends, all bets were off,” he smiled.

A former student of Patrickswell NS and St Clement's in the city, Paul won the All-Ireland senior ‘B’ hurling title in 1997.

He also celebrated three senior hurling titles with his club, captaining the side in 2003. That year, he walked out alongside his nephew, the current All-Star hurler Cian Lynch – who was mascot – as ‘The Well’ triumphed.

He played twice in the National League for Limerick, making his debut against Derry in 2002 when he started next to Ciaran.

However, Paul's senior debut occurred back in November 1998 at Semple Stadium when Limerick faced Tipperary in the South-East League.

John McDermott, who chairs Patrickswell GAA said the club is "devastated" to hear the news.

“The Carey family are synonymous with Patrickswell GAA. They are heavily involved, all the family. Our thoughts and prayers are with them at the moment. It's so tough as it's happened outside the country, it's so hard to deal with," he said.

“Ciaran is currently the Patrickswell senior manager and the whole family are steeped in Patrickswell GAA, so it's devastating to even comprehend it."

May Paul rest in peace.