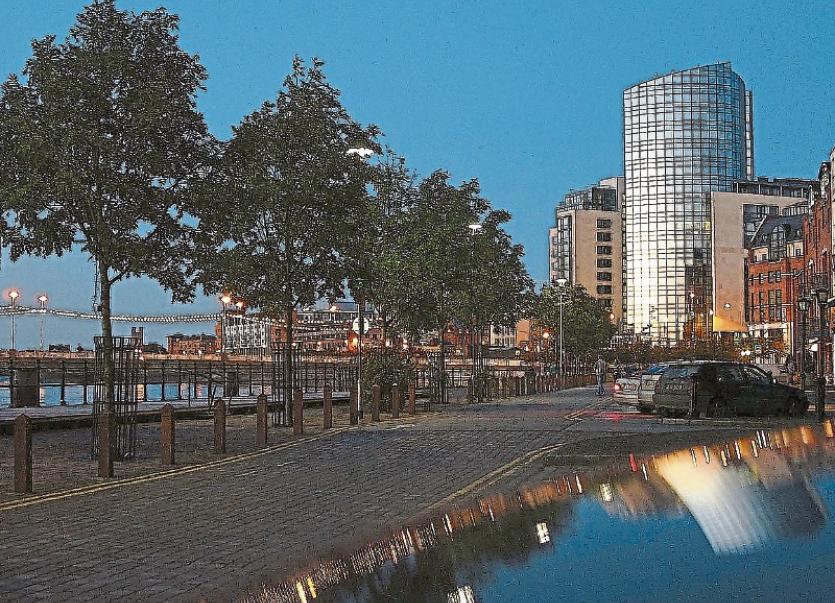 LIMERICK City and County Council has formally published plans to take over the running of a riverside site close to Limerick city centre.

After councillors approved the plans for the authority to take in charge Steamboat Quay, a notice has now been published which formalises this, and asks the public for submissions ahead of a closing date of December 2.​

For many years, residents have complained at a lack of maintenance in the area. But this will soon change once the council formally takes it in charge.

In a move welcomed by Labour member Joe Leddin, the local authority has activated the legal process, known as 'taking in charge' which will see the signing over of communal lands from the management company to Limerick Council.

“When that original development was built, there were several different title ownerships on the common land area. The hotel were always concerned about the deteriorating state of the common area. The council could never go down and do any public realm work, despite the fact you had a hotel, other businesses, restaurants, and skate parks, as well as people generally walking that way as it’s close to the river. Now, the council will be able to do proper  upgrade works,” he said.

Plans to take in charge Steamboat Quay have been in the melting pot for at least a decade.

“It’s a long process, but one which is thankfully drawing to a close,” he said, “If you make a public area attractive for people to visit and spend time there, they will. Steamboat Quay has been a missed opportunity for many years now,” he said.

See the notice at limerick.ie