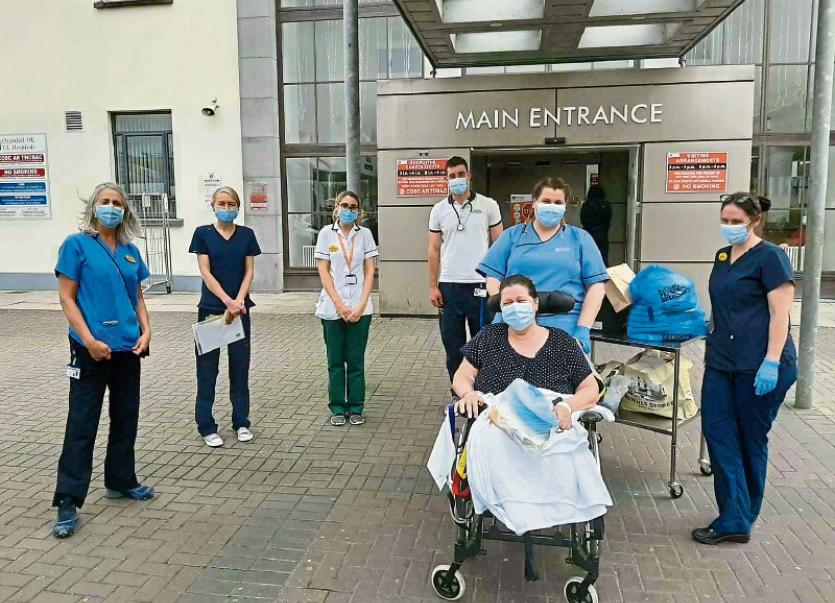 THE family of a mother who survived against all the odds have appealed to the kindness of local tradesmen to help get her new home over the line.

As reported in the Limerick Leader back in August, Caroline Salem, 62, from Newport, was left in a wheelchair having lost the use of her legs after complications arose during a routine operation.

The mum-of-five was given just a 20% chance to live.

However, survive she did, and an online fundraising appeal has helped raise more than €17,000 towards the cost of adapting her home.

Her son Sameer said while much of the outdoor work is done, the cost of some of the work needed inside has spiralled.

Acknowledging that he feels somewhat “embarrassed” to be asking after a fantastic response to the online appeal, Sameer said: “We are at the stage now where we are looking at tiles, and we need to pay for a tiler to do the kitchen. Plus, we are looking at appliances, furniture and electrical fittings. It's costing quite a bit. We are nearly out of money from the fundraiser.”

“​It is hard to put into words. I feel bad thinking we should be plugging it again,” he explained, “But the costs are spiralling. We’ve just been quoted €3,000 for tiles and labour – it’s something I did not anticipate being that much.”

“I know with the pandemic, it's not a good time. People are out of work, companies are losing money. I suppose this is just a panic request really,” he said.

His mum Caroline is in good spirits, he said.

“The extension is done, the roof is up, so it's just a case of working on the inside. It's kept her going to see it,” he said.

Sameer once again took the opportunity to thank all those people who have helped raise money through the family’s GoFundMe page.

“Given the current climate, it's amazing to see such kindness,” he added.

Caroline was transferred from St John’s Hospital to University Hospital Limerick where she was in a coma for three months.

During the initial procedure she contracted sepsis which saw her transferred to intensive care.

At one point, Caroline said medics were considering turning her life-support machine off, but her children all insisted that must not happen.

Incredibly, she got through the ordeal, but lost the use of her legs due to the fact they had to be amputated above the knees and is confined to a wheelchair.

Check out the fundraising page here.