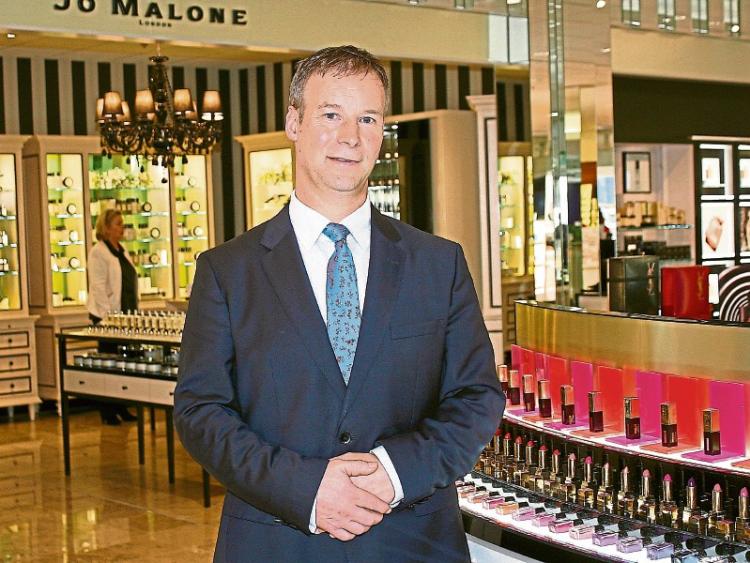 Under the Limerick-Shannon Metropolitan Transport Strategy (LSMTS), the city’s main thoroughfare would become a focal point for bus transport, with cars being banned.

The hope is this would relieve congestion, with the plan tying in with the €9.1m renewal of O’Connell Street.

But Liam Dwan, who manages the Limerick branch of Brown Thomas, said traffic in the centre is not currently an issue.

Speaking at an online meeting on the strategy organised by Kieran O’Donnell, he said: “Being honest about it, the way things are moving and have been over the last number of months, traffic through the city is not an issue. We wish it was an issue. Anyone who thinks it is should stand in O’Connell Street,” he said.

At the meeting, Limerick City and County Council’s director of physical development said: “The most important thing in terms of the plan for O’Connell Street is that all private cars will be taken off the street. That’s a significant step. We are trying to balance the orbital routes in and around the city and how to be able to manage it. The car will vanish. If we are looking for a network of corridors to allow buses to operate to their maximum function, we felt the best location was O’Connell Street.”

However, Mr Dwan said this could damage the reputation of the city for those coming in from the suburbs.

“I think making a sweeping statement that you want no cars at all is changing from everything we’ve discussed over the last two years. The approach to the city centre is what’s all important. It’s ease of access, it’s giving confidence to people in the suburbs that Limerick is a place which is happy to do business, that wants to do business,” he said.

“Hearing these comments, I would be extremely concerned that not a lot of thought has gone into it in the overall aspect of the approaching towns,” Mr Dwan added.

But the council director doubled down on the view, saying: “The long term plan is to take the cars off the street. We want to make it a more suitable place. If there is less traffic, there would be less congestion and pollution. It’d be an easier place for people to browse, walk around and spend time in the area. At the moment with all the traffic, we feel it’s not the most suitable for people.”

Mr Dwan’s intervention came after Ailish Drake of the Irish Georgian Society, called for buses to be focused on Parnell Street beside the bus station, instead of Limerick’s main street.

“We would submit the National Transport Authority (NTA) has not really understood the importance and historical context of O’Connell Street and its importance to the city. If we want to create a destination in Limerick, O’Connell Street must be part of it. By putting buses on it, you’re ruining the streets historical aesthetic,” she said.

Ms Drake said: “We recognise there is a huge need for BusConnects in Limerick, but with Colbert station being the transport hub and with plans for around this area, we’d submit Parnell Street is the street which really needs to take the  bus corridor. Architecturally, it is not as significant a street as O’Connell Street.”

However, Bus Eireann chief executive Stephen Kent said: “Colbert station is an area that is going to be developed. But ultimately people will want to be back near the shopping district and it’s about trying to provide that.”

Almost 70 people were present at the online meeting held on the Zoom platform.