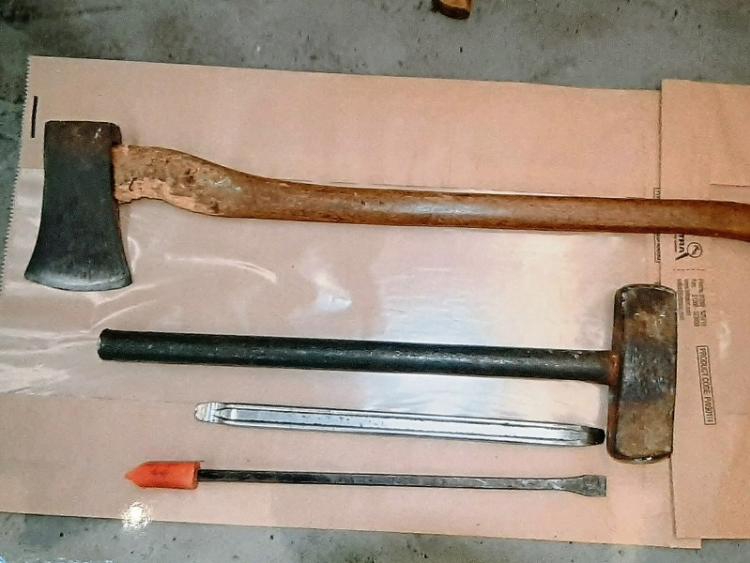 THE ringleader of a crime gang which removed a safe containing more than €20,000 in cash from a supermarket in County Limerick has been jailed for five years.

Imposing sentence, Judge Tom O’Donnell said it was clear Michael Harty was the supervisor during what was a “planned and premeditated burglary which was executed with precision”.

Harty, 36, who has an address at Rossmanagher Road, Sixmilebridge, County Clare had pleaded guilty to a single charge of burglary relating to the break-in which occurred during the early hours of May 3, 2018.

Detective Garda Jason Mitchell said he was one of three masked men who forcibly entered the shop at Clounreask, Askeaton at around 1.45am while a fourth remained outside and acted as lookout.

“It was a planned and premeditated crime,” he said. Extensive damage was caused to the shuttering and inside the premises during the burglary which lasted for just over nine minutes.

Footage from inside the store shows the raiders proceeding directly to a back office where they located the safe.

They can then be seen removing the safe on a hand-trolley and placing it in the boot of a black Audi S4 Quattro which had been stolen in the UK a number of weeks earlier.

Detective Garda Mitchell said as the raiders turned onto the main road, the safe fell out of the boot and that they abandoned it and fled when a neighbour who had been alerted by the alarm approached the area.

The car was located later on the night after it crashed into a ditch at Fanningstown, Croom.

DNA matching that of Mr Harty was found on one of the airbags while various implements, including a crowbar and a sledgehammer were recovered in the vehicle.

Imposing sentence, Judge O’Donnell said Mr Harty’s 63 previous convictions were an aggravating factor as was the premeditated nature of the break-in.

He said it was clear from the CCTV footage that he was the first person to enter the premises and that he supervised the operation.

“He bears a high level of culpability – he was effectively the director of operations,” he commented.

It was noted the married father-of-five has been “making good use of his time in prison” and that his guilty plea had prevented the need for what could have been a “complex and technical” trial”.

He imposed a five-year prison sentence telling barrister Brian McInerney he did not feel it was appropriate to suspend any portion of the sentence.