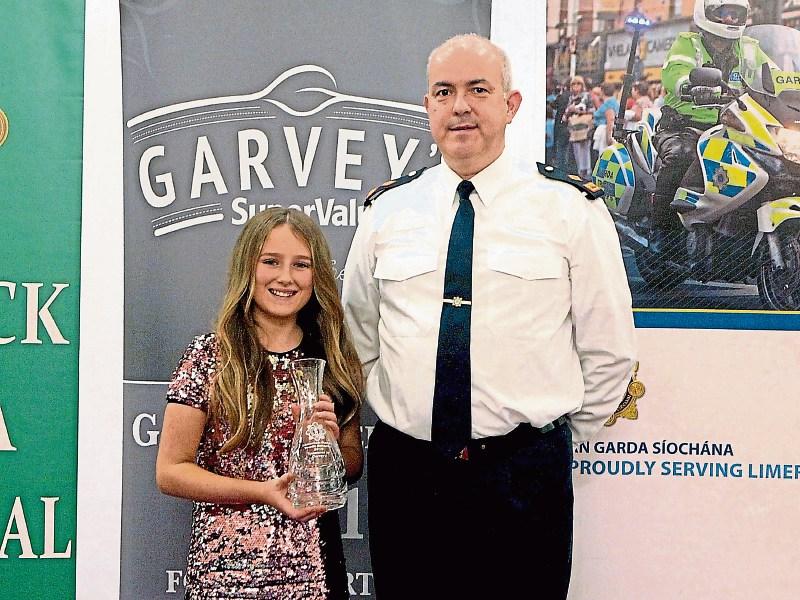 LIMERICK teenager Sarah Corbett Lynch who lost both her parents in tragic circumstances has been honoured with a National Garda Youth Award.

The 14-year-old, who was presented with a Limerick Person of the Month Award for 2019, was honoured at a virtual ceremony as a physical ceremony could not be held due to Covid-19 restrictions.

Sarah was only 12 weeks old when her mother Margaret ‘Mags’ Fitzpatrick died in November 2006 from a severe asthma attack.  In August 2015, when she was just eight, Sarah’s father Jason, Corbett, 39, was murdered in North Carolina.

Subsequently, she and her older brother Jack returned to live in Limerick with their aunt Tracey, Jason’s sister.

Last year, Sarah published a self-affirming book which has helped children explore grief, loss and a range of other complex emotions.

Noodle Loses Dad, her first book of the Boogawooga series,  sees Noodle take the reader on a journey as she faces the loss of a loved one, moving houses, becoming part of a blended family and learning to find hope and happiness again.

Having been awarded a Limerick Garda Youth Award, Sarah was nominated for a national award along with other divisional winners.

“I feel very proud of myself and I feel empowered because I know that other people have been listening to what I have been saying and that I have been able to reach other children who have gone through difficult circumstances such as losing people that they love, or divorce or even just moving home,” said Sarah in a post on social media after she received the award.

So proud to receive a National Garda Youth Award today in an online ceremony with @HMcEntee & Commissioner Harris. Thank you to those in @GardaTraffic @gardainfo & sponsors @SuperValuIRL . Congratulations to all the other awardees & nominees. pic.twitter.com/bwbBokwf6k