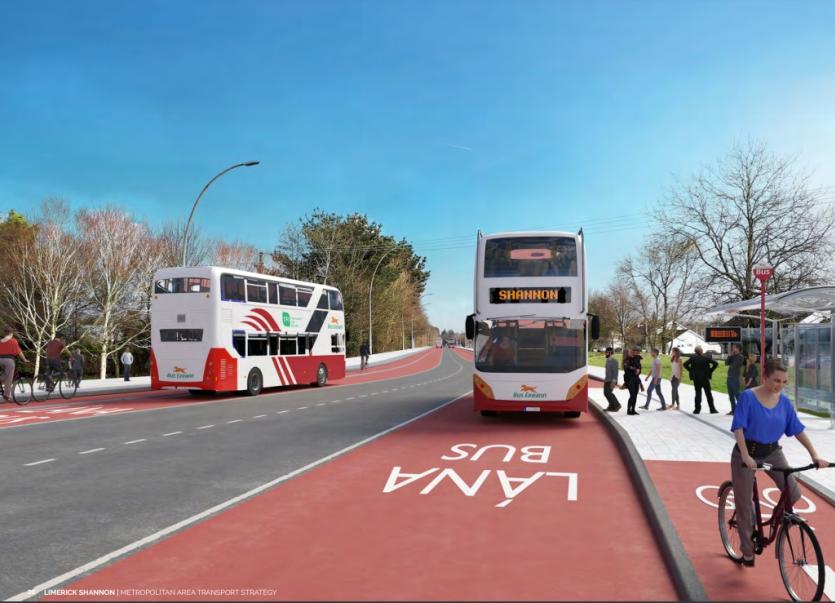 The draft Limerick-Shannon Metropolitan Transport Strategy was published in September

THE Fianna Fail council group in the metropolitan district have added their voices to the opposition to the new transport blueprint. They have urged Transport Minister Eamon Ryan to withdraw the Limerick-Shannon Metropolitan Transport Strategy.

The multi-million euro plan has received only a lukewarm welcome locally, with many concerned at the impact it will have on local trade.

Among the measures proposed is the closure of Sarsfield Bridge to all but bus traffic, and a bus connects-type service around the city.

Cllr James Collins said: “Having engaged with many stakeholders, it is clear that the draft plan lacks any strategic targets, has a poor implementation strategy and is not aligned with the program for government and the climate action plan.”

He said the targets for the strategy is based on what he feels are “flawed assumptions” associated with the population growth in the region, which many local representatives feel are not ambitious enough.​

“If this plan is to be the basis for future funding decisions then Limerick and the Mid-West region is off to a very bad start. We are very concerned at the poor consultation process and are calling for a revised plan to include independently monitored targets that are aligned with the objectives of the strategy,” he added.

”We are calling on Minister Eamon Ryan to withdraw the report and to implement a transport strategy for Limerick and Shannon the matches the ambition of the region.” Cllr Collins concluded.

Earlier this month, the Chamber urged for the strategy to be paused.​ The group believes it does not reflect anticipated long-term changes to work and transport patterns arising from remote working.

This all comes as Irish Rail chief executive Jim Meade said as part of the 20-year plan, they the semi-state wants to see Limerick linked to Dublin in just one-hour, 45 minutes.

It will achieve this through double tracking and increased capacity from Limerick Colbert to Limerick Junction, where customers can join the main Cork-Dubllin lline.

He also said there is the possibility of rail stations in suburban Limerick, with Parkway, Moyross and Cratloe being earmarked as potential halts.

“We currently have the footprint. So you’re not CPOing land, you’re not knocking houses. It makes looking at it viable.” Mr Meade said it’s ultimately for the National Transport Authority to decide.