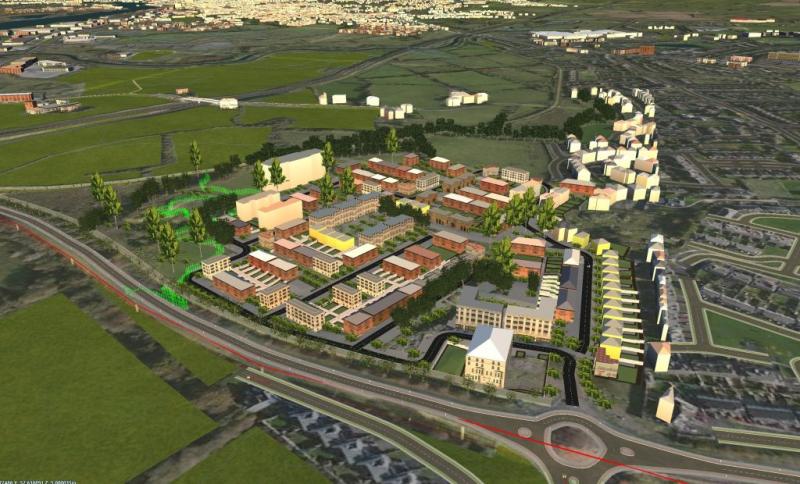 AN BORD Pleanála has told the developers behind a massive housing scheme in Raheen to provide much more information on its proposals.

DW Raheen Developments had opened talks with the national appeals body for fast-track planning permission for 332 homes at a site just off the Dock Road.

However, the hopes of a quick application have suffered a blow after An Bord Pleanála indicated the plans needed “further consideration and amendment”.

Sources say that in meetings with developers for fast-track schemes of this nature, ABP would either indicate this, or that an application is ready to be made.​

According to the plans, the units would be divided between 221 houses and 111 apartments on land lying between the Fr Russell Road and the Dock Road. The site is bounded by Blackberry Lane which links these two key city routes.

It’s the latest strategic housing development to run into difficulty with two previous high profile projects in Limerick turned down.

“I’m very cognisant of those living in the neighbouring estate. Their needs must be considered as part of this. I would have concerns about the road capacity of Blackberry Lane, and also the protection of land already zoned as open space,” he said.

It’s understood the link road to the site is single carriageway only.

Since more than 100 housing units are being delivered, the developer can bypass the local planning authority with the application fast-tracked to An Bord Pleanala.

This comes after the last government introduced rules to expedite housing developments to cater for a shortage.

The agents for the Clonmel-based company DW Raheen Developments ​did not return a request for comment.