End of an Era! A fond farewell to Limerick’s Salesian order 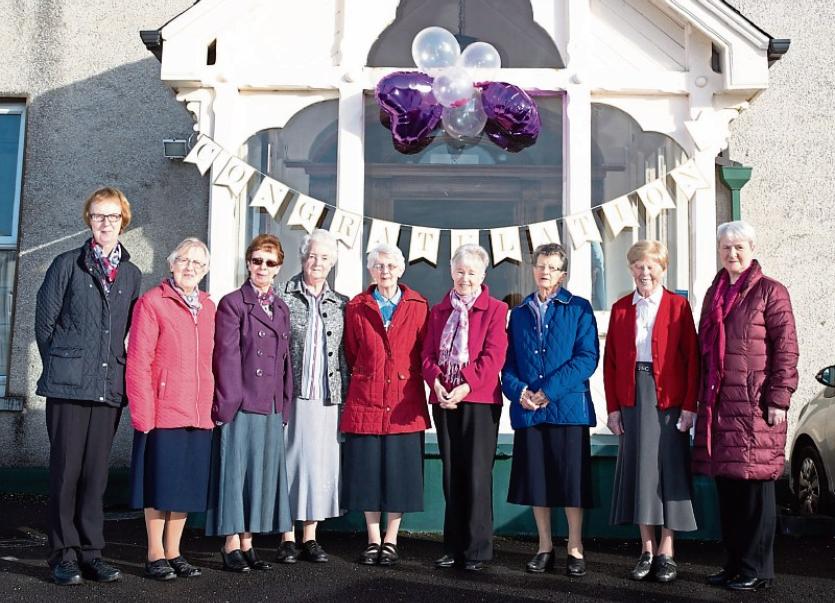 A CENTURY of learning, friendship and fun was marked as the Salesian Sisters left their Fernbank convent for the final time.

In October 1920, with Ireland in the grip of the War of Independence and the world recovering from a pandemic (sound familiar?), four Salesian Sisters arrived into Colbert station – three from Italy, one from England.

They initially moved into Thomas Street before moving to what would become their long-term home just off the North Circular Road.

Now, with the numbers in the order dwindling, the remaining Salesian Sisters are moving out of the convent into houses across the city.

Tears were shed at the convent beside Salesians primary school as the final farewells were said to the Sisters, who have formed an integral part of education across the city for decades.

Jenny Dooley-Ryan, sixth class teacher at the Salesians primary school, said: “I speak for our staff when I say you have been the best teachers, the sweetest neighbours, and the most faithful friends. We’ll miss the friendly waves in the morning when we start the day, and that feeling that no matter what time you’re in the school, you’re never alone. Words cannot justify how much we will miss you.

Sr Betty Baker says she is confident the “beautiful” Salesian ethos will live on through the students of the girls school, even if their wider ministry is diminishing.

“There are people who have imbibed what we have been doing over the years and how we’ve operated. If that lives on in people, our ethos, our tradition, will live on for generations to come. We all carry with us memories and values from our past, from people significant to us, and I think that will continue into the future,” she said.

Messages were read to the sisters from former pupils and teachers at the Salesians.

Deirdre Cusack said: “Your doors are always open – full of love and smiling faces, full of warmth. I’ll never forget your kindness and generosity of spirit.”

Michelle Ryan-Lonergan added: “I feel so blessed at being part of the Salesian community for so many years.”

In a sign of these Covid-19 raged-times, the current crop of students could not be present at the ceremony.

Instead, a heartfelt video message was played through a laptop.

The sisters were presented with a cake and flowers, with primary school principal Claire Rea saying: “These plants will remind you that things don’t stop. Life continues.

"Just because things change, it doesn’t mean it’s a bad thing. It just means it’s a change, and it’s what we make of that change. These flowers will hopefully go in your garden. And Roses are very resilient – just like Salesians Sisters,” she added.

To mark their tenure, a rose bush will also be planted in the school’s garden, while students have been given seed packs. Children from Salesians drew around their hands for a poster, with staff members adding kind words about how the Sisters have positively influenced their life.

In a special message, Mayor Michael Collins said: “The Salesian Sisters defined the education of our city, laying a foundation for knowledge and tuition to flourish in Limerick against all the odds. What an extraordinary achievement that your inspirational work is still continuing in the city where it all began a century ago!”

The Peter, Paul and Mary Song, The Garden Song, which is an anthem of the Sisters, was played on the loudspeakers, with all present joining in.​ As for the convent itself, it is being sold to Limerick Twenty Thirty as part of the development of the old Cleeve’s factory. But the memories of the Salesian Sisters, and their decades of service to education in the city, will live on in the three-storey premises for a long time to come.