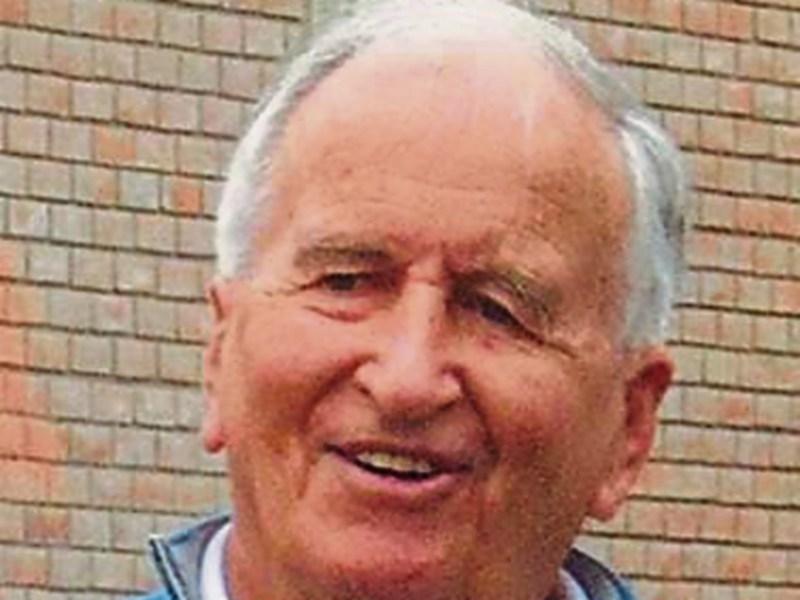 Last Sunday week was World Mission Sunday and the church service on RTÉ One was Mass celebrated by Archbishop Jude Thaddeus Okolo, an African Archbishop and the Apostolic Nuncio to Ireland.

During Mass he spoke about the many Irish missionary priests that did great work down through the years in so many countries throughout the world.

On October 17 a priest from Limerick died suddenly of natural causes while on a visit to his sister Esther in Long Island, New York.

Father Gerard O’Meara, 89, was well-known to all the older residents and friends in this area. He was a person of deep religious faith who possessed a modest disposition with warmth of personality, that endeared him to all.

He made friends easily and his company and good humour were always welcome for he enjoyed meeting people and engaging with them in conversation.

He lived his early life at O’Meara’s shop, Ballinacurra with his parents Dan and Mary O’Meara and his six siblings, one brother and five sisters.

Father Gerard studied and was ordained a priest of the St. Patrick’s Missionary Society in the Kiltegan College, Co. Wicklow. On ordination he spent a few early years in Glasgow, Scotland.

Cardinal Cushing, USA, came to Ireland seeking volunteers for the new Missionary Society of St. James the Apostle which the then Pope John XX111 wanted to set up in Peru.

Fr O’Meara volunteered and spent 57 years living and working with the people of Lima, Peru.

He retired, after serving actively, in 2003 and was incardinated into the Archdioceses of Boston in 1976.

A number of years ago he celebrated his golden jubilee as a priest at the Mount Convent chapel where his Cork born superior and colleague in Peru spoke in glowing terms about his contribution and missionary service and his work amongst the people of Lima who loved and respected him.

On his retirement, each year he visited his sister Esther in New York and he came home to visit family, relatives and friends here.

He was very close to his family and was there to support them through their joys and sorrows. He celebrated Mass in the Mount convent chapel each day for the Mercy Convent nuns and he enjoyed visiting his remaining family and extended family members and cousins.

On one of these visits he was asked “would he spend his final years at home in Ireland?” He responded he would not because he would be going back to Lima for “these were his people now.”

His fellow St James Society alumni remember him as a happy, generous and supportive brother priest who loved Peru and its people and relished all the years he served there. Fr. David Costello, the Society’s present director and fellow Limerick man was the principal celebrant of Fr Gerard O Meara’s funeral at St Raymond of Penafort Church, East Rockaway NY.

He said he spoke at length with Fr Gerard on October 16 and he was in good form and making plans to go home to Ireland for Christmas.

His funeral Mass was celebrated at St. Joseph’s church by his West Cork friend and colleague in Peru Father Joe McCarthy.

He is dearly missed by his sisters Esther and Bernie, sister in law Maura, nieces, nephews, grand-nieces and grand-nephews extended family, wide circle of friends and his fellow clergy in the missionary society of St. James the Apostle.